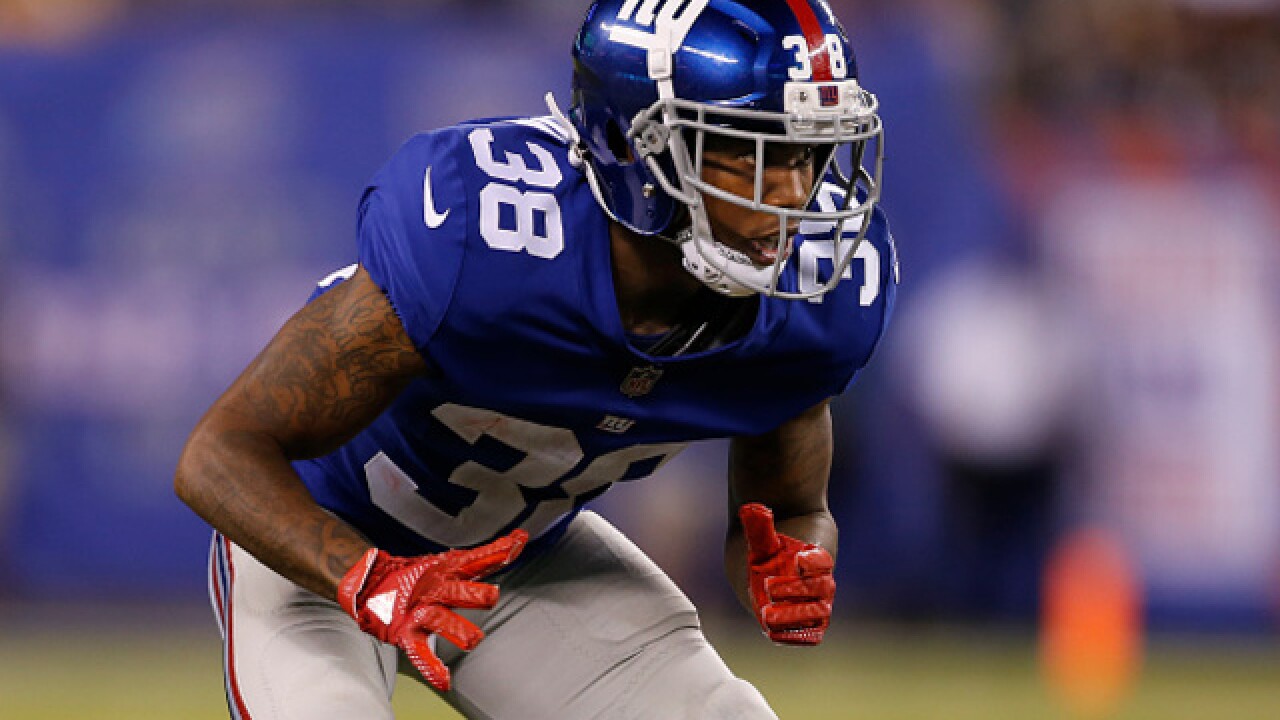 Copyright 2017 Scripps Media, Inc. All rights reserved. This material may not be published, broadcast, rewritten, or redistributed.
Rich Schultz
<p>EAST RUTHERFORD, NJ - AUGUST 11: Donte Deayon #38 of the New York Giants in action during an NFL preseason game against the Pittsburgh Steelers at MetLife Stadium on August 11, 2017 in East Rutherford, New Jersey. (Photo by Rich Schultz/Getty Images)</p>

Former Boise State Bronco Donte Deayon has he has been called up from the practice squad to fill in for Dominque Rodgers-Cromartie who left the giant's team facility.

Deayon was an undrafted free agent in 2016.  He did sign with the Giants’ practice squad to the 53-man active roster

Deayon is expected to make his regular-season debut Sunday against the Denver Broncos alongside former Boise state teammate -- Darian Thompson.

Deayon started 36 of 40 games with Boise State and finished his college career with 155 tackles and 17 interceptions.