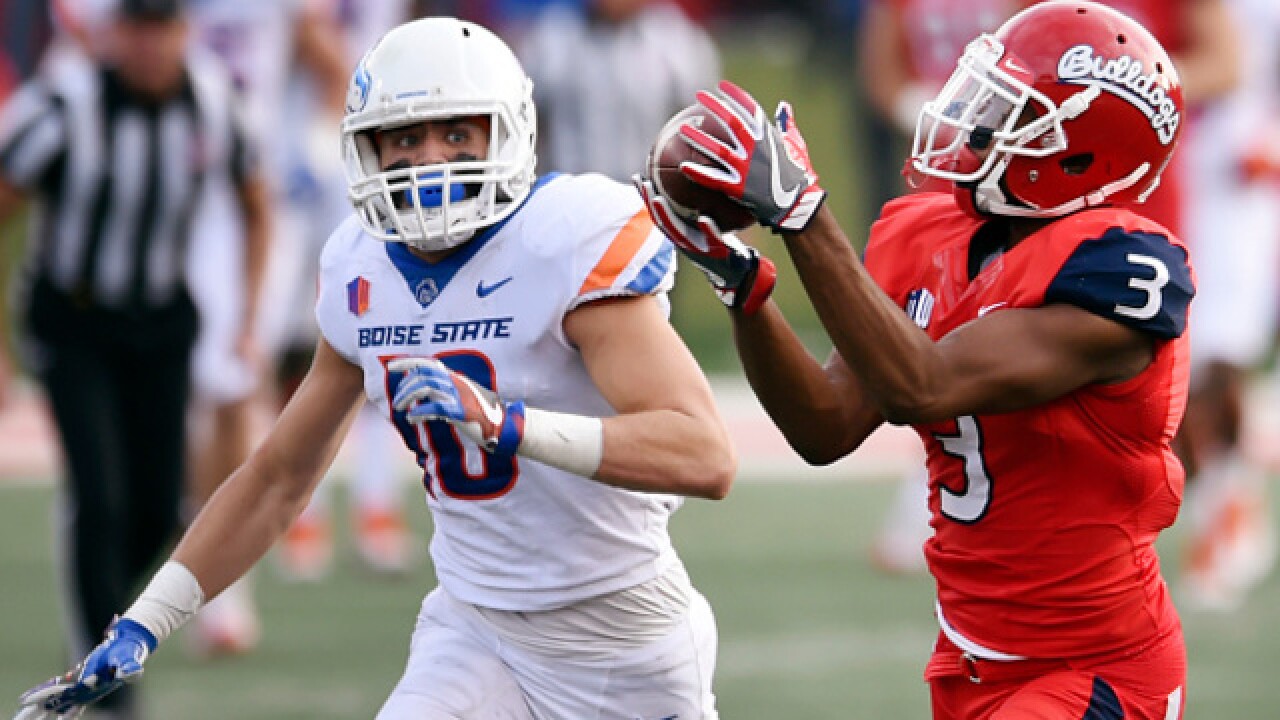 Marcus McMaryion threw for 332 yards and two touchdowns and Fresno State beat No. 25 Boise State 28-17 on Saturday in a preview of the Mountain West title game.

West champion Fresno State (9-3, 7-1) and Mountain winner Boise State (9-3, 7-1) had already wrapped up the division titles. They will meet Saturday in the MWC championship game at a site to be determined.

A summer transfer from Oregon State, McMaryion was 23 of 36 with no interceptions. He put away the game with an 81-yard strike to KeeSean Johnson midway through the fourth quarter.

Fresno State held Boise State's to its fewest points of the season.

The Bulldogs entered the game with the Mountain West Conference's leading scoring defense, allowing 17.3 points per game for 12th in the nation. They stayed true to that average against a Broncos offense that averaged a MWC-best 34.8 points per game before Saturday.

Boise State: Broncos quarterback Brett Rypien put up his usual numbers (22 of 31, 278 yards), but came away with no points in three drives into Fresno State territory in the first half. That has to be a concern in the rematch. Boise State's secondary did nothing to take away McMaryion's short game, which rendered the stout defense pointless as Fresno State controlled the ball for more than 32 minutes.

Fresno State: First-year Bulldogs coach Jeff Tedford has turned around a program that went 1-11 last season with an eight-win turnaround. Known for his offensive expertise, it's Fresno State's defense that has fueled their championship run. Seven players had between five and eight tackles, meaning someone was always making a play, even if it was no one in particular.