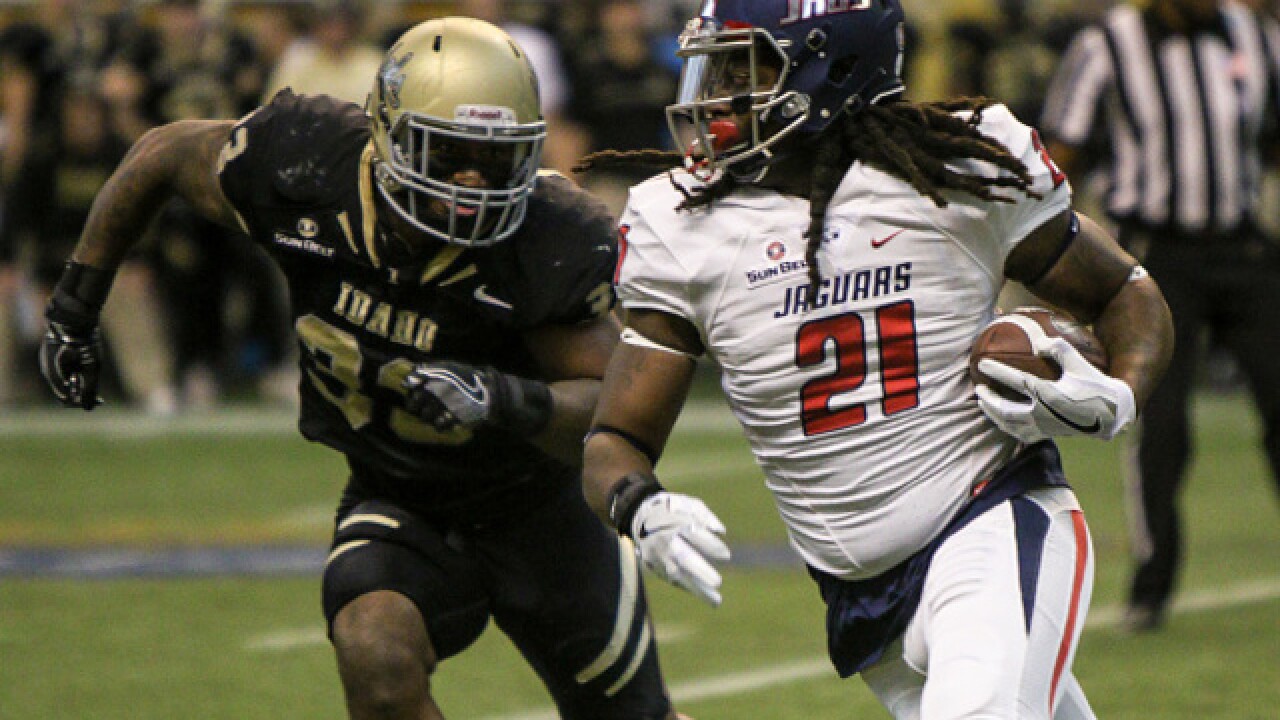 Copyright 2018 Scripps Media, Inc. All rights reserved. This material may not be published, broadcast, rewritten, or redistributed.
Loren Orr
<p>MOSCOW, ID - NOVEMBER 26: Tight end James Bynes #21 of the South Alabama Jaguars tires to get around the defense of linebacker Tony Lashley #33 of the Idaho Vandals during first half action on November 26, 2016 at the Kibbie Dome in Moscow, Idaho. (Photo by Loren Orr/Getty Images)</p>

This might add some fuel to the fire between the rivalry of Boise State and Idaho.  Boise State announced that Idaho linebacker Tony Lashley will be joining Boise State football team this season.  The two schools haven't faced each other on the gridiron since 2010 but this might spice things up.

Lashley will join a Boise State program that is coming off of an 11-3 campaign in which it captured its third Mountain West crown, and defeated Oregon, 38-28, in the Las Vegas Bowl.