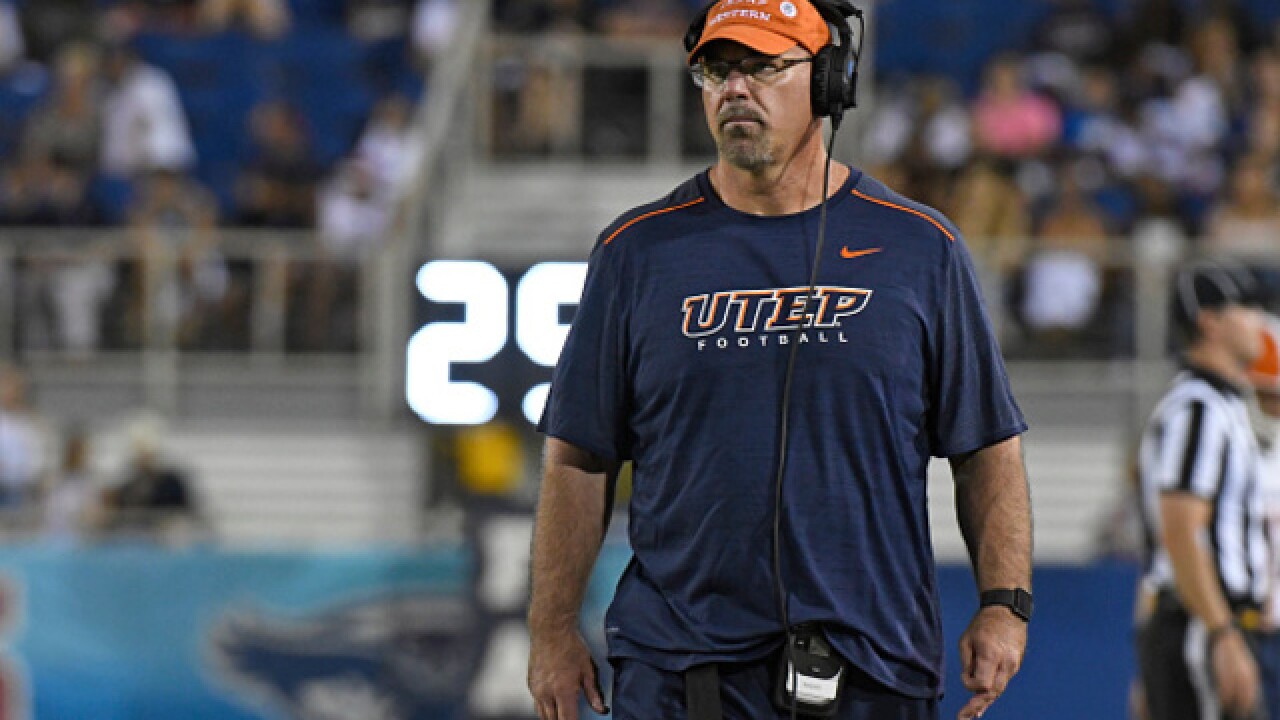 Copyright 2017 Scripps Media, Inc. All rights reserved. This material may not be published, broadcast, rewritten, or redistributed.
Eric Espada
<p>BOCA RATON, FL - NOVEMBER 12: Head coach Sean Kugler of the UTEP Miners walks the sideline during the first half of the game against the Florida Atlantic Owls at FAU Stadium on November 12, 2016 in Boca Raton, Florida. (Photo by Eric Espada/Getty Images)</p>

Former Boise State offensive line coach Sean Kugler has stepped down as the head coach of the University of Texas-El Paso.

Kugler was offensive line coach under coach Pete when the Broncos beat Oklahoma in the first fiesta bowl and finished the season undefeated.  The Miners lost to Army on Saturday falling to oh and five on the season.