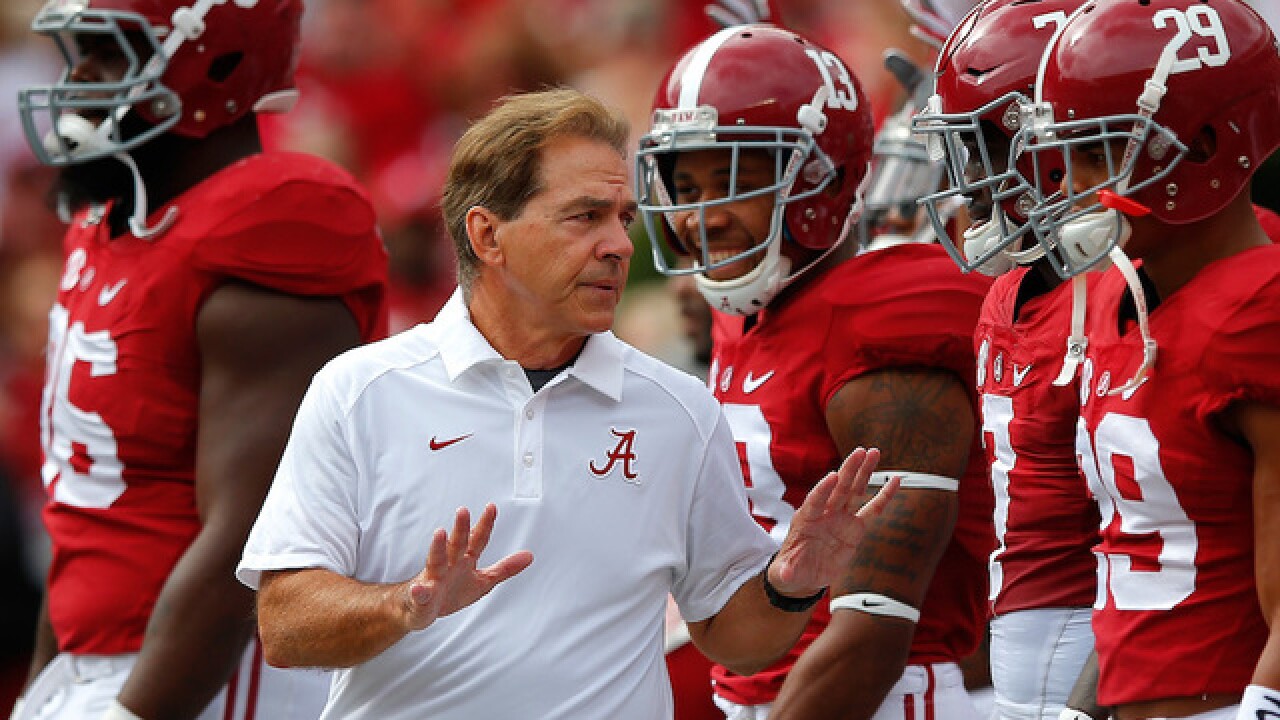 With five weeks remaining in the college football season, the College Football Playoff selection committee unveiled the first poll, and there is little surprise at who is at the top.

Alabama, the defending national champs, was ranked No. 1 in the poll released Tuesday, followed by the 2017 champs No. 2-ranked Clemson. With Alabama and Clemson both sporting unbeaten records, it is not surprising to see the two squads at the top of the ranking.

But the selection committee's third choice might leave some fans scratching their head.

Rather than picking unbeaten Notre Dame at No. 3, the selection committee slotted one-loss LSU as the third pick. Notre Dame, who has a win over Michigan who is ranked at No. 5 in the CFP ranking, was at No. 4.

With the toughest part of Notre Dame's schedule in the past, and no remaining Top 25 games remaining on the schedule, the Irish's chances of making the College Football Playoff are in question given that a one-loss team is already ahead of Notre Dame. A group of other one-loss teams are poised to potentially overtake Notre Dame at the No. 4 spot since most of those squads will get the opportunity to play in a conference title game.

With Notre Dame being an independent, the Irish do not get the benefit of playing in a conference championship.

Behind Michigan is a quintet of teams sporting 7-1 records going into Week 9. Those teams are No. 6 Georgia, No. 7 Oklahoma, No. 8 Washington State, No. 9 Kentucky and No. 10 Ohio State.

UCF, who is the only other unbeaten team besides Alabama, Clemson and Notre Dame, was ranked No. 12.

The top four teams at the end of the season advance to play in the College Football Playoff.