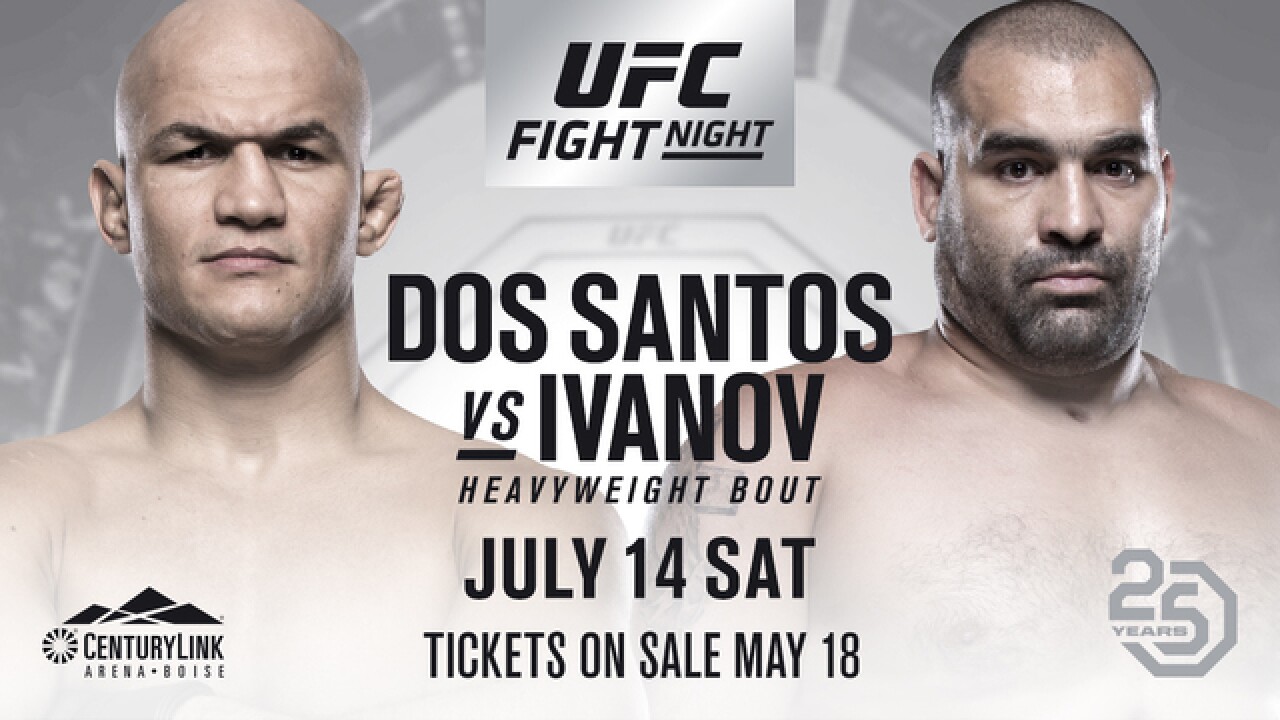 Dos Santos (18-5-0) prepares for his 17th fight with UFC. The 34 year-old Brazilian fighter will take his first fight since May 2017.  Dos Santos has alternated wins and losses over his last eight fights, dating back to May 2012. He held the UFC Heavyweight Title from November 2011 until December 2012, winning the belt from Cain Velasquez.  Dos Santos has earned eleven wins in his pro career via knockout or TKO.

Ivanov (16-1-0) carries a five-fight winning streak into his UFC debut, most recently winning via unanimous decision at Professional Fighters League’s “PFL: Fight Night” in November against Caio Alencar. The 31-year-old Bulgarian heavyweight held the Heavyweight Title for World Series of Fighting since June 2015.