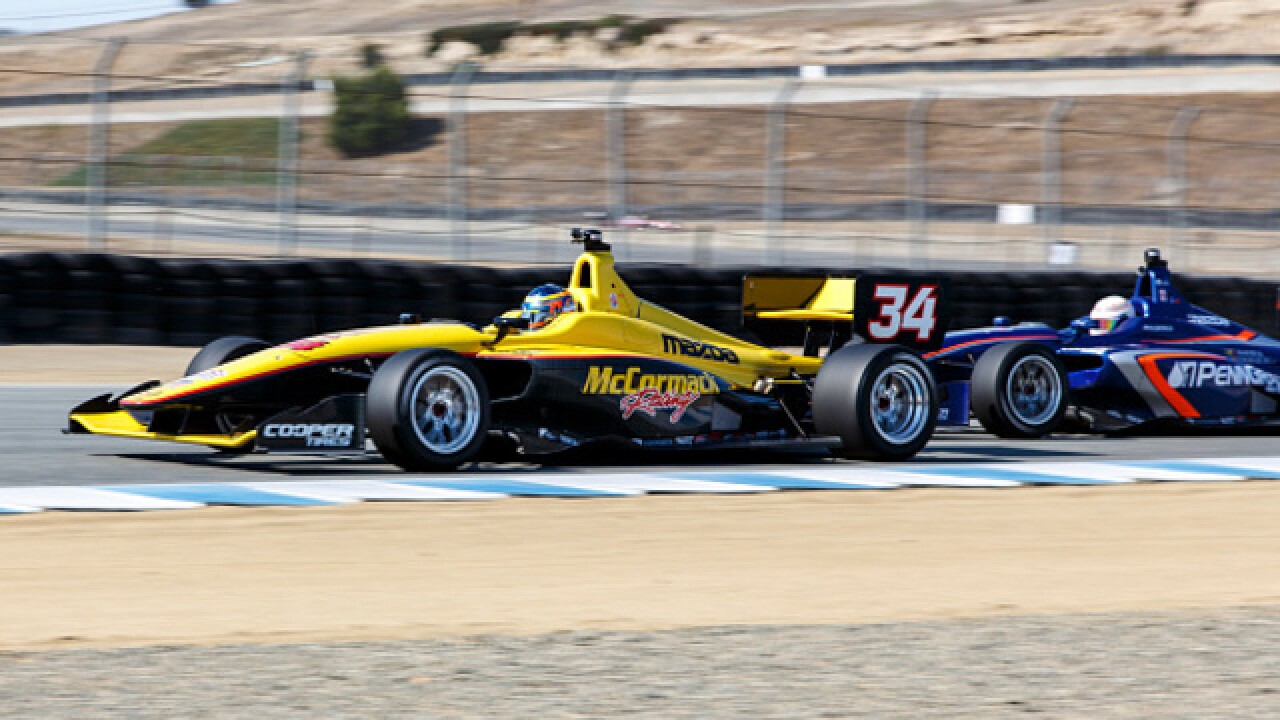 Copyright 2018 Scripps Media, Inc. All rights reserved. This material may not be published, broadcast, rewritten, or redistributed.
Icon Sportswire
<p>September 10, 2016: Davey Hamilton Jr. in the McCormack Racing Indy Lights (#34) during qualification for the Indy Lights races at the Mazda Road to Indy held September 9-11,2016 at Mazda Raceway in Monterey CA.(Photo by Allan Hamilton/ Icon Sportswire)</p>

This Sunday is one of motorsports biggest race days on the track as the Indianapolis 500 will be on display.  Idaho’s own Davey Hamilton, Jr. Aims to continue the legacy his family began at Indianapolis motor speedway, competing in Friday's Freedom 100 for Indy Lights.

Hamilton, Jr. has had a varied career of national sprint car championships, USAC Silver Crown competition, and Stadium Super Trucks.  The Freedom 100 will mark his third start in the Indy Lights after making his debut in 2016 at Laguna Seca for a doubleheader weekend.

“There hasn’t been a Hamilton here since 2011.  To bring it back is really exciting and I’m looking forward to it,” Hamilton said.  “I’ve been talking with Pelfrey since 2014 so now that we’re finally able to put something together it is exciting.  I know they have a proper program and they can compete up front.”

Friday, May 25th marks the Freedom 100 as part of Carb Day festivities at Indianapolis Motor Speedway.  The race airs live at 12:30 pm Eastern on NBC Sports Network. Hamilton ends the busy week with the prestigious Little 500 on Saturday night.