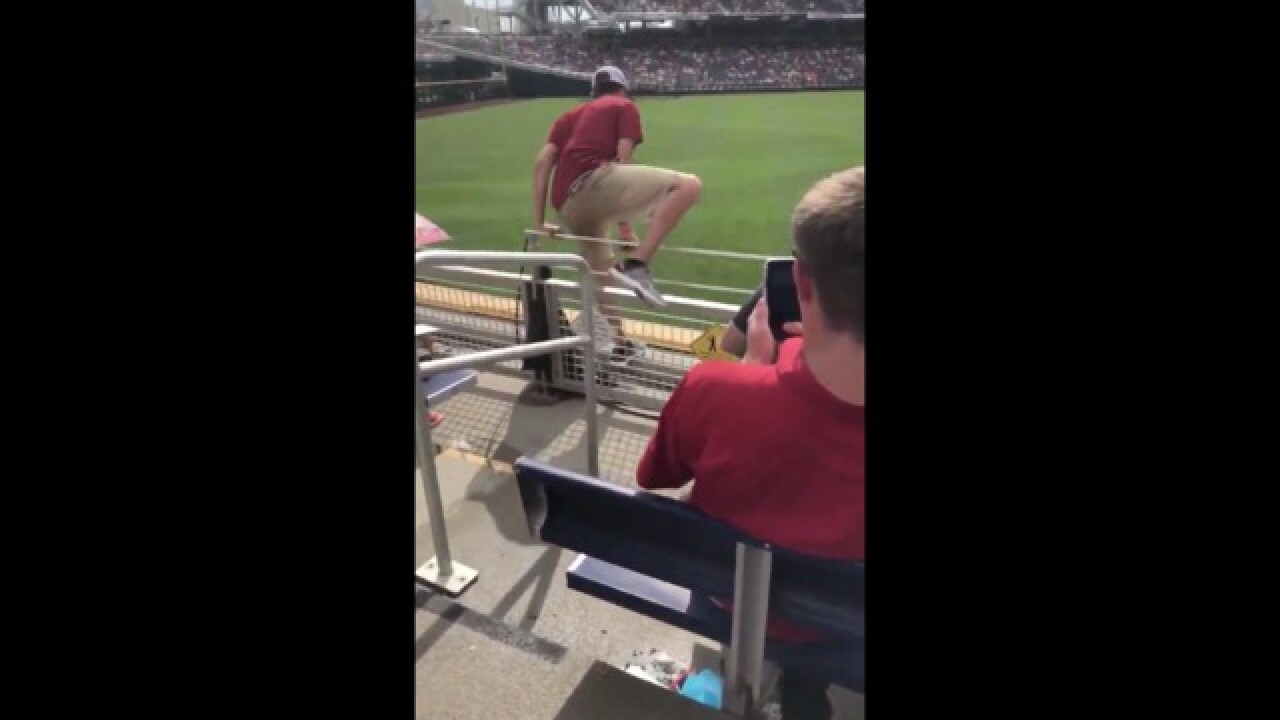 Copyright 2018 Scripps Media, Inc. All rights reserved. This material may not be published, broadcast, rewritten, or redistributed.
<p>A fan at the College World Series jumped onto the field during rain delay of Arkansas vs. Texas. Photo via @Barstool_UT on Twitter.</p>

It wouldn't be the College World Series without a good old fashioned field-storming. During the rain delay, one fan got a little antsy and decided to jump onto the field, but was met by what could only be a linebacker disguised as a TD Ameritrade Park grounds crew member.

While taking a time-lapse of the tarp coming off the field, we caught the interaction on video:

Tarp comes off the field? ✅

Here's a better look of the hit from Barstool Hook'em on Twitter: