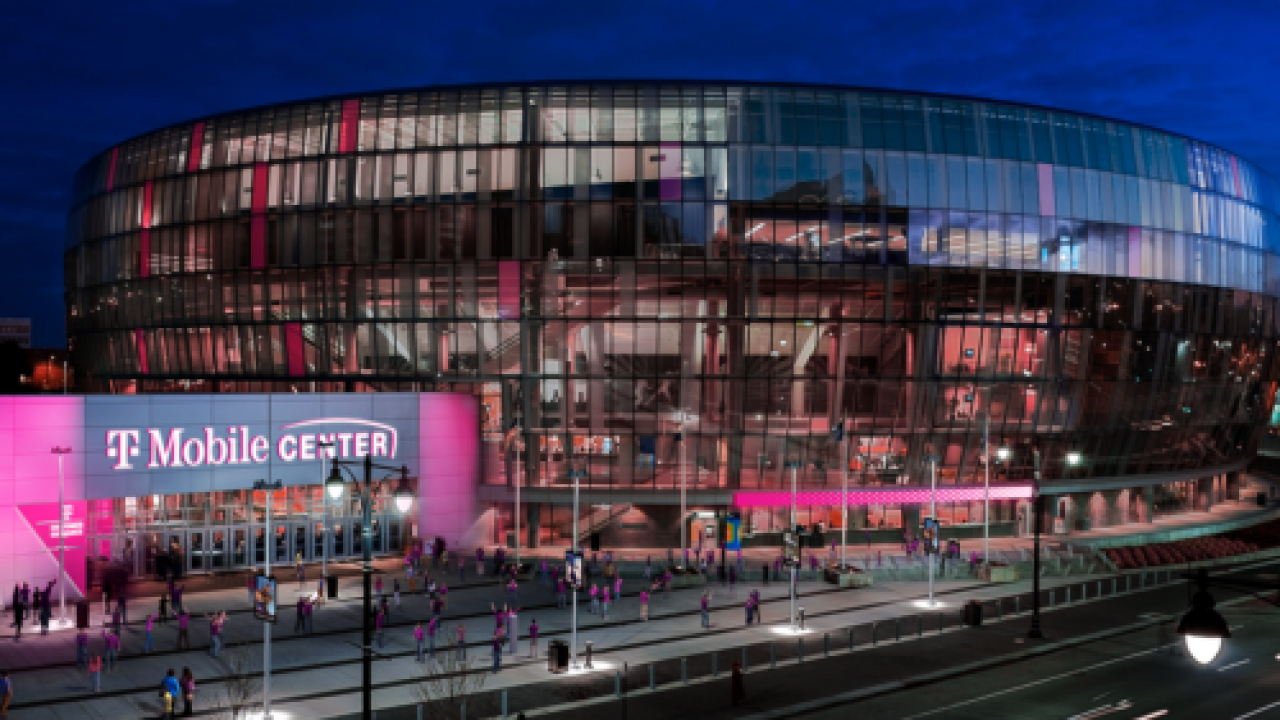 Courtesy T-Mobile
Kansas City's Sprint Center will now be called the T-Mobile Center because of the company merger taking place.

KANSAS CITY, Mo. - The latest effort to bring the NBA to Kansas City is gaining momentum.

With the Toronto Raptors reportedly looking for a temporary home for the upcoming 2020-21 NBA season, Kansas City, Missouri, Mayor Quinton Lucas, congressional leaders on both sides of the state line, and even Chiefs quarterback Patrick Mahomes have joined the push to bring the 2019 NBA champions to the City of Fountains.

“I think it is something that Kansas City will shine at,” Lucas said.

City officials and local congressional leaders sent a letter to NBA Commissioner Adam Silver offering the T-Mobile Center in downtown KCMO as a temporary home for the Raptors during the 2020-21 season, which is expected to begin in December.

"Kansas City is well-suited to host the Toronto Raptors for the 2020-2021 NBA season and our dynamic fans would be thrilled to adopt the team as our own," a letter signed by civic leaders.

Lucas signed the letter along with U.S. Rep. Emanuel Cleaver II, a Missouri Democrat and former KCMO mayor, and three Republican U.S. senators, Roy Blunt from Missouri and both Pat Roberts and Jerry Moran from Kansas.

The temporary relocation is being considered due to travel restrictions put in place by the Canadian government, which has imposed a mandatory 14-day quarantine and other restrictions on U.S. travelers amid the COVID-19 pandemic.

"Kansas City sports fans are unmatched, already providing an avid fanbase for the Chiefs, the Royals, and Sporting — and would be eager to extend that support to the Raptors," the letter said. "Our T-Mobile Center, a first-class arena located in the heart of downtown, would make a great home for the Raptors as they look to match last season’s impressive winning record."

The letter also highlighted Kansas City's "wonderful food, attractions, and entertainment for basketball fans of all ages" along with "the fifth fastest-growing downtown population in the nation, according to the Brookings Institute" and convenient travel options.

Other cities also are angling to attract the Raptors, if a move becomes necessary, but Kansas City also views the opportunity as an audition of sorts.

“This to me isn't just about temporary relocation,” Lucas said. “It's about in the future. If there are other teams that are thinking about more permanent relocation, or expansion for the NBA.”

The T-Mobile Center last hosted an NBA event on Oct. 13, 2017, a preseason game between the Miami Heat and Philadelphia 76ers.

After what was viewed as a successful trial run, Oklahoma City was awarded a team three years later when the Seattle SuperSonics relocated for the 2008-09 season.

“We're excited to see a situation where people say, ‘Wow, Kansas City has it going on,’" Lucas said. “This helps our community."

The NBA is reportedly targeting Dec. 22 as opening day for a shortened 2020-21 season with teams returning to training camp in early December.

This story was first reported by Aaron Ladd at KSHB in Kansas City, Missouri.