Broncos on path for a MW Title 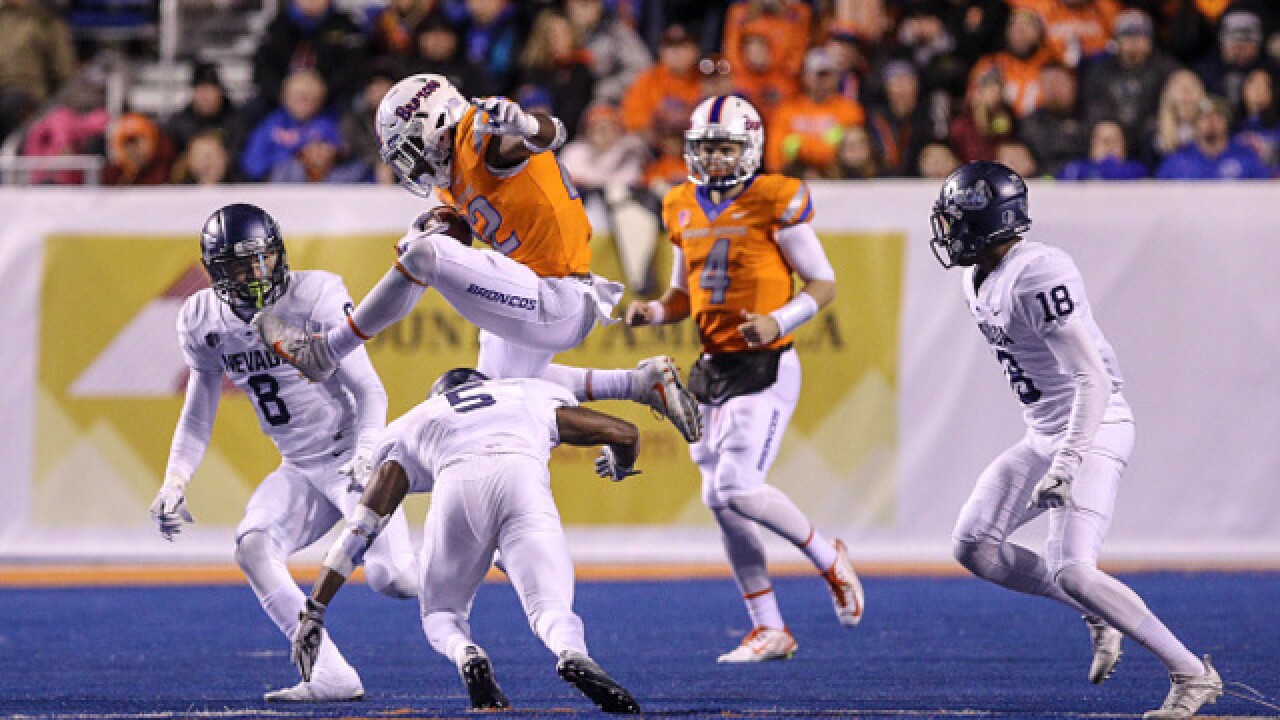 Copyright 2017 Scripps Media, Inc. All rights reserved. This material may not be published, broadcast, rewritten, or redistributed.
Loren Orr
<p>BOISE, ID - NOVEMBER 4: Running back Alexander Mattison #22 of the Boise State Broncos jumps right over the tackle attempt of defensive back Dameon Baber #5 of the Nevada Wolfpack during second half action on November 4, 2017 at Albertsons Stadium in Boise, Idaho. Boise State won the game 41-14. (Photo by Loren Orr/Getty Images)</p>

The Broncos paved an easier path to the Mountain West Title game after a 41 to 14 win against the Nevada Wolf Pack Saturday.

There are just three games left on the regular season schedule, and two of those are on the road. For now, Boise State is in the driver’s seat atop the mountain division of the Mountain West Conference.

The Broncos made their path to the Mountain West title game much easier with a 41 to 14 win against the Nevada wolf pack last night on the blue.

Even with everything the did last night on the field their goals for this season are still not met.

"You know it feels good,” said Safety, Kekoa Nawahine.“That goal is still in place and it's still obtainable but at the end of the day, that is still the goal.  We haven't accomplished that yet our mentality moving forward we take it one week at a time and knowing that the end goal and we get there by approaching each game one at a time."

The Broncos started off slow against Nevada but picked up speed towards the end of the game. The team had a season-high 479 yards of total offense while quarterback Brett Rypien finished the game 20-for-27 for 258 yards and two touchdowns. The Broncos remain undefeated in the conference.

"I thought he looked really comfortable and that's a big thing for a quarterback to go out there and play loose and really just sling the rock around and he has done a great job of that,” said Tight End Jake Roh.

The defense shined. They had three interceptions, marking the first three-interception game since 2015.

With the win over Nevada, the Broncos are guaranteed a spot in the championship game of the Mountain West Conference as long as they have two more wins.