Broncos looking to get back the MWC Title Game 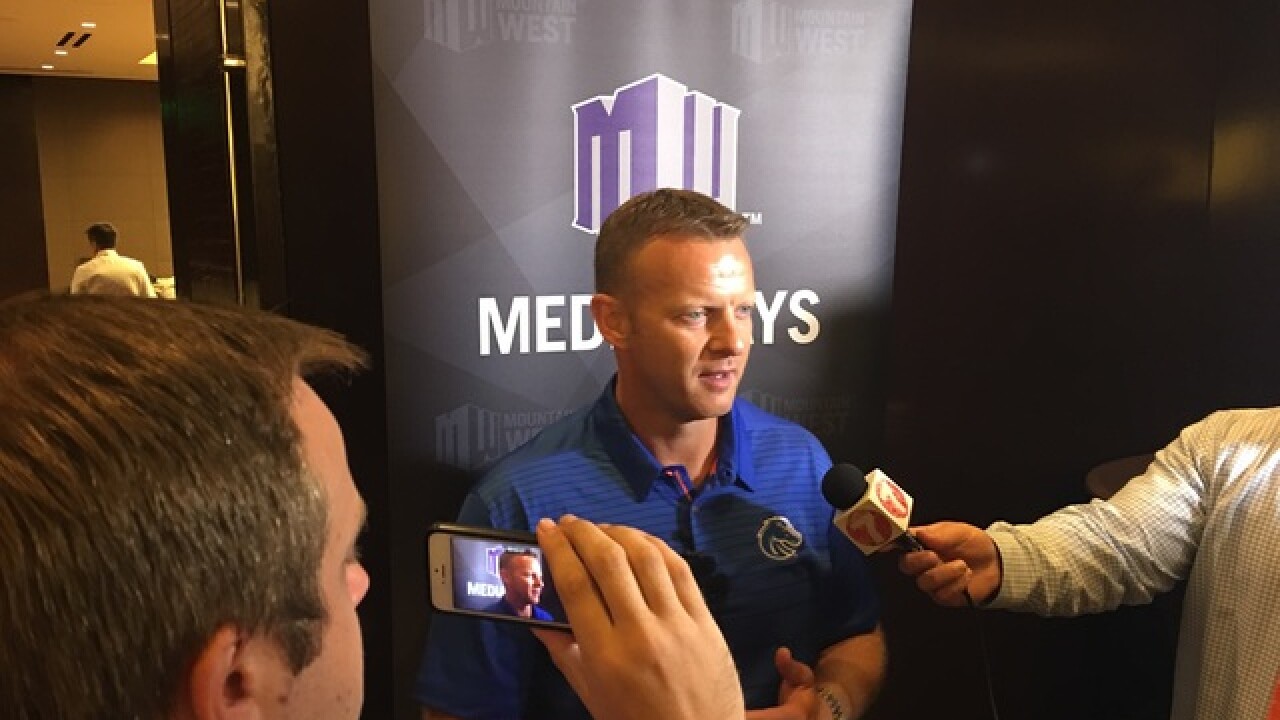 It's been three years since the Broncos last played in the Mountain West title game.  The last time they played for the championship was in Bryan Harsin's first year as coach for Boise State.

Even with just nine starters returning.  The Broncos are expected to challenge for a Mountain Division title.

"Everbody is hungry on the offense and defense and special teams everybody wants to play and everybody is not satisfied," said, Nose Tackle David Moa.

The road schedule this year will make the Broncos path to a division title even more difficult.  They face some tough tests away from Albertsons stadium including a non-conference game at Washington State in Pullman.

A non-division game at San Diego State who has been picked to win its division unanimously, and a road trip to Colorado State who was picked to finish second behind the Broncos in the Division.

To make it even more difficult Boise State most play a pair of triple option teams with New Mexico and Air Force.

Scheduling isn’t the only obstacles for the Broncos there have been several off season coaching staff this offseason.  Among those changes, Zak Hill will be calling plays full time this season.

It’s not Hills first time calling playings he ran the offense at Eastern Washington early in his career capturing the 20-10 national title.

Coach Harsin says Hill calling the plays is the best fit for the program moving forward... As it allows him to become more of a complete coach.

"He's been around good coaches and he has seen where offenses have had the success.  He sees where they don't.  He is in that position now where he is ready to do it.  I'm also excited to working with the defense more and being over there and being apart of that and being on special teams and being in every coach's room,” said, Head Coach Bryan Harsin.