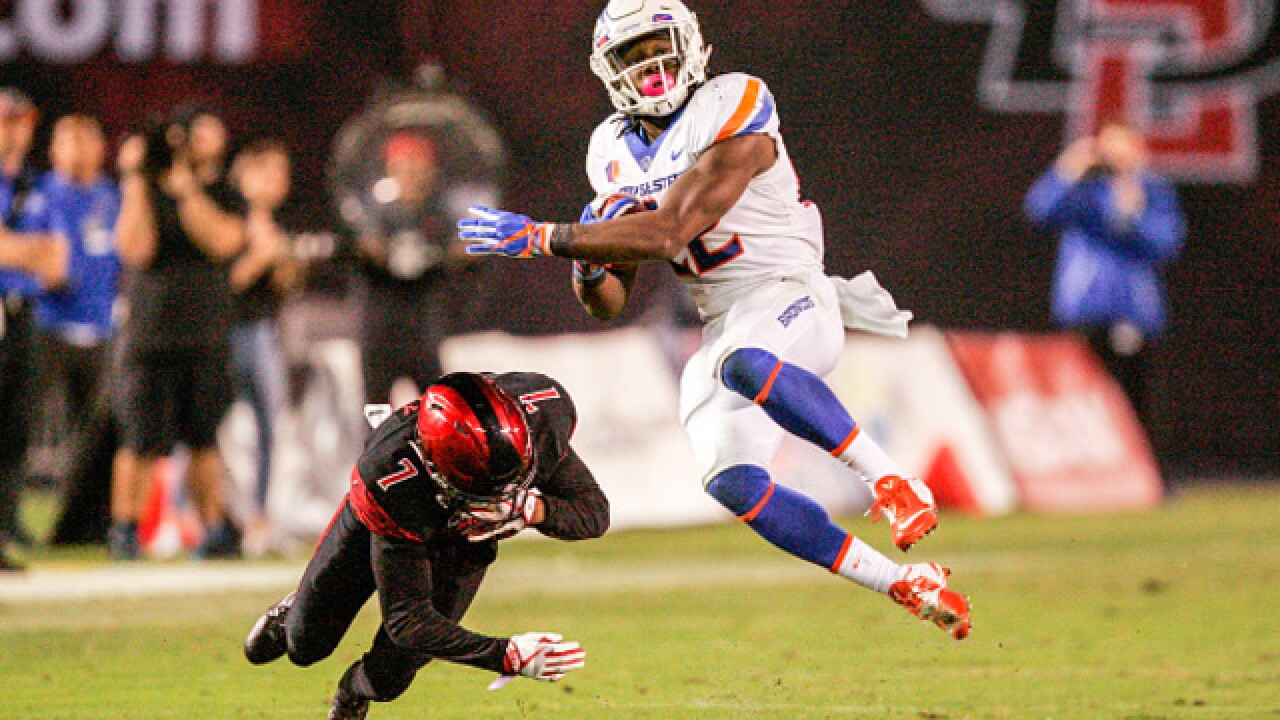 Copyright 2017 Scripps Media, Inc. All rights reserved. This material may not be published, broadcast, rewritten, or redistributed.
Kent Horner
<p>SAN DIEGO, CA - OCTOBER 14: Alexander Mattison #22 of the Boise State Broncos is tackled by Kameron Kelly #7 of the San Diego State Aztecs during the 2nd half at SDCCU Stadium on October 14, 2017 in San Diego, California. (Photo by Kent Horner/Getty Images)</p>

Alexander Mattison ran for 128 yards and a touchdown and Boise State's defense kept star running back Rashaad Penny in check to beat No. 19 San Diego State 31-14 on Saturday night.

Penny was limited to 53 yards and a touchdown on 21 carries. It was his first game under 100 yards rushing this season for the Aztecs (6-1, 2-1 Mountain West).

It was the start of an overwhelming performance for Boise State (4-2, 2-0) on defense. The Broncos had 12 tackles for a loss, including four sacks, and San Diego State didn't cross the 50-yard line until the middle of the second quarter.

Brett Rypien threw a 3-yard touchdown pass to tight end, Jake Roh, to put the Broncos up 21-0 in the second quarter. Rypien completed 11 of 19 passes for 72 yards.

SDSU chipped away when Chapman hit Fred Trevillion on an 89-yard touchdown pass in the third quarter, and Penny added an 11-yard score in the fourth.

Mattison padded the lead with a 4-yard TD run with 4:52 left.

Boise State: The Broncos won their first game over a ranked opponent as an unranked team since September 2008.

San Diego State: Penny turned his second attempt of the game into a 21-yard gain, making him the sixth Aztec player to have multiple 1,000-yard rushing seasons. He didn't do much else, and as he goes, so go the Aztecs.