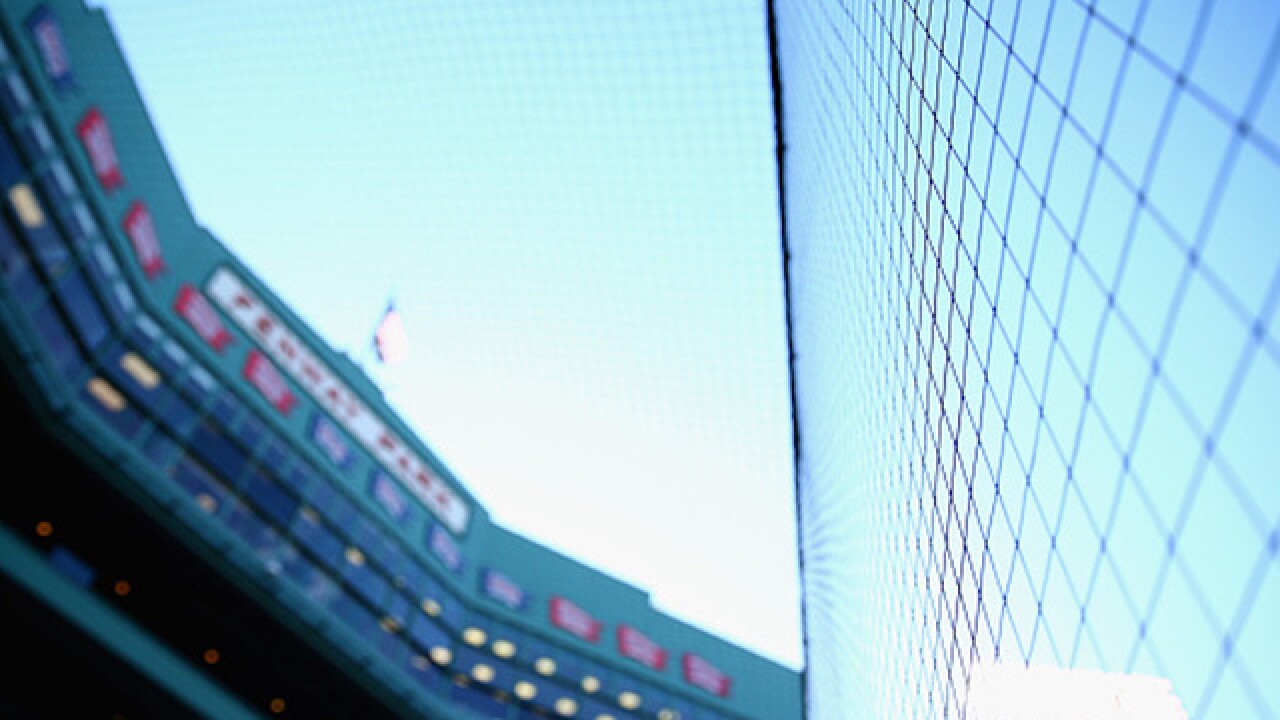 Copyright 2018 Scripps Media, Inc. All rights reserved. This material may not be published, broadcast, rewritten, or redistributed.
Maddie Meyer
<p>BOSTON, MA - APRIL 20: A view of the protective netting at Fenway Park before the game between the Boston Red Sox and the Tampa Bay Rays on April 20, 2016 in Boston, Massachusetts. The new netting extends between the home and visitors dugouts. (Photo by Maddie Meyer/Getty Images)</p>

All 30 Major League Baseball teams will have protective netting extended beyond the minimum requirements in 2018.

On Tuesday, the Arizona Diamondbacks and the Tampa Bay Rays announced they will be extending netting to the length of each dugout to protect fans from foul balls. With both team's announcements, all 30 teams have now decided to extend the netting beyond the minimum requirements set in place by the MLB.

We're expanding the protective netting at both Tropicana Field and Charlotte Sports Park this season.

#Dbacks announce changes to the netting at Chase Field. pic.twitter.com/NP8ROBEP6D

"Providing baseball fans with a variety of seating options when they come to the ballpark, including seats behind protective netting, is important,” MLB commissioner Robert Manfred said in a statement to the New York Daily News. “Major League Clubs are constantly evaluating the coverage and design of their ballpark netting and I am pleased that they are providing fans an increased inventory of protected seats."

In 2015, MLB issued an official recommendation that teams should lengthen the amount of seats protected by netting.

The change has been prompted by a number of high-profile incidents in which fans have been injured by bats or balls flying into the stands. Last season, a young girl was hospitalized after she was struck by a 105-mph foul ball at Yankee Stadium in New York. In 2015, a woman suffered life-threatening injuries and had to be carried out of Boston's Fenway Park when she was hit by a broken bat that went into the stands.

Critics of the extended netting argue that the added protection would take away from the intimacy of MLB ballparks that limit interactions with players.