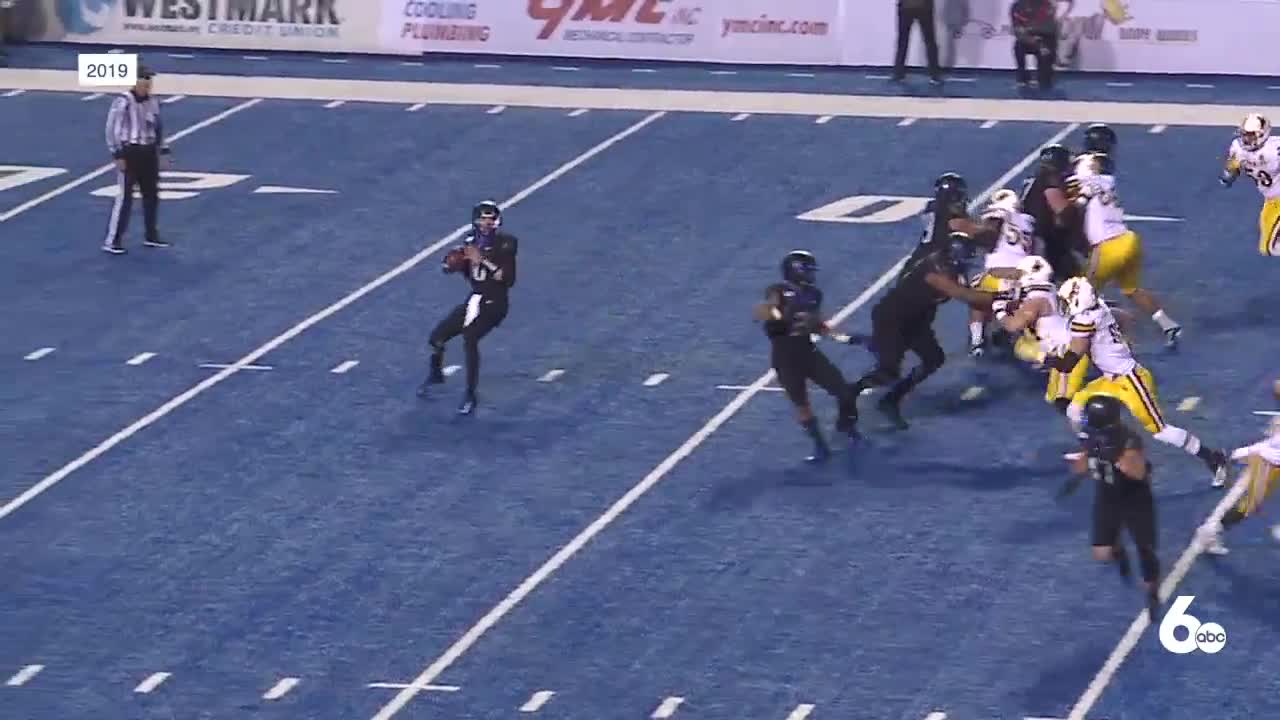 Could Broncos football make a return to “the blue?” Boise State executives seem to think so.

BOISE, Idaho — Could Broncos football make a return to “the blue?” Boise State executives seem to think so.

After the Mountain West commissioner released a statement Wednesday saying they’re working on solutions to facilitate a return to play, Boise State Athletic Director Curt Apsey said Thursday he’s more confident and "more positive than he’s ever been" in a return to Broncos sports.

"I’m confident that we’re going to see some kind of season for sure," said Apsey in a virtual town hall Thursday, when asked about football specifically.

"Nobody wants to play football more than the Broncos. We’re really excited about the prospect," said Dr. Marlene Tromp, President of Boise State.

It wasn't made clear whether the long-awaited return would happen this fall or in the spring, but Apsey and Tromp both expressed optimism.

"Boy, we are looking forward to the future," said Tromp.

Tromp said they’re looking to universities across the country right now to learn of new technologies they are using to keep athletes, faculty and staff healthy.

"From the beginning, our priority has been the health and wellbeing of our students, athletes, and the staff, and coaches that surround [them], and our community, so that always had to be the driver," said Tromp.

Tromp wrote in a letter earlier this week that Boise State Athletics likely will lose $10 to $15 million dollars this academic year — and as much as $30 million if a football season doesn't happen.

They also announced that all employees in the athletic department earning more than $40,000 per year will be affected by furloughs and pay cuts.

"As you all probably know, we’ve already put in place many significant cost-saving measures to mitigate our revenue losses. What that means is we will have to operate in a deficit moving forward, while we try to create long-term payback plan which will reduce that debt with future surpluses," said Apsey.

What a greenlight on football means for those employees -- also wasn’t clear.

"Stay tuned," he added. "But I’m confident and more positive than I’ve ever been, and we’ve been through some tough times, but we’re looking forward to tomorrow and the future.”