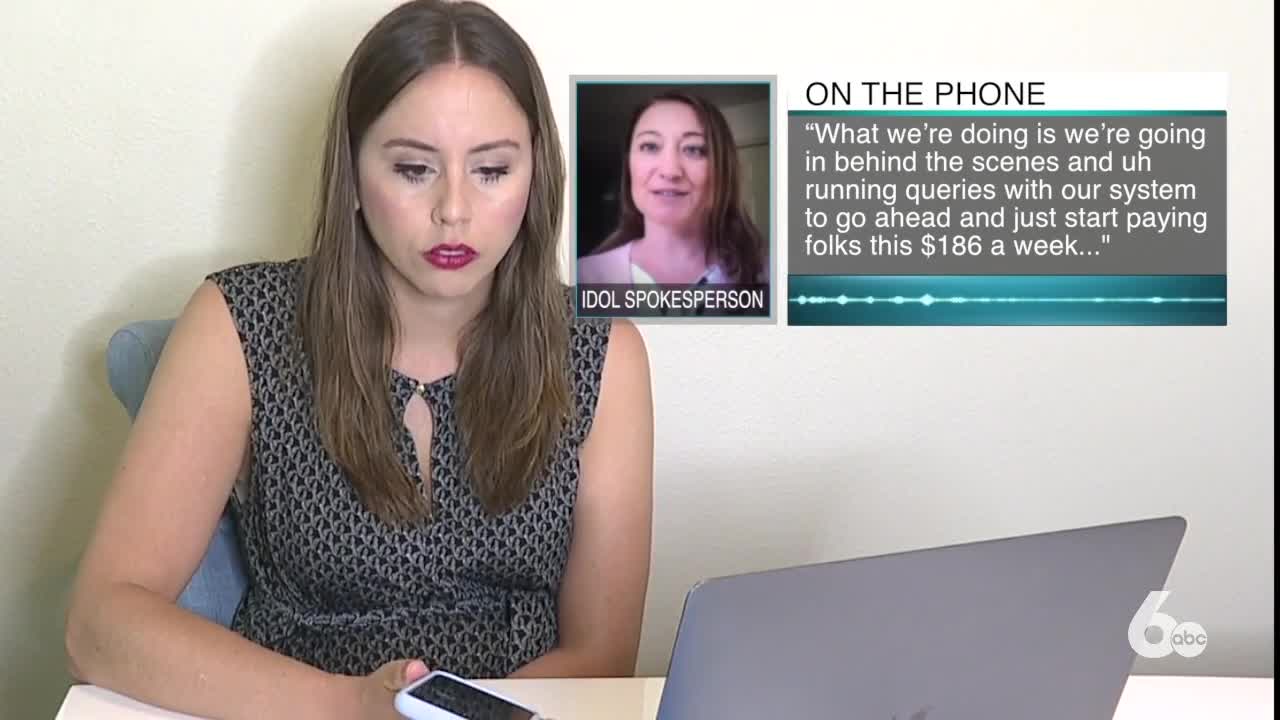 New hope could be on the horizon for self-employed people economically impacted by COVID-19 in Idaho.

IDAHO — As we previously reported, self-employed Idahoans are some of the last to receive unemployment benefits due to delays in implementation of federal funding. But that cash is finally flowing, and new hope could be on the horizon for this population, in the form of a state grant.

They're photographers, Lyft drivers, and hairdressers, among other positions, and self-employed Idahoans without a doubt play key roles in maintaining the quality of our lives. But they’ve also been some of the hardest hit in this pandemic -- many in Idaho waiting months now for unemployment benefits.

Now, however, self-employed Idahoans are slowly but surely starting to receive the Pandemic Unemployment Assistance they applied for through the Idaho Department of Labor.

Last week Reeder says they paid out roughly 10,000 claims to the self-employed and will continue to do so over the next few weeks.

But don’t be surprised if the amounts seem lower than you might have expected — they’re only paying out minimums for now.

“What we’re doing is, we’re going in behind the scenes and running queries with our system, to go ahead and just start paying folks this $186 a week, so we can pay them retroactively for all the weeks that they’ve claimed, get that $186 out a week, and then also the $600 dollars a week on top of that -- get that paid out to them, and then from there then we’ll work on increasing their benefit amount if applicable," said Reeder.

One self-employed hair stylist in Boise, Carissa Wright, who we introduced you to in a prior story, says she has now waited two months without benefits.

“It’s not coming, it’s not showing up, there’s no answers, no one knows,” said Wright.

After weeks of not being able to reach IDOL reps, she randomly saw a status change on her claimant portal reading “Benefits Exhausted.”

We were able to get some answers for her and others experiencing these kind of changes in their claim statuses, including one that reads, "No Eligible Program Found."

“Before we’re able to pay them... in the meantime, it could show one of those messages to them," said Reeder.

"It could show ‘Benefits Exhausted’ and still hold promise for paying her out eventually?” I asked, for clarification.

“Yeah, yep, it actually means that we’re working on getting her paid through the Pandemic Unemployment Assistance Program... But we hope to have this automated within the next week so that it won’t give people those messages, because we know it’s confusing," said Reeder.

I got in touch with Wright to relay the message.

Another ray of hope for Idaho's self-employed came from the governor’s office Monday, when they announced they are extending the Idaho Rebound Cash Grant to include self-employed people — eligible for up to $7,500 dollars in cash support.

In a statement, Governor Brad Little said, “Expanding this resource to self-employed business owners should help them get back on their feet."

So be sure to mark your calendars, self-employed Idahoans: the window for applications begins May 27. More details can be found here.

Visit our Rebound page to learn more about resources during this time of uncertainty.

Are you dealing with something during this pandemic that the Rebound Idaho team could possibly help you with? We want to hear from you. Just email us at therebound@idahonews6.com.