Rebound Idaho: As Labor Dept. tries to keep up with demand, some Idahoans are waiting weeks without benefits 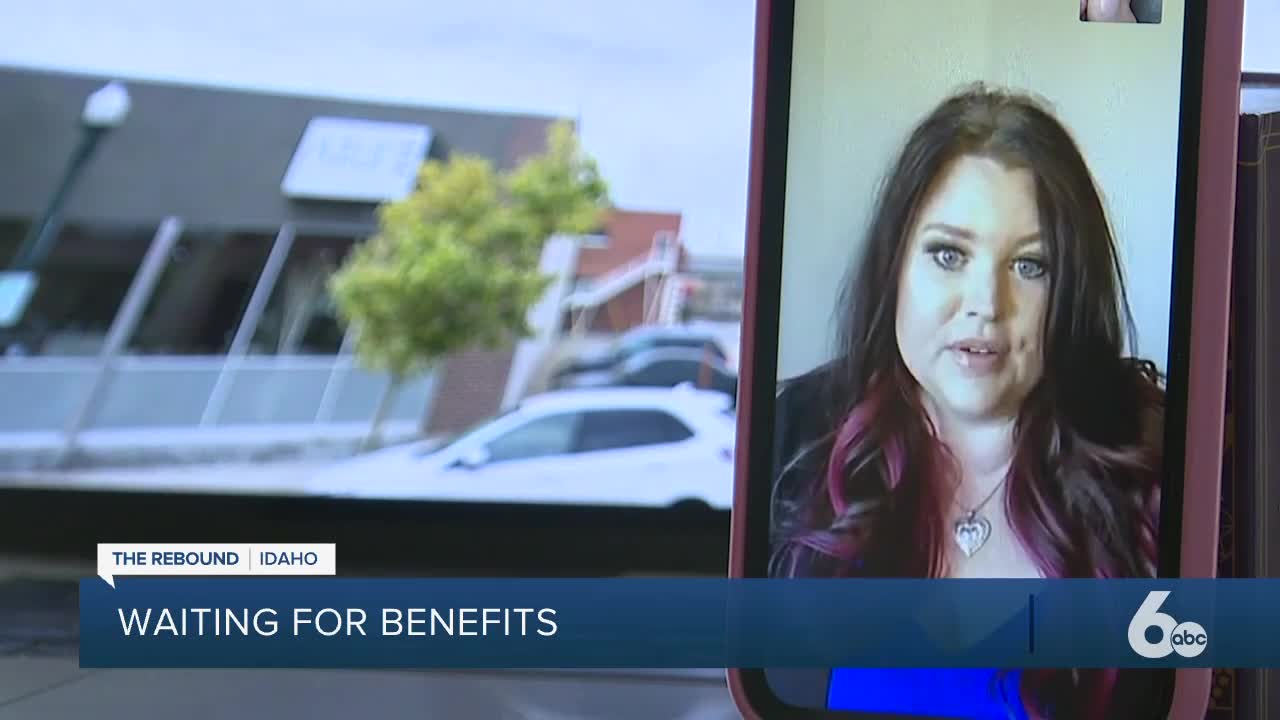 As Idaho Department of Labor representatives work to keep up with unprecedented demand, Idahoans struggling to get by say they’re feeling unheard.

IDAHO — As Idaho Department of Labor (IDOL) representatives work to keep up with unprecedented demand, Idahoans struggling to get by say they’re feeling unheard. And the backed-up system is causing labor employees to bolster their approach. But is it enough?

We set out to learn how IDOL employees are handling this spike in insurance claims, after hearing from Idahoans who say they are stuck in the waiting game.

Carissa Wright, of Boise, is one of those Idahoans.

“It’s not coming it’s not showing up, there’s no answers, no one knows... you just -- you start becoming very discouraged," said Wright.

Wright is a color specialist at Boise's Azure Hair Studio. She says the part of her job she misses the most is lifting people up, and making them feel good.

“As an artist, not just a business owner, you have completely lost your outlet for creating and doing, and an outlet to care for people," said Wright.

Wright said she applied for unemployment benefits more than a month ago, but still hasn’t gotten them.

“We might possibly be able to go back to work... before we ever see any unemployment," said Wright.

IDOL representatives says self-employed Idahoans like Wright likely won’t be paid until mid-May, since they only recently became eligible under the CARES act, causing delays in the delivery of funds.

“We’ve had to implement processes within our system, and we had to wait for the federal government to give us guidance on how to do this," said Leah Reeder, spokesperson, IDOL.

And with more than 110,000 claims that were filed -- just in the first five weeks of the COVID-19 state of emergency -- we asked what other new processes they’re implementing to meet the demand.

For one, Reeder says they just hired 12 new people to answer phones.

“We are going to continue to hire more. Up to 52 people," said Reeder.

She said they’re also working overtime, but on the same collective 8 to 5 shift.

"Is there any plan to have the hours shifted, so where there’s someone on the night shift or anything like that?” I asked.

"Not at this time, because we have our folks working at pretty much full capacity," said Reeder.

Meanwhile, Wright is using her free time to sew 150 headbands for healthcare workers with little buttons sewn on for wrapping the strings of their masks around.

“I had a client who is a nurse here locally, and she’s like, 'Oh yeah, our ears are just raw from having to wear the masks so much,'" said Wright.

So as Wright waits for financial compensation, she continues to help others feel good— just as she would in the salon.

“If even one person feels cared for and encouraged that means the world to me," said Wright.

If you're a healthcare worker and would like a complimentary headband, Wright says to message her on her Facebook page.