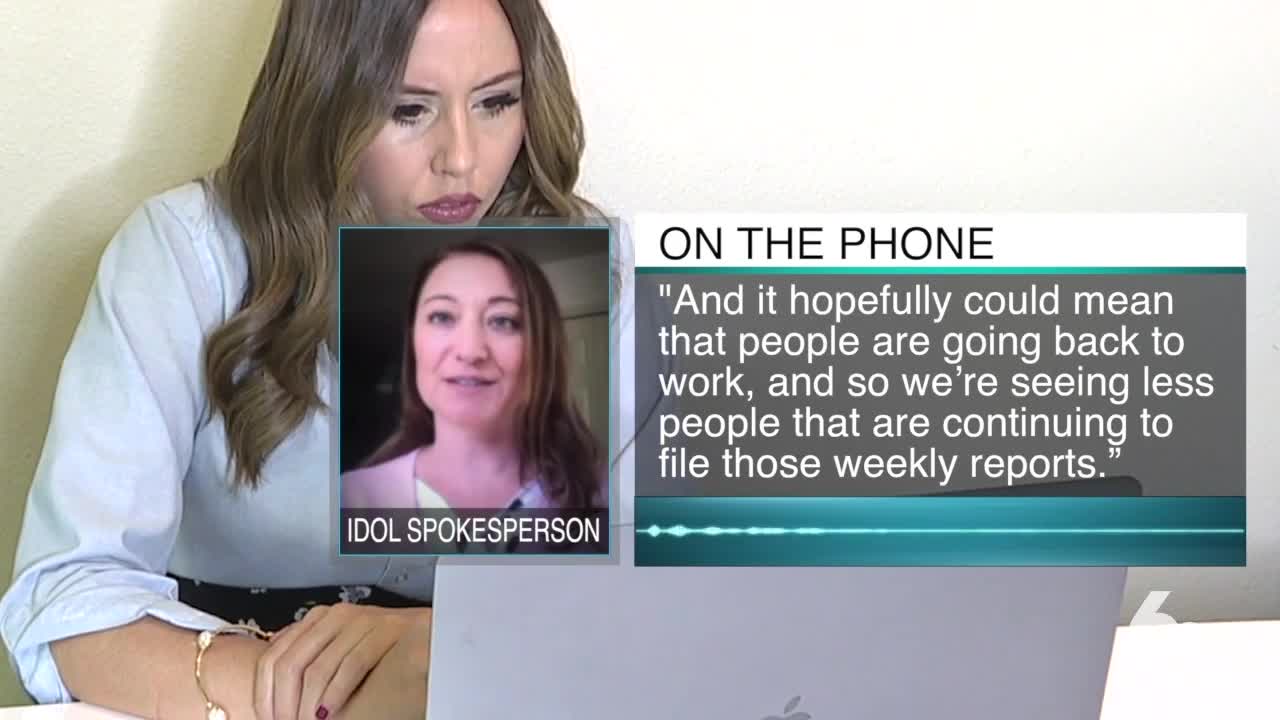 For the week ending May 30, new initial claims for unemployment insurance benefits declined 22 percent from the previous week, falling to 3,646, according to data from Idaho Department of Labor. The number of continued claims also declined.

IDAHO — For the week ending May 30, new initial claims for unemployment insurance benefits declined 22 percent from the previous week, falling to 3,646, according to data from Idaho Department of Labor (IDOL).

The number of continued claims also declined -- and for the fourth consecutive week. According to this data, continued claims fell to 51,035, which is 10 percent lower than the previous week.

It should be noted that “continued claims" is a term used by IDOL that addresses the number of people who requested a benefit payment that week, including people with pending issues stopping their payment and who are still unemployed.

“Hopefully that means that people are going back to work,” said IDOL spokesperson Leah Reeder, in an interview regarding the previous week’s similar decline.

She added, “If it’s declining, it may just mean that we are catching up to that number that we’ve already seen the bulk of those people filing those initial claims already, and it hopefully could mean that people are going back to work and so we’re seeing less people that are continuing to file those weekly reports.”

Idaho Gov. Brad Little will be hosting a news conference on Friday at 11 a.m. to discuss the state's unemployment and economic status. It will be streaming here.

Regular state unemployment benefit payouts for the week of May 24-30 reached $9.5 million, writes IDOL, which is a roughly 15 percent decrease from the previous week, but 8.6 times higher than the same week in 2019.

According to IDOL, total CARES Act payments decreased almost 14 percent for the week of May 24-30, from $25.7 million to $22.2 million. Pandemic Unemployment Assistance (PUA) payments were up to $944,700 – mostly to self-employed individuals.

As of May 30, total benefit payments attributed to COVID-19 layoffs reached $312 million.