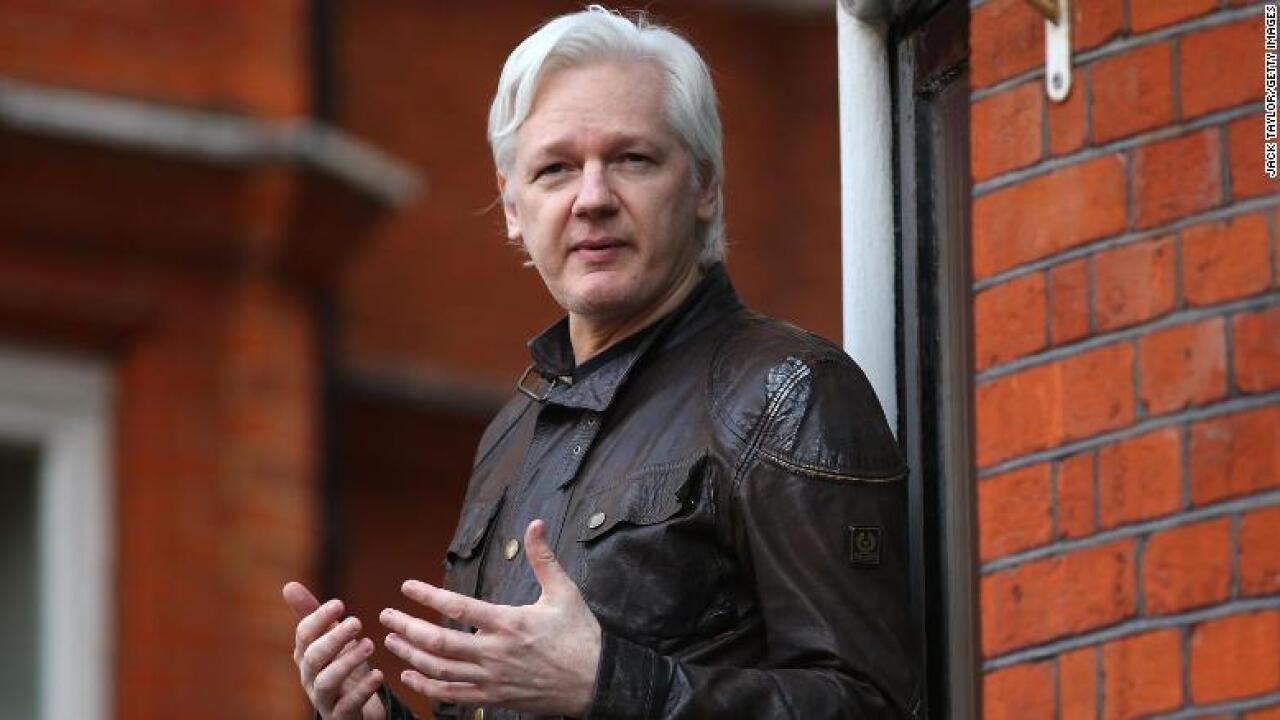 Julian Assange has been sentenced to just under a year in a UK prison on Wednesday after he was found guilty of violating his bail conditions when he entered Ecuador's London embassy to avoid extradition to Sweden in 2012.

"You had a choice and the course of action you chose was to commit an offense," Judge Deborah Taylor said. "You've not surrendered willingly ... you would not have come voluntarily before the court," she added, before handing down an "imprisonment of 50 weeks."

Charges were formally laid at Westminster Magistrates' Court on April 11, hours after the 47-year-old's nearly seven-year sanctuary within Ecuador's central London embassy came to an abrupt and dramatic end .

Back in 2012, the Australian whistleblower was facing extradition to Sweden, where he was wanted for questioning over sexual assault and rape allegations.

Assange's lawyers argued on April 11 that their client did not surrender to British authorities because he would not have received a fair trial. The Australian computer programmer has always protested his innocence.

However, their argument did not win over the judge who labeled him a "narcissist who cannot get beyond his own selfish interest."

Separately, the WikiLeaks founder is also facing a Thursday extradition hearing over a criminal charge in the United States. He has been charged with helping former Army intelligence specialist Chelsea Manning obtain access to US Defense Department computers in 2010 in order to reveal secret government documents.

The charge of one count of conspiracy to commit computer intrusion was kept under seal for over a year until his arrest in London three weeks ago.

Under UK law, the US government has 65 days from arrest -- so until June 15 -- to provide full extradition papers to a British district judge.

Jennifer Robinson, one of the lawyers on Assange's legal team told CNN on Saturday: "It is a matter of international concern that a publisher is being held in a high-security prison facing extradition to the US for his work that has won journalism awards the world over. We are very concerned about his health."

Robinson added: "He is grateful for the solidarity shown around the world."

In the weeks since his arrest, Assange has been held on remand at HMP Belmarsh in Thamesmead, southeast London.

One of the most secure facilities in England and Wales, Belmarsh prison has the capacity to hold over 900 inmates and is well known for once housing infamous terror suspects Abu Hamza al-Masri and Anjem Choudary within its high-security unit.

Andy Keen-Downs, chief executive of  Pact , a rehabilitation charity that provides family services at prisons across the country, said Belmarsh receives a mixture of inmates who are allocated single or shared cells.

"In the middle of the prison is the area built for high-security prisoners," Keen-Downs explained.

"Conditions are very basic. Prison staff work hard to keep prisoners safe, but like most prisons there are occasions when there could be violence. It could be a very intimidating atmosphere," he continued.