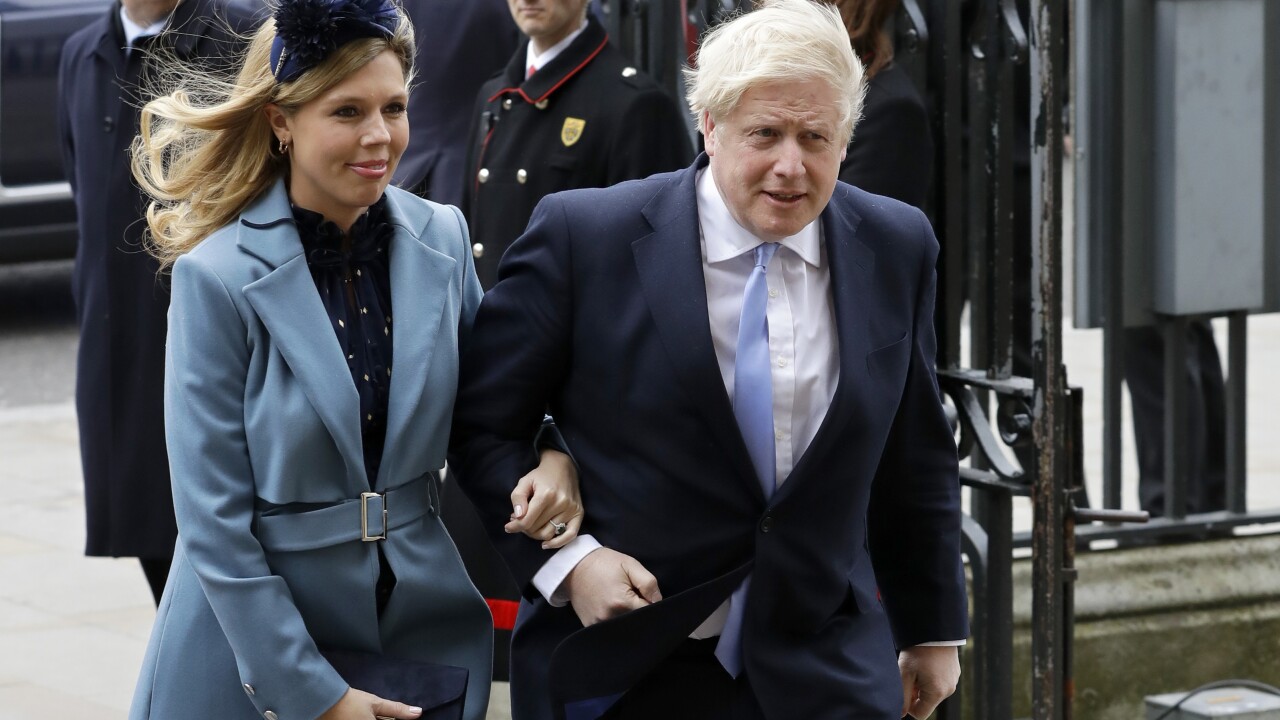 LONDON (AP) — British Prime Minister Boris Johnson and his fiancée, Carrie Symonds, have announced the birth of a son.

Johnson's office says Symonds gave birth to a “healthy baby boy at a London hospital earlier this morning” and that both mother and baby are doing well.

The 55-year-old Johnson and Symonds, who is 32, announced in February that they were expecting a child.

Johnson only returned to work on Monday after suffering from a bout with coronavirus.

He spent a week in a London hospital, including three nights in intensive care.

Symonds was also recently sick for a week with COVID-19 symptoms, though she wasn’t tested for the virus.