Tens of thousands at risk in path of Tropical Storm Kenneth 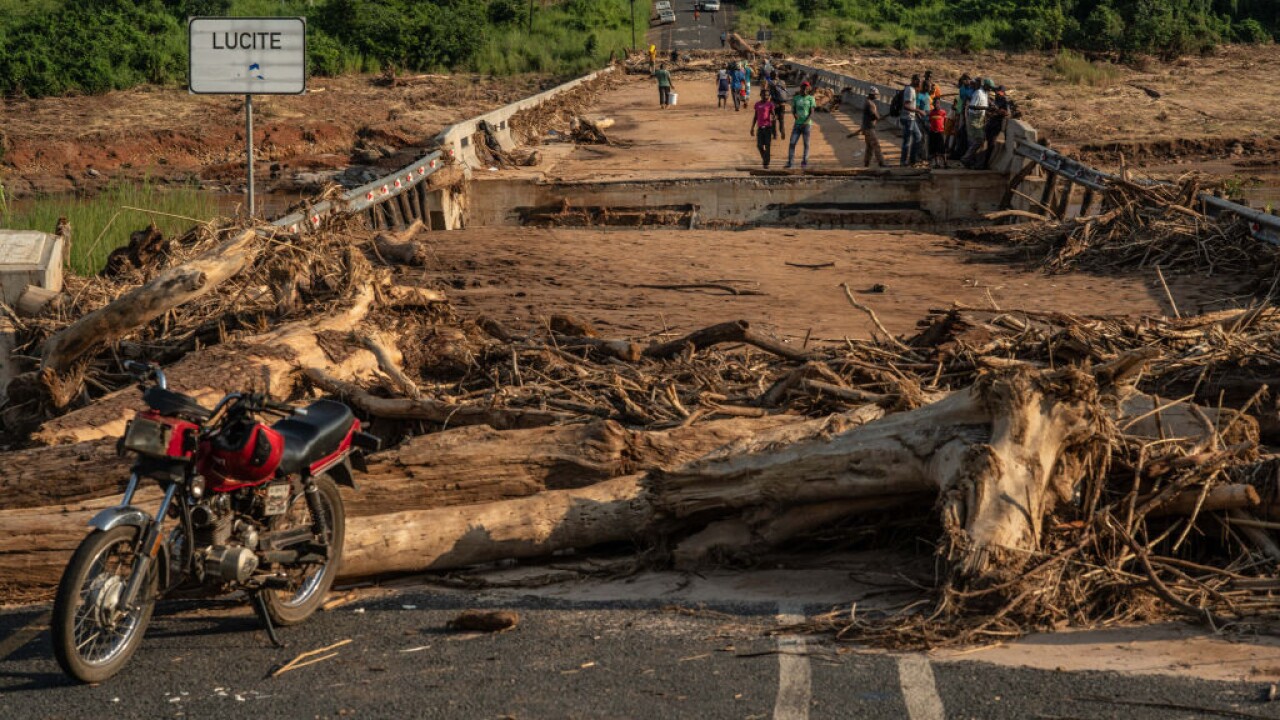 More than 30,000 people were evacuated from high-risk areas in Mozambique ahead of Tropical Cyclone Kenneth and 70,000 people are still at risk, the UN Office for the Coordination of Humanitarian Affairs (OCHA) said Friday.

Kenneth made landfall between the districts of Macomia and Mocimboa da Praia in the far northern Cabo Delgado Province on Thursday evening.

The storm built up on Wednesday, with a wind speed of 140 kph (85 mph), and intensified as it moved over the Comoro Islands and later struck Mozambique.

Thursday, it had maximum sustained winds of 220 kph (140 mph) — the equivalent of a Category 4 hurricane.

The tropical cyclone comes a little more than a month after the country was dealt a devastating blow by the deadliest and costliest storm in its history — Tropical Cyclone Idai, which killed more than 700 people, displaced tens of thousands and wiped away homes in the central city of Beira.

UNICEF Mozambique's Daniel Timme said the agency began putting aid in place ahead of the cyclone from Beira and Maputo to the north of Mozambique.

Timme added that UNICEF is still providing humanitarian assistance for around 1 million children in central Mozambique from Cyclone Idai.

In the provincial capital and economic hub of Pemba, one of the areas struck by the storm, residents told CNN they met daybreak with a sense of relief on Friday.

"The rain has stopped for now," homeowner Innocent Mushunje said.

"Mostly the damage has come from fallen trees, but it hasn't been severe in Pemba. I'm more worried about low-lying villages where the structures are more precarious."

Andre Luis, manager of the popular Pemba tourist spot the Nautilus Hotel, told CNN there was minimum damage to their beachfront restaurant.

"The strongest wind and rain came around 1 a.m. The power has been out since 11 p.m. At the moment there is no rain and the wind is dying down for now. At the moment, we aren't worried, this is not as bad as we anticipated," he said.

Luis lives on the outskirts of Pemba and said there was no damage to his house, but in his area, fallen trees have caused some damage to fencing.

Another hotel manager, Vitaliano Hivala of Raphael's, said many people arrived before the storm to seek shelter. "There was heavy wind and rain overnight, but not nearly as bad as I expected, and there is no damage that I can see," Hivala told CNN.

Winds from the storm are weakening rapidly, but Kenneth is expected to bring torrential rainfall and significant flooding in the coming days. More than 20 inches of rain is projected over the next three days -- roughly four times the average monthly rainfall for the region.

Kenneth is the strongest tropical cyclone to hit the southern African nation in known history, but its impact is not expected to be as devastating as that of Idai, which came with heavy rains for days before and after making landfall on March 15, with winds near 175 kph (109 mph).

Northern Mozambique is not as populated as Beira, the city most affected by Idai, and the region struck by Kenneth has not had intense rainfall in recent days, which hopefully will mitigate the impact of flooding compared with Idai.

Kenneth was also expected to hit the coastal areas of Dar es Salaam, the port city of Tanga and Pemba Island in Tanzania, according to that country's meteorological agency on Wednesday.

Authorities told residents in its mountainous regions and Lake Victoria Basin to move to higher ground or stay indoors as heavy rainfall poured into the areas on Thursday. Schools were also closed as a precaution.