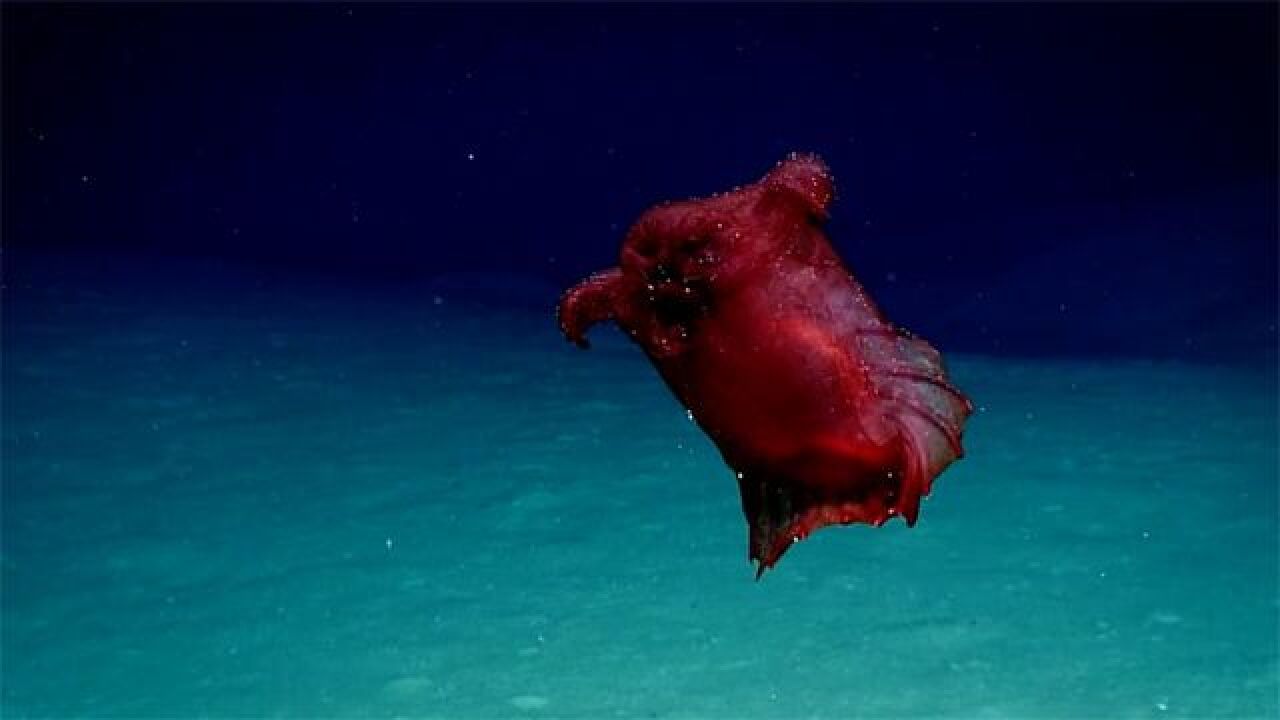 Australian researchers have developed new technology that allows them for the first time to film a deep-sea swimming sea cucumber.

For the time being, they're calling the creature a "Headless Chicken Monster." The name sounds like something a child would name their imaginary friend, but it's pretty accurate once you take a look at the headless blob.

The strange sea cucumber was discovered using an underwater camera system in the Southern Ocean off the coast of East Antarctica. The high-tech camera is normally used for commercial long-line fishing, but in this situation, it worked quite nicely.

"We needed something that could be thrown from the side of a boat, and would continue operating reliably under extreme pressure in the pitch black for long periods of time," said Australian Antarctic Division program leader Dr. Dirk Welsford. "The cameras are providing important information about areas of sea floor that can withstand this type of fishing, and sensitive areas that should be avoided."

The large area off the coast of East Antarctica, which is covered with cold-water corals and penguin foraging grounds, has been the focus of a bid to create a protection area — known as the Antarctic Conservation Zone.

Now, researchers are hoping that the new technology that captured the rare footage can help the creation of that area.

The proposal for protection has previously been endorsed by the commission's scientific committee three times, but China and Russia have blocked the proposal each year, according to a report in Naturer.