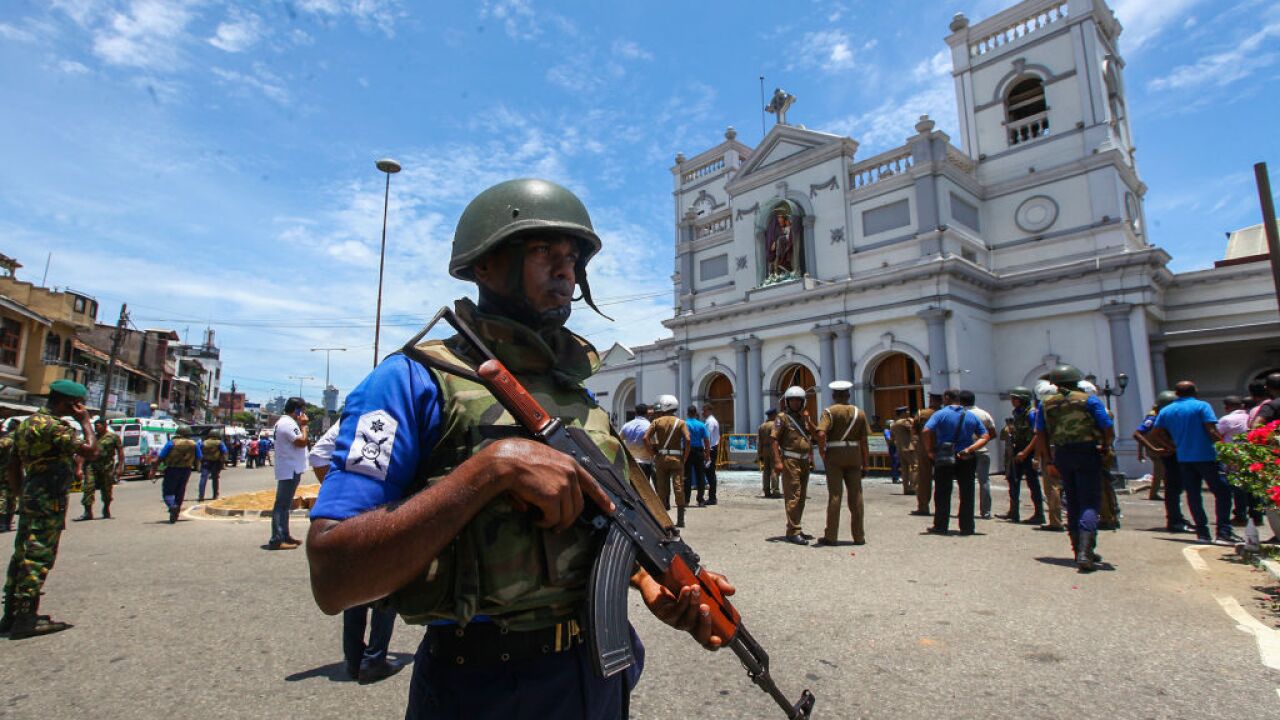 Sri Lanka placed a nationwide block on social media sites after more than 200 people died in multiple attacks on Sunday. The government, in taking the drastic step, cited "false news reports" it said were circulating online.

The shutdown, which the government said would be temporary, highlights the challenges the world's most powerful tech companies face in curbing the spread of misinformation and propaganda in the aftermath of terrorist attacks. It also raises questions of censorship and a government's ability to turn off the world's most popular websites.

In announcing the ban on its official news portal, Sri Lanka named Facebook and Instagram among the sites it had blocked.

YouTube, Snapchat and the messaging apps WhatsApp and Viber were also blocked, according to the internet monitoring group NetBlocks. Twitter did not appear to be blocked. Twitter is not as widely used in Sri Lanka as are Facebook and WhatsApp, according to Sanjana Hattotuwa , senior researcher at the Centre for Policy Alternatives in Colombo, Sri Lanka.

A spokesperson for Facebook, which also owns Instagram and WhatsApp, told CNN Business, "We are aware of the government's statement regarding the temporary blocking of social media platforms. People rely on our services to communicate with their loved ones and we are committed to maintaining our services and helping the community and the country during this tragic time."

The spokesperson said Facebook had been working to support law enforcement in Sri Lanka and to identify content that violates the company's standards.

"A few years ago we'd view the blocking of social media sites after an attack as outrageous censorship; now we think of it as essential duty of care, to protect ourselves from threat," Ivan Sigal, the executive director of Global Voices, an international journalism and digital advocacy group, tweeted after the block was announced. "Facebook your house is not in order," he said on Twitter.

Earlier, the Red Cross in Sri Lanka had used Twitter to push back on misinformation. "Rumours circulating on social media that the Red Cross building was attacked is false and wrong information," they tweeted, adding, "Please refrain from spreading unauthentic and false information on Social Media."

Facebook came under intense scrutiny just last month when the suspect in the New Zealand terror attack streamed live video of the massacre on Facebook. The company did not remove the video until after New Zealand police contacted the company.

Sri Lanka temporarily blocked Facebook and other platforms last year after the government said they were being used to incite violence.

Google, YouTube's parent company, and Snap, owner of Snapchat, did not immediately respond to CNN's request for comment on Sunday.

Earlier, Viber posted on its official Twitter account, "We encourage everyone to be responsible and rely on updates from official and trusted sources."