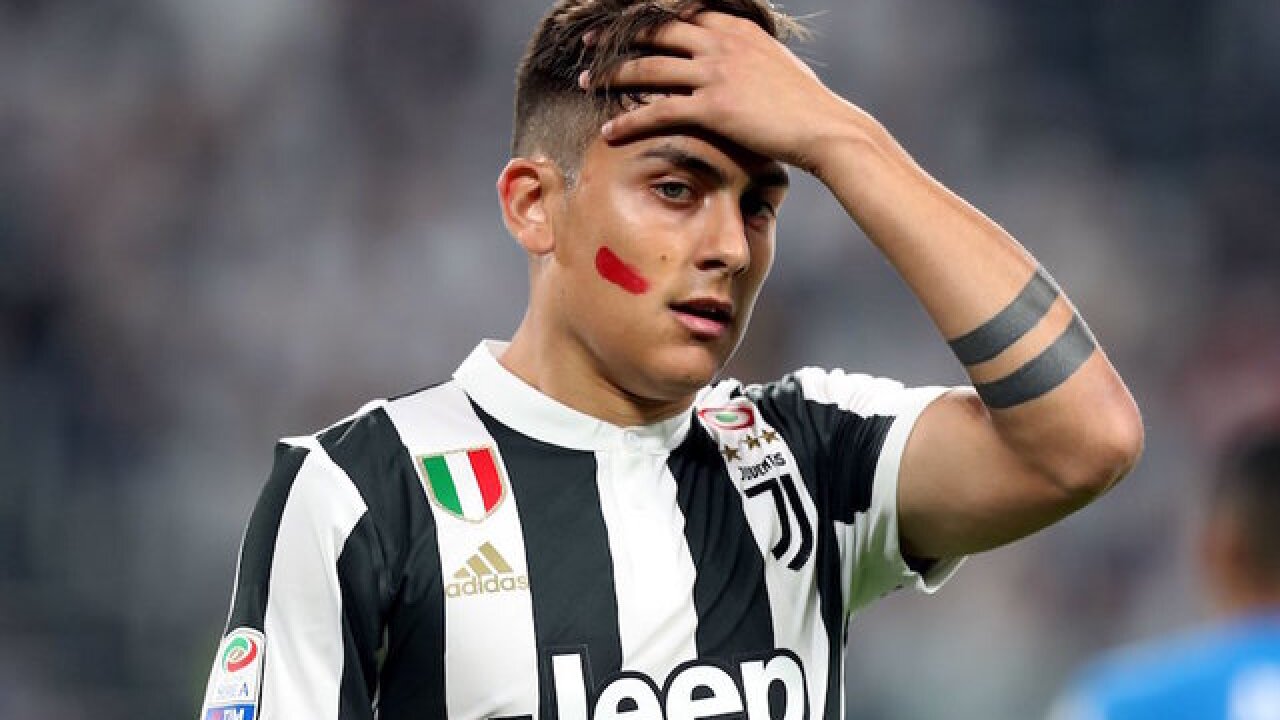 As Juventus and Napoli players emerged onto the pitch for Sunday's key Serie A match, viewers' attention was drawn to a red mark on each of the players' cheeks.

Part of a campaign organized by Italian organization WeWorld Onlus, the league and players' association, the line of red lipstick was to help raise awareness of domestic violence in Italy.

As well as every player in the league wearing the red mark across the weekend's fixtures, the initiative has also been supported by players using the hashtag #unrossoallaviolenza (a red card to violence) on their social media accounts.

As was Lazio striker Ciro Immobile, the league's current top goalscorer, who posted a photo with girlfriend Jessica Melena.

Going into the game, Juventus held a four-point lead over Napoli at the top of the table as they looked to win a seventh straight Serie A title.

With the match looking as though it was heading for a 0-0 draw, Napoli defender Kalidou Koulibaly rose highest in the box, towering above everyone to head home Jose Callejon's 90th-minute corner.

In the stands of Juventus' Allianz Stadium, the small pocket of traveling Napoli fans were jubilant, as the entire squad rushed to celebrate with Koulibaly, their new hero.

The win, which moved Napoli to within one point of Juventus with four games left to play, sparked rapturous scenes back in Naples, where reportedly around 18,000 fans waited outside the airport at 2am to welcome home their heroes.

Fans lined the streets and swam in fountains as fireworks exploded overhead long into the night.

Those fans will be hoping Juve drop points in their remaining games, especially as they still have to play away at third-place Roma and fifth-place Inter Milan.

Inter host Juve on Saturday, while Napoli travel to Fiorentina on the Sunday.

Earlier this month, Juventus exited the Champions League after Cristiano Ronaldo's stoppage-time penalty. The decision by referee Michael Oliver enraged Buffon, who was red carded by the British official.

However, once Sunday's Serie A game ended, Buffon sportingly went up to Napoli's celebrating players and shook hands with every member of the team.