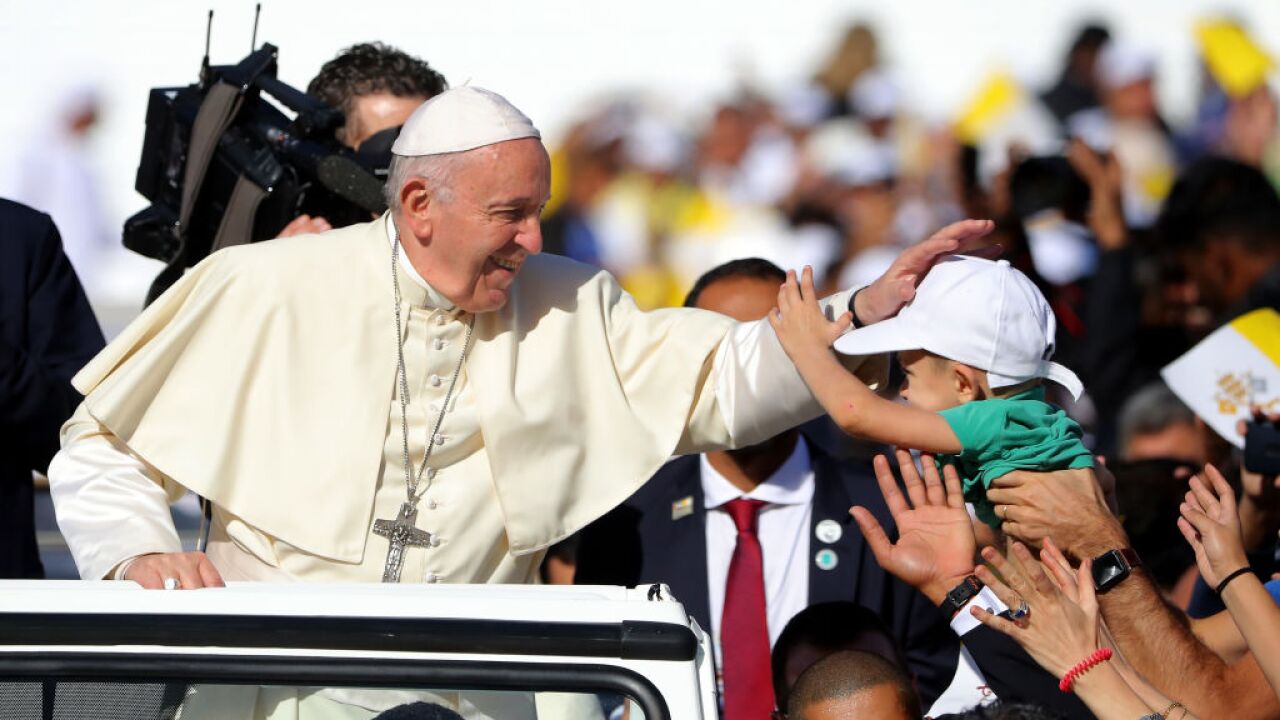 The money will be used for housing, food and necessities for the Central American migrants. The funds will be split among 27 projects in 16 Mexican dioceses and religious congregations, according to the release.

"Men and women, often with young children, flee poverty and violence, hoping for a better future in the United States. However, the US border remains closed to them," Peter's Pence, the Pope's charity, said in a statement.

The near 75,000 migrants from Honduras, El Salvador and Guatemala that arrived in Mexico in caravans have been "stranded, unable to enter the United States, without a home or livelihood," the Vatican said.

The Catholic Church said it hosts thousands of these migrants in hotels within dioceses or congregations.

"Media coverage of this emergency has been decreasing and as a result, aid to migrants by the government and private individuals has also decreased," the Vatican said.

Thirteen projects have already been approved for aid, including in Nuevo Laredo, Tijuana and Nogales, which border the United States. The remaining 14 projects are still undergoing the approval process, according to the release.

In speeches, and in a major teaching document, Pope Francis has called for a compassionate approach to migration.

The Pope has spoken against governments with hardline immigration policies and border walls, saying that "builders of walls sow fear" and "divide people."