Police, protests confront each other again in Hong Kong 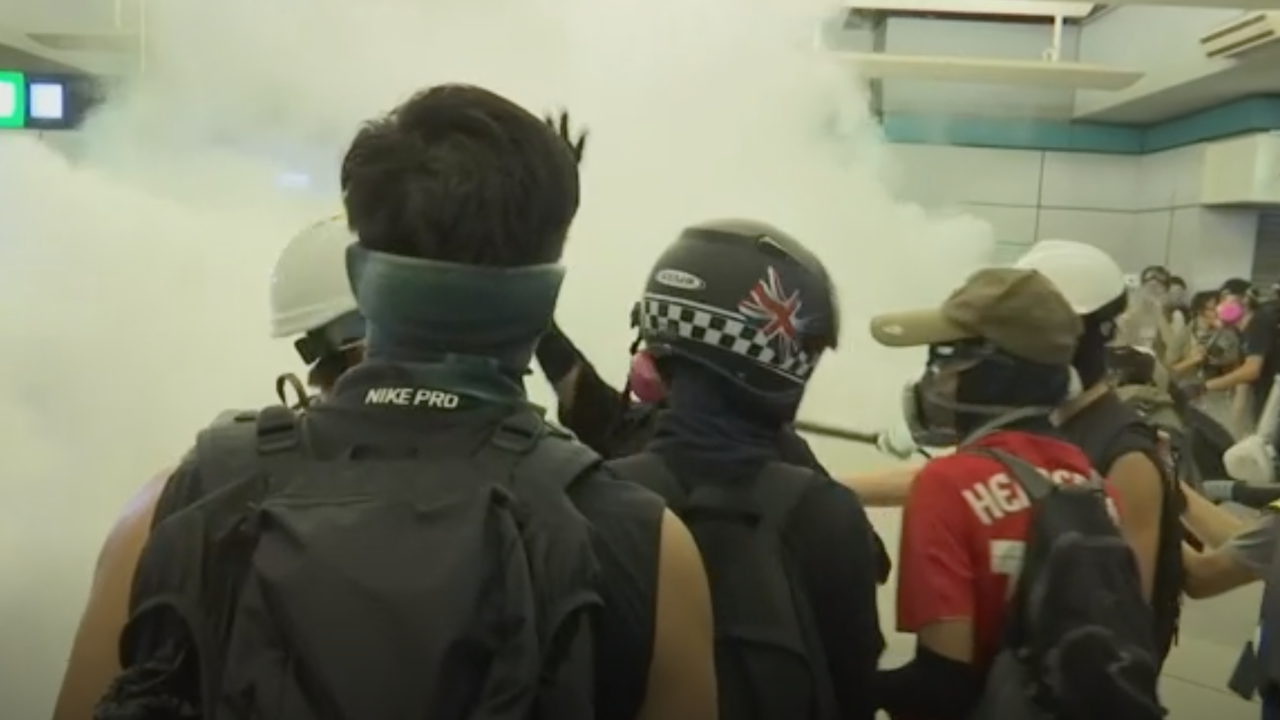 The protesters aimed laser pointers at police and chanted "Liberate Hong Kong, the revolution of our times".

Around 50 riot police arrived to disperse the protesters, who had gathered earlier at the suburban train station to stage a sit-in protest to mark a month since a violent attack there by masked assailants on supporters of the anti-government movement.

The assailants from the attack on 21 July are suspected to have had organised crime links, in what was a shocking escalation of the city's summer of protest last month.

Riot police arrived at the station near the end of the commemoration, apparently preparing to confront the protesters, some of whom had set up barricades on the road outside.

Police with riot shields faced off at the station entrance with the black-clad protesters, who sprayed a firehose and spread oil on the floor to slow their approach.