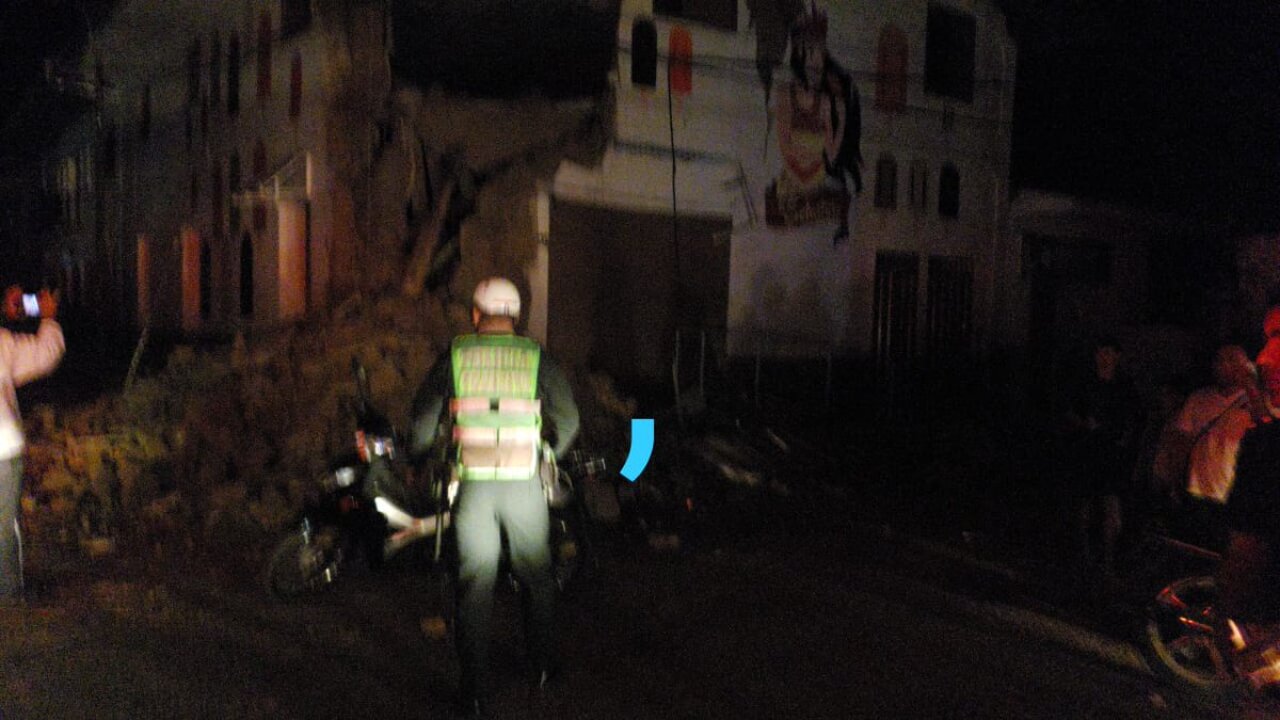 One person was killed and at least 11 people have been injured in Peru, with a further seven injuries in neighboring Ecuador, after an 8.0 magnitude earthquake struck northern Peru on Sunday morning.

Peru's National Emergency Operations Center reported the death of a 48-year-old man from the Cajamarca region in northwestern Peru following an earthquake in the country's Amazon region.

The earthquake's epicenter was at an approximate depth of 115 km, according to preliminary readings from the United States Geological Survey, and it was felt as far afield as Lima, Peru; Caracas, Venezuela; and Quito, Ecuador.

Ricardo Seijas, head of the emergency operations center, said the number of injured had risen to at least 11 people.

Peruvian President Martin Vizcarra has traveled to Yurimaguas, a city in the Peruvian Amazon that was among the hardest hit by the earthquake.

Vizcarra arrived with other top government officials, and said they are coordinating with local leaders to evaluate the damage.

The president said he himself, along with his transportation minister, will evaluate damage to roadways.

Other officials will evaluate damages to structures and any effect on a nearby reservoir, Vizcarra said.

Earlier in the day Vizcarra reported injuries as well as damages to homes and roadways, in a statement on state TV.

"We already have reports of injuries, of affected homes, collapsed highways and a bridge that connects Yurimaguas with Tarapoto has also collapsed," Vizcarra said.

The country's civil protection agency is sending teams to the affected areas, he added.

Five injuries were confirmed by the country's health ministry on Twitter .

Two of the injured are from the city of Yurimaguas, and the other injuries were from other provinces in the Amazon region, the ministry said.

Ecuador's Vice President Otto Sonnenholzner confirmed at least 7 injuries in the country as a result of the earthquake.

There are no immediate reports of infrastructure damage, he added.

Landslides have been reported in various parts of the country, according to Ecuador's emergency management agency.

"The strong earthquake that occurred early this morning was felt in several regions of the country," Peru's Vizcarra tweeted earlier Sunday.

"We are evaluating the affected areas. I ask all of our citizens to remain calm."

The earthquake was the strongest in Peru in 12 years, Vizcarra said.

Peru's National Emergency Operations Center tweeted that the earthquake was felt in several regions of the country, and monitoring continues.

The country's interior ministry tweeted photos of damaged houses in the northern Amazonas region, adding that police were on site to protect affected areas.

Ecuador's President Lenín Moreno also tweeted: "I am awaiting of the information about the strong earthquake recorded this morning."

At least 65 people were injured in the cities of Arequipa, Ica and Ayacucho in southern Peru, the National Civil Defense Institute reported.

On August 15, 2007 a magnitude 8.0 earthquake struck about 100 miles south of the Peruvian capital of Lima, killing approximately 514 people.