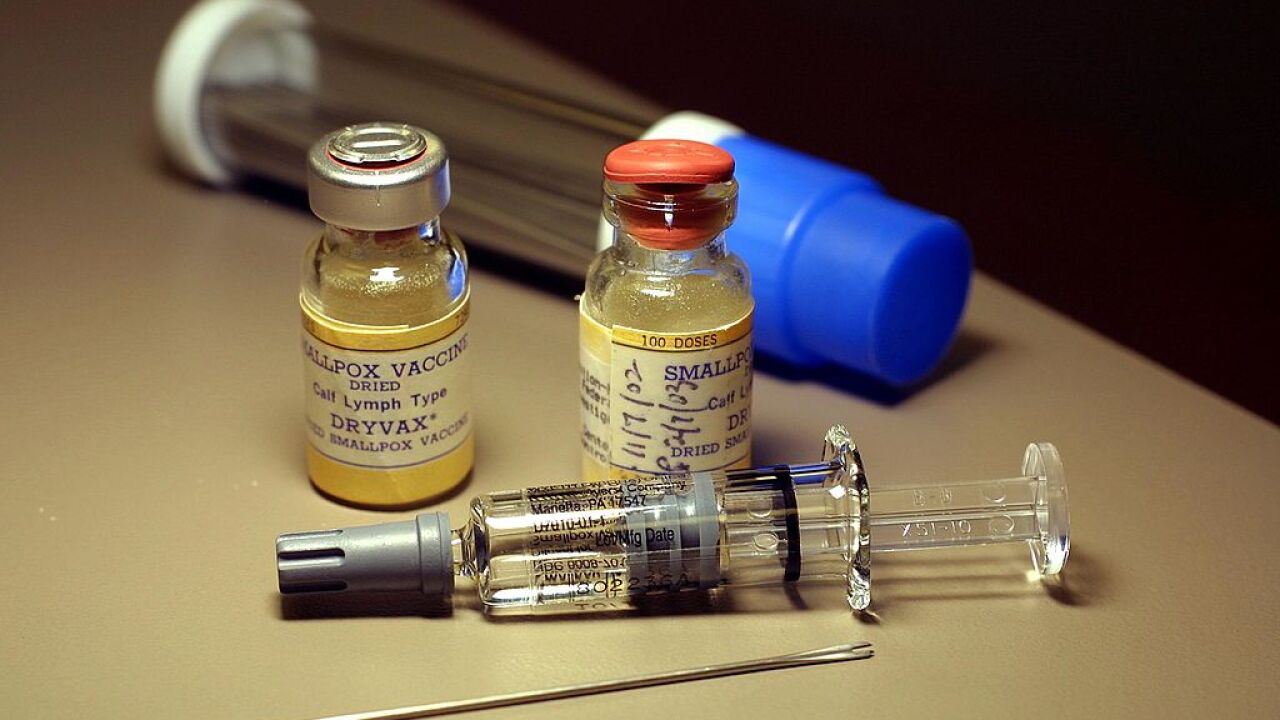 An explosion has caused a fire at a Russian biological research facility that's one of only two centers in the world known for housing samples of the smallpox virus.

The blast occurred Monday during repair work of a sanitary inspection room at the Russian State Centre for Research on Virology and Biotechnology, known as Vector, near the Russian city of Novosibirsk in Siberia, the center said in a statement .

One worker was injured in the incident and is being treated in intensive care for burns, Russia's TASS news agency reported.

In its statement, Vector said that no biohazard material was being stored in the room where the explosion took place. The city's mayor also insisted that the incident does not pose any biological or any other threat to the local population, according to TASS.

The fire broke out when a gas cylinder exploded on the fifth floor of the six-story laboratory building in the city of Koltsovo. The blast caused windows to smash but there was no structural damage to the building, TASS reported.

Founded in 1974, the Center for Virology and Biotechnology was once known for developing biological weapons research during the Cold War Soviet era. It is now one of the world's largest research centers developing vaccines and tools for diagnosing and treating infectious diseases.

The head of the Koltsovo science city, where Vector is located, told Russian state news agency RIA-Novosti that there was no biological threat.

Scientists at the center are developing vaccines for swine flu, HIV, and Ebola. In February, scientists there wrapped up clinical trials of an Ebola vaccine, according to TASS.

The US Centers for Disease Control and Prevention is the only other center in the world approved and known to have live samples of the deadly smallpox virus.

Last year, the US Food and Drug Administration announced its approval of the first drug to treat smallpox. The contagious disease was eradicated in 1980 thanks to vaccination efforts, but there are concerns that it could be used in a bioterror attack.

Could viruses survive a blast?

Dr. Joseph Kam, Honorary Clinical Associate Professor at the Stanley Ho Centre for Emerging Infectious Diseases (CEID) told CNN that rules for storing viruses are very strict and highly dangerous diseases such as Ebola and smallpox would be stored in the highest "Level 4" laboratory.

Access to the samples would be limited, special containers are used and the storage mechanism is different from other laboratories, Kam said.

He added that while fire would be hot enough to destroy viruses, an explosion could risk spreading the virus and there would be a danger of infecting those in the room or contaminating the immediate area.

"Viruses are fragile and more than 100 degrees or more will kill them," Kam said. He added that under certain circumstances, an explosion could spread the virus. "Part of the wave of the force of the explosion would carry it away from the site when it was first stored," he said. That contamination zone could be 10 to a few hundred meters depending on the size of the blast and other factors such as wind speed and direction, and whether it was an airborne virus.

The incident comes just weeks after an explosion near the site of a suspected failed missile test in northern Russia that killed at least five nuclear specialists and caused radiation levels to spike. Conflicting official accounts regarding the incident heightened concerns of a potential cover-up.