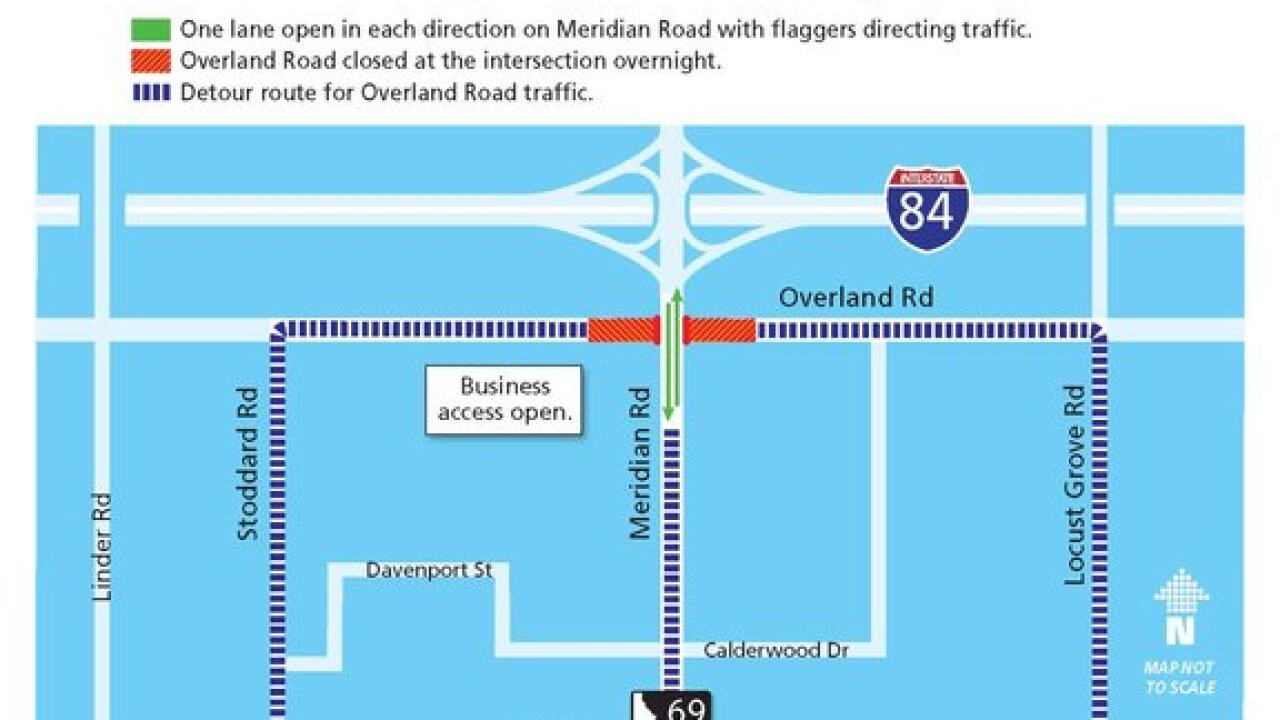 Copyright 2018 Scripps Media, Inc. All rights reserved. This material may not be published, broadcast, rewritten, or redistributed.
Idaho Transportation Department

Overland Road will be closed overnight at Idaho Highway 69 (Meridian Road) during the nights of Sept. 11-16, while the Idaho Transportation Department repaves the intersection, according to the ITD.

“ITD is constructing a series of safety improvements on Highway 69 after a recent safety analysis of the corridor. The improvements were developed in cooperation with the city of Meridian and Ada County Highway District, and timed to occur during regular pavement maintenance on the highway,” Said ITD’s Jennifer Gonzalez.

Pavement maintenance is expected to be completed by late September.

Drivers on Overland Road will be detoured around the closure each night from 8 p.m. to 6 a.m. “The detour route will use Locust Grove and South Stoddard Roads. One lane of Meridian Road will be open in both directions, and flaggers will direct traffic as needed,” Gonzalez explained.

All lanes and business accesses will be open during the day.