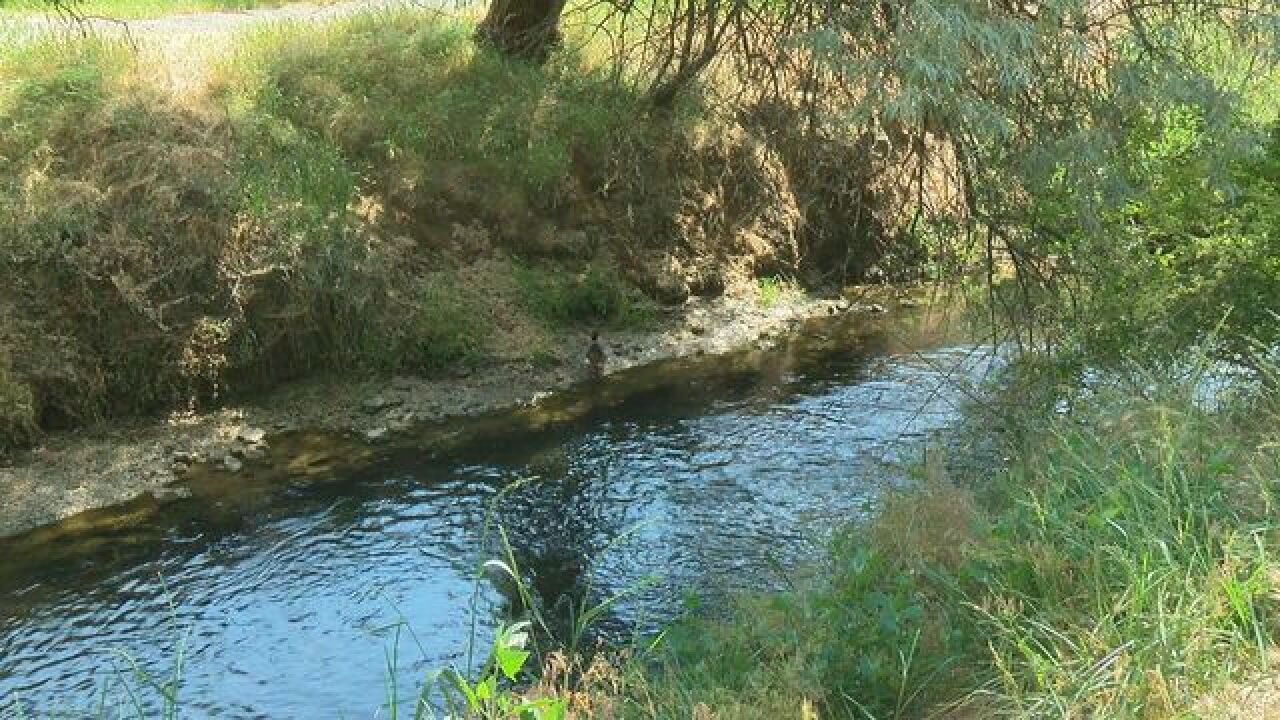 The Nampa Police Department is reporting that a woman found unconscious in a stream was trying to harm herself.

The woman was found in the Wilson Drain near Greenhurst and SunnyRidge Road by a witness.

According to Nampa Police Sgt. Tim Riha, the witness was walking her dog and saw the body of the woman floating in the water at approximately 7:10 a.m. The witness jumped into the stream and held the woman's head above water while emergency crews arrived on scene.