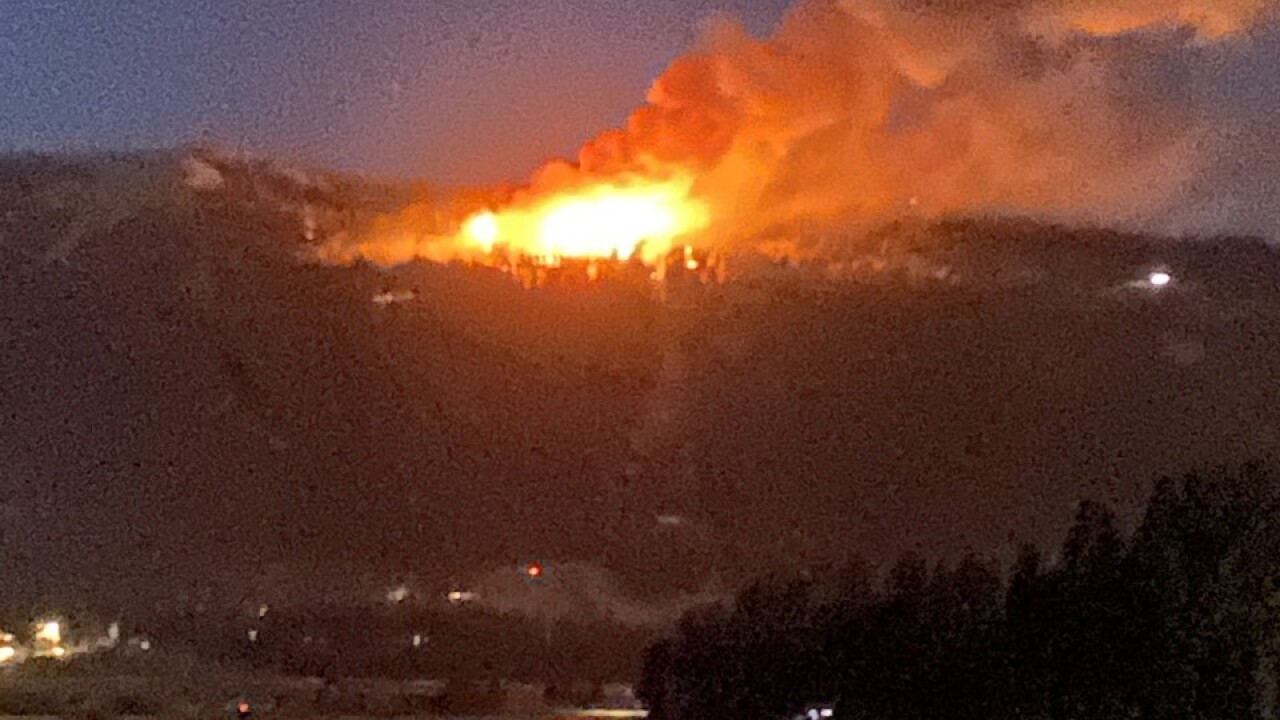 Officials say the fire footprint is still 61 acres but all above mid-mountain. All crews have been pulled off the fire and expect to be fully off Tamarack Resort by Saturday.

Anyone in the area may continue to see smoke for several days and the forest service has asked resort management to ensure any homeowners and guests stay out of the fire footprint, according to Scott Turlington, president of the resort.

UPDATE (11/3): As of 8 a.m. Tuesday, the fire is now estimated at 110 acres after burning throughout the night. Firefighting activities will focus on protecting the "mid-mountain" lodge and holding the fire above a road that runs crosswise at mid-mountain. No other structures are threatened at this time.

According to a Facebook post by officials with the Payette National Forest, the fire was human-caused but is not the result of an escaped prescribed burn by the U.S. Forest Service.

ORIGINAL: Crews worked to defend the mid-lodge at Tamarack Resort as the West State fire grew to 50 acres Monday evening.

Air tankers and helicopters were on order to help firefighters on the ground.

In a statement on the resort's behalf, Red Sky PR said the fire started sometime before noon, between Tamarack's mid-mountain and summit.

Officials with the Payette National Forest said the flames were burning in sub-alpine fir trees, making it visible from the valley floor.

They said the fire was spreading slowly.

As of late Monday night, no other private property was threatened, and *no evacuations were in place.