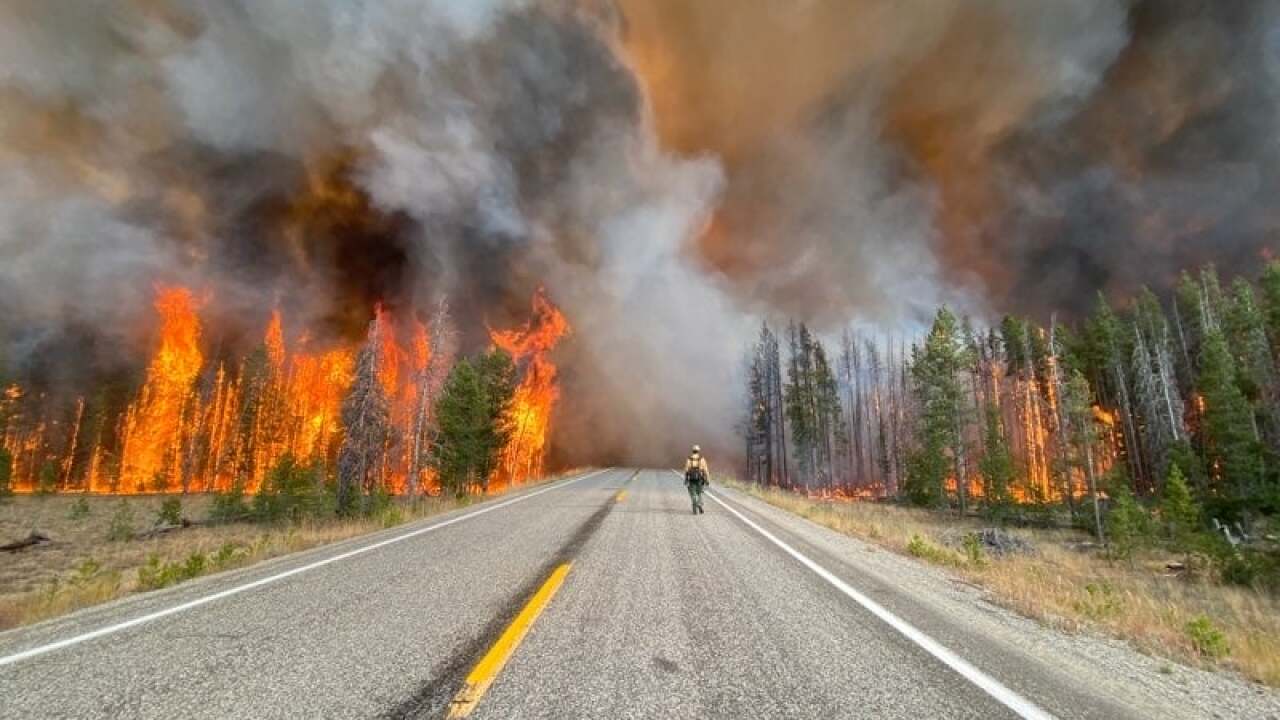 STANLEY, Idaho — This article was written by Nicole Blanchard of the Idaho Statesman.

A wildfire burning in the Sawtooth National Forest has forced a highway closure on Idaho 21, according to U.S. Forest Service officials.

In a Sawtooth National Forest news release Tuesday, officials said the Trap Fire was burning 9 miles northeast of Stanley. The road is closed between Grandjean Road and Cape Horn Road (mile markers 112 to 119), according to the Idaho 511 traffic map.

In a Facebook post, neighboring Salmon-Challis National Forest said the fire emergency is “evolving rapidly” after the fire was first reported on Monday. The cause of the fire has not been determined, but officials said it is burning on both sides of the road in timber. It had burned about 110 acres by late Tuesday morning.

The fire, which is burning near the confluence of the Boise, Sawtooth and Salmon-Challis national forests, is one of a handful currently burning in Idaho. Officials have not released any estimates on when it might be contained.