Pre-evacuation notice in place for the Rattlesnake Creek fire 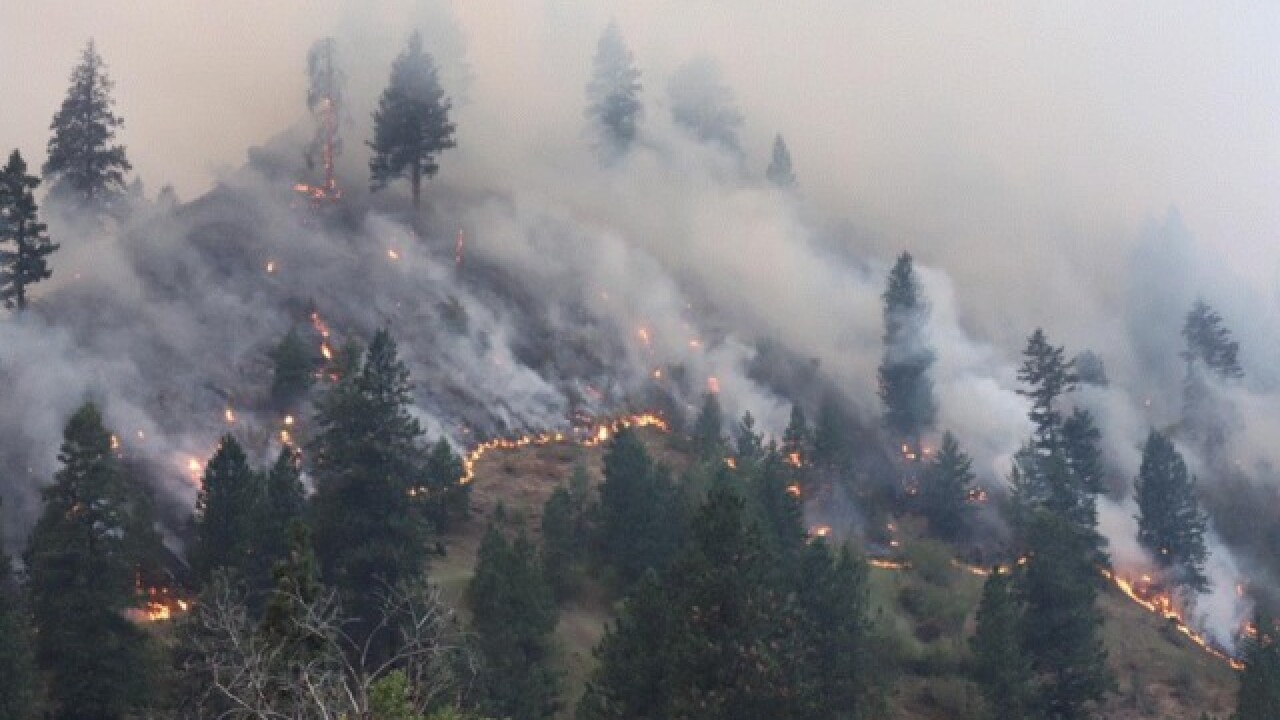 The Rattlesnake Creek Fire, burning on the west side of Highway 95 near the town of Pollock on the Nez Perce-Clearwater and Payette National Forests, has so far damaged about 2,643 acres (4 sq. miles), according to officials -– and continues to burn in timber and grass.

The fire was first reported shortly after 12 noon Monday.

The cause is still under investigation.

Firefighting resources have been focused on stopping the forward progression of the fire toward homes in the area. Multiple structures are threatened, but none have been lost yet, according to a news release from the Nez Perce-Clearwater National Forests.

There are multiple aviation, engine and ground resources from the Nez Perce–Clearwater and Payette National Forests, Idaho Department of Lands, and local rural fire departments on scene. Multiple resources arrived Monday night and Tuesday morning. Currently, there are more than 300 firefighting personnel assigned to the fire.

Traffic control measures are in place by the Idaho County Sheriff’s Office along Highway 95 -- for public and firefighter safety. Drivers are being told to avoid the area if possible and do not stop along the roadway. Travelers may experience limited visibility due to smoke in the canyon corridor, the release said.

Any closures connected with the Rattlesnake Creek fire will be posted to the Nez Perce-Clearwater National Forests Fire Information page here.