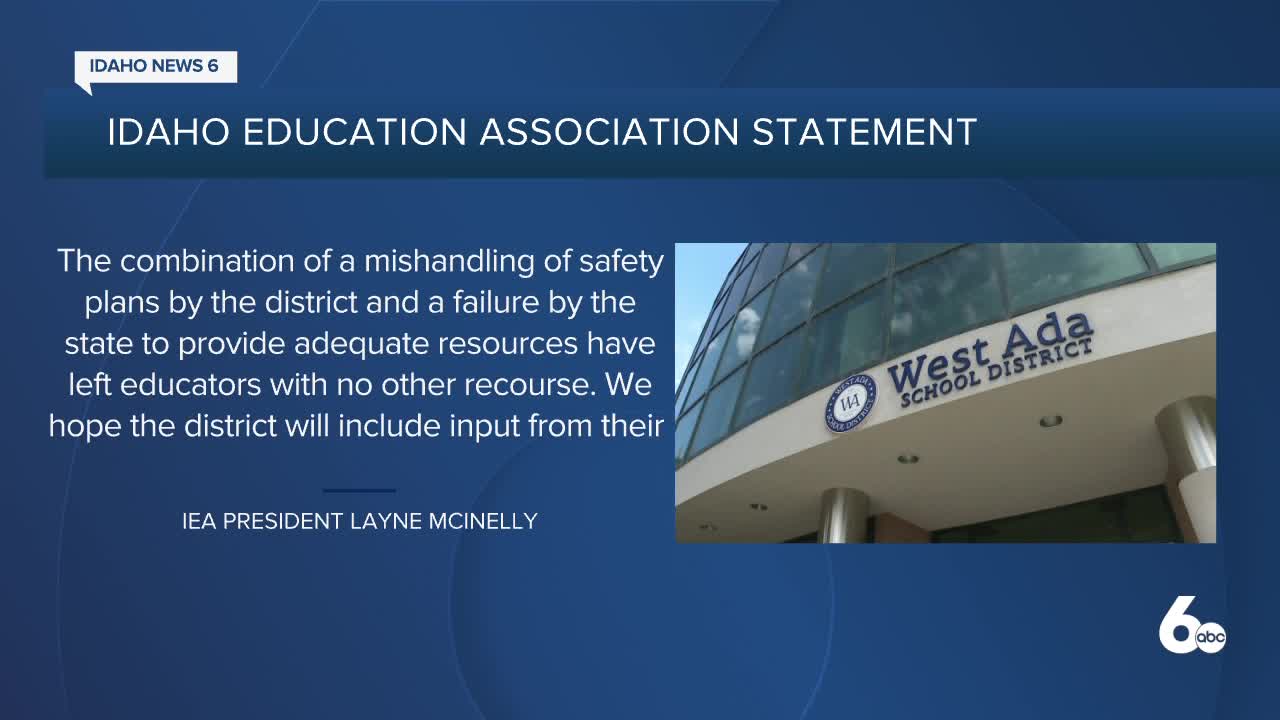 The West Ada School District canceled school for Monday, citing too many teachers calling out sick to cover with substitute teachers.

The West Ada School District canceled school for Monday, citing too many teachers calling out sick to cover with substitute teachers.

In a memo from Superintendent Mary Ann Ranells sent to school district parents Friday, WASD announced classes on Monday, Oct. 19, are canceled due to the number of teachers who have already called out sick. The memo says out of 2,145 classroom teachers, 652 have already called out, leaving West Ada School District with 500 unfilled positions.

"Principals, administration, teachers and staff worked hard to cover the absences, but unfortunately, we cannot," the memo reads. "With safety in mind, and due to supervision concerns, we are regretfully unable to hold school Monday. We will reassess the situation on Monday and give parents, guardians and staff an update."

West Ada School District Board of Trustees voted to keep both middle and high school students in an alternating schedule and move elementary students into the hybrid model as well, beginning Monday, Oct. 19.

West Ada Education Association President Eric Thies said in a Board of Trustees meeting Thursday teachers would 'sickout' if the district did not revert to full remote learning. Thies said during the meeting there are too many students per classroom and they are not able to socially distance, which breaks the health and safety guidelines from both local and national health organizations.

"Now that cases are climbing, within our district and schools and community, it is time to actually do something that increase the safety in our classroom that doesn't increase the risk," Thies said. "What you're asking is teachers do nothing to protect themselves and their students during this very difficult time. There is not a teacher in this district that doesn't love their job and love their students. It hurts me to say that if we are not remote on Monday, we are not going into our buildings."