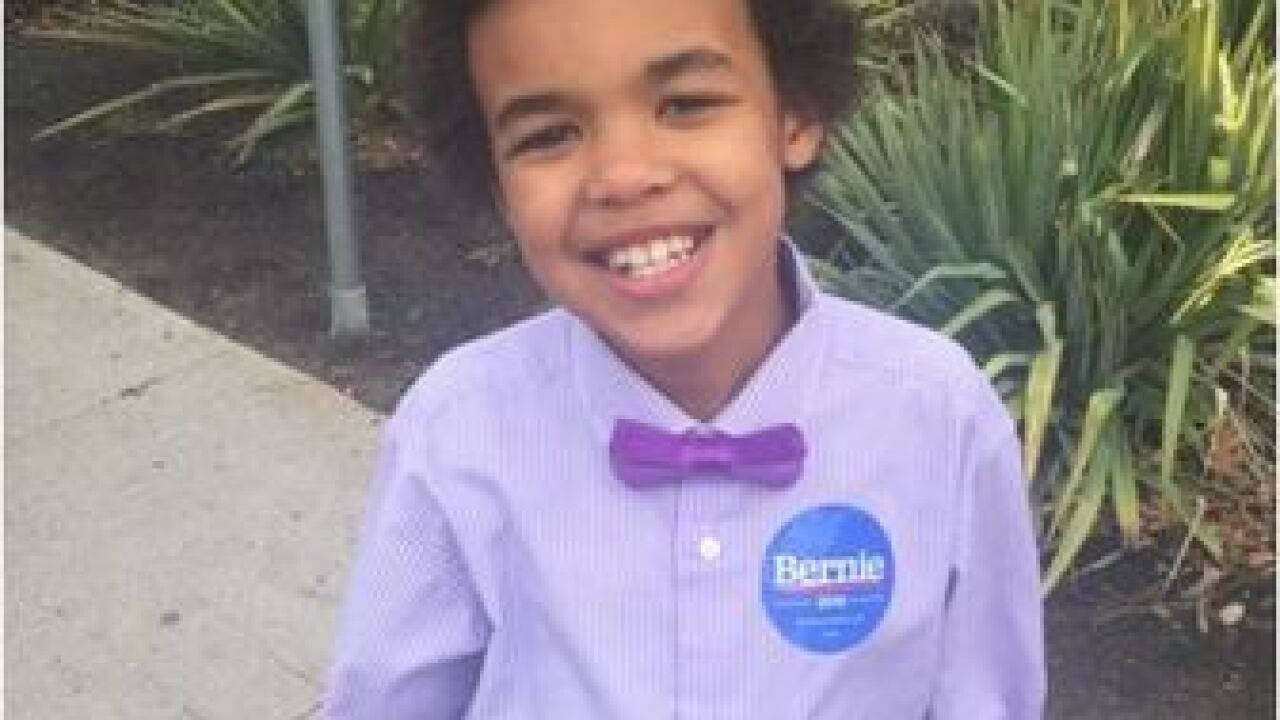 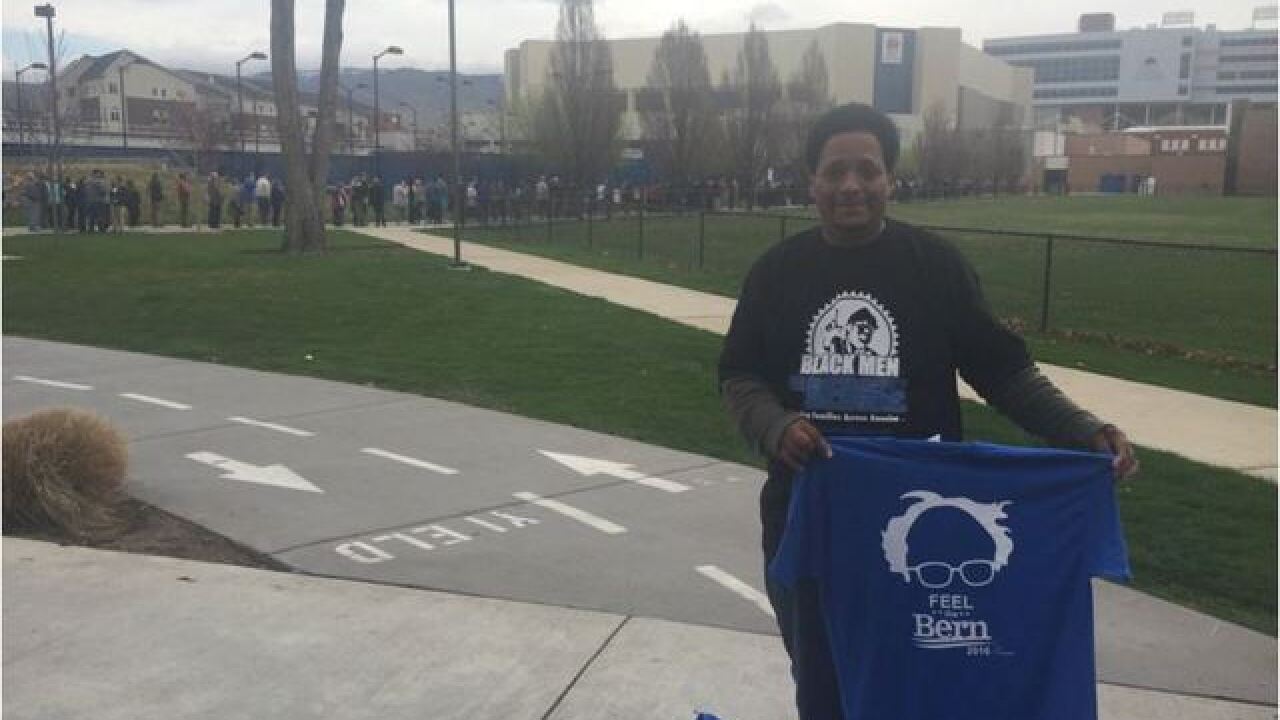 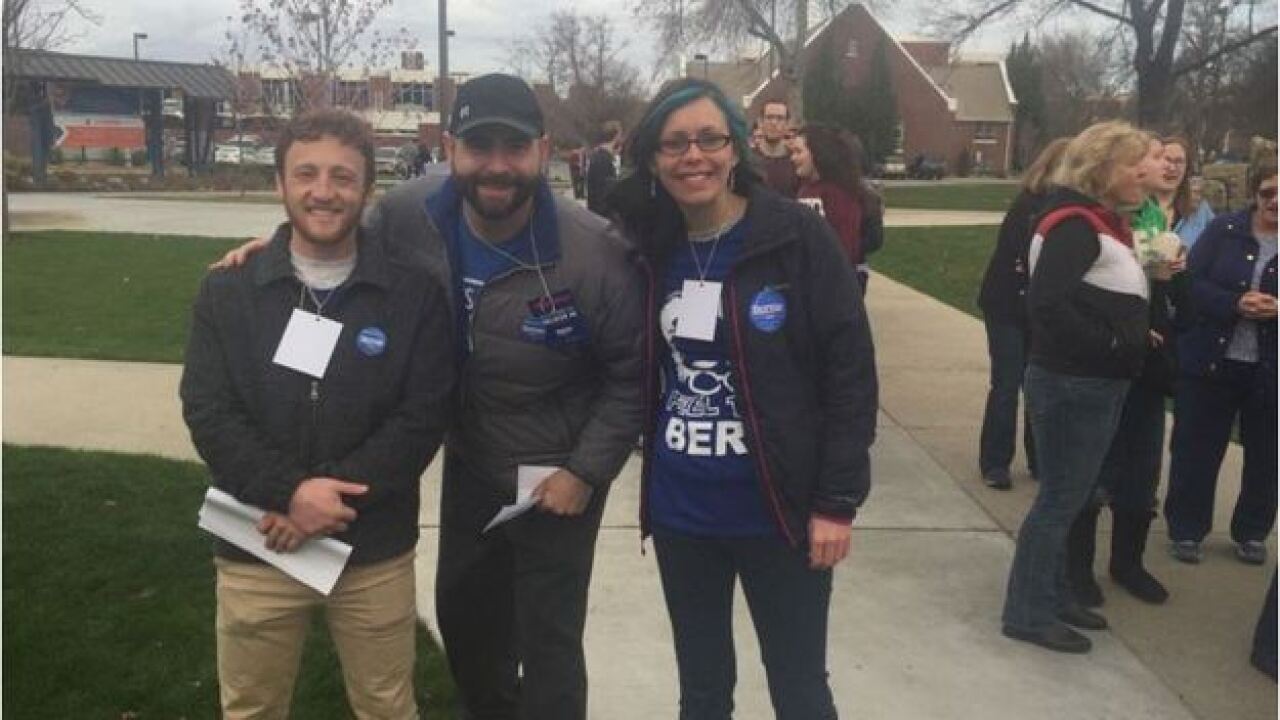 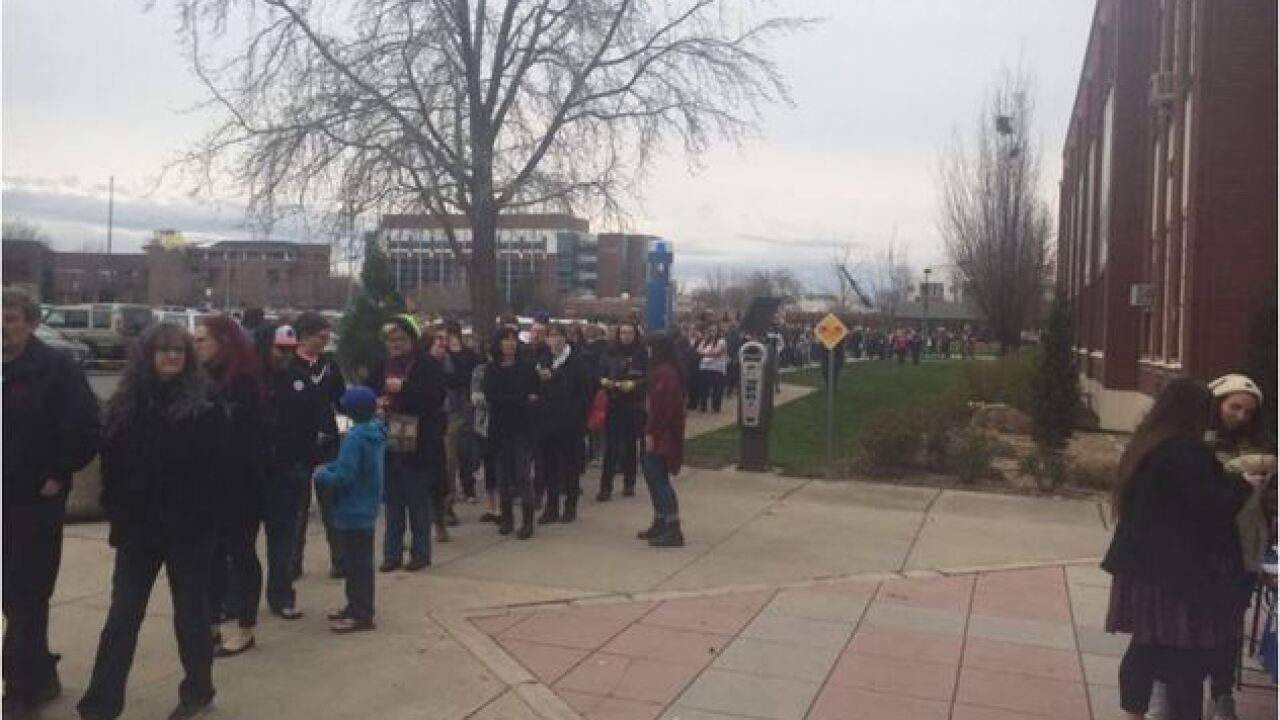 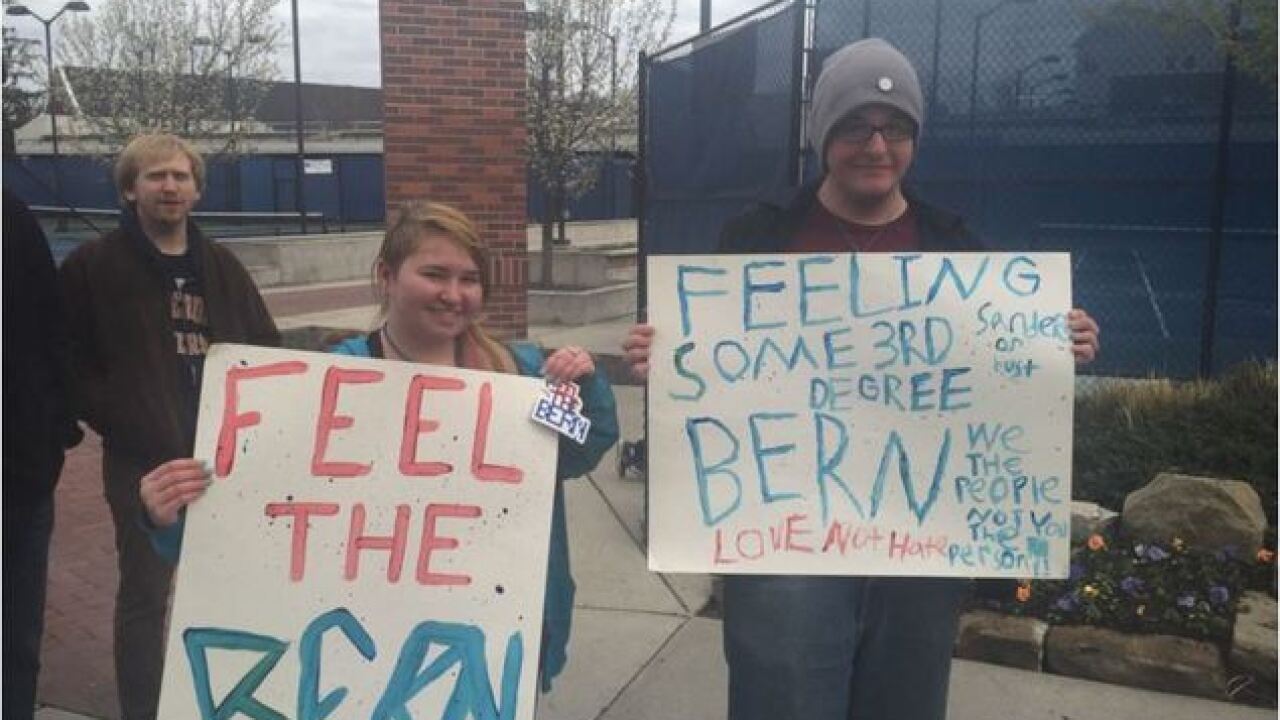 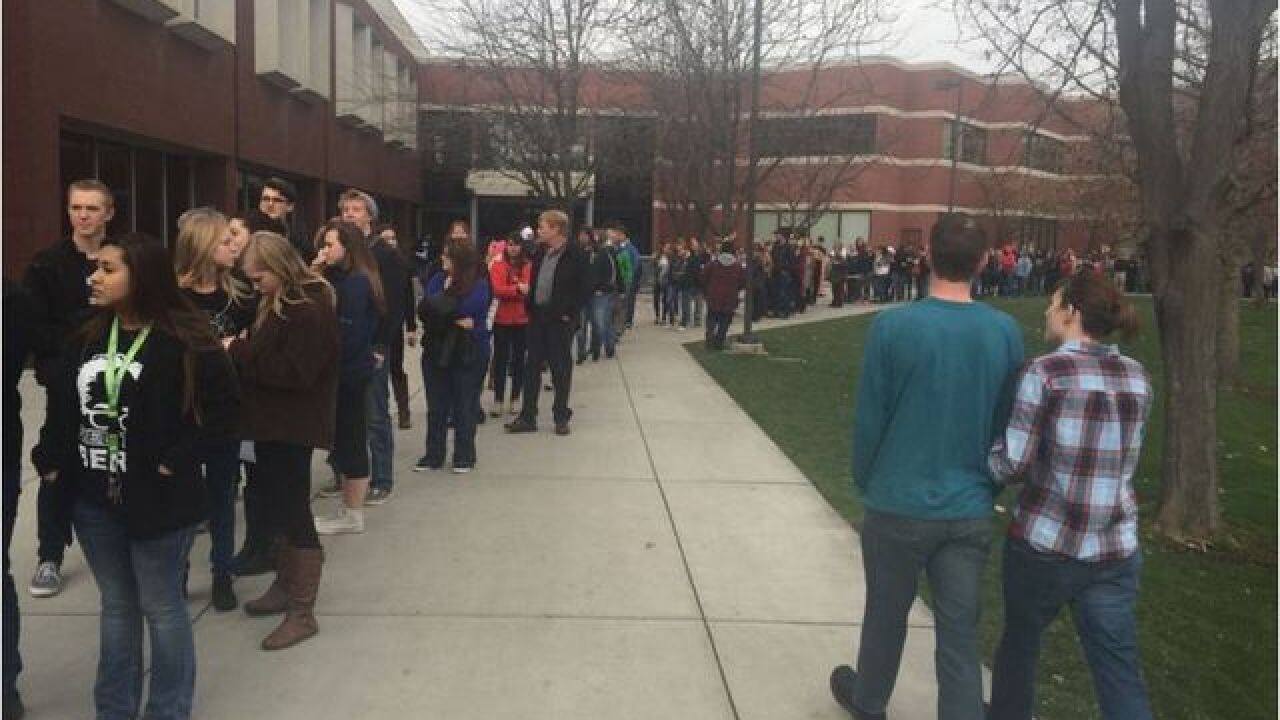 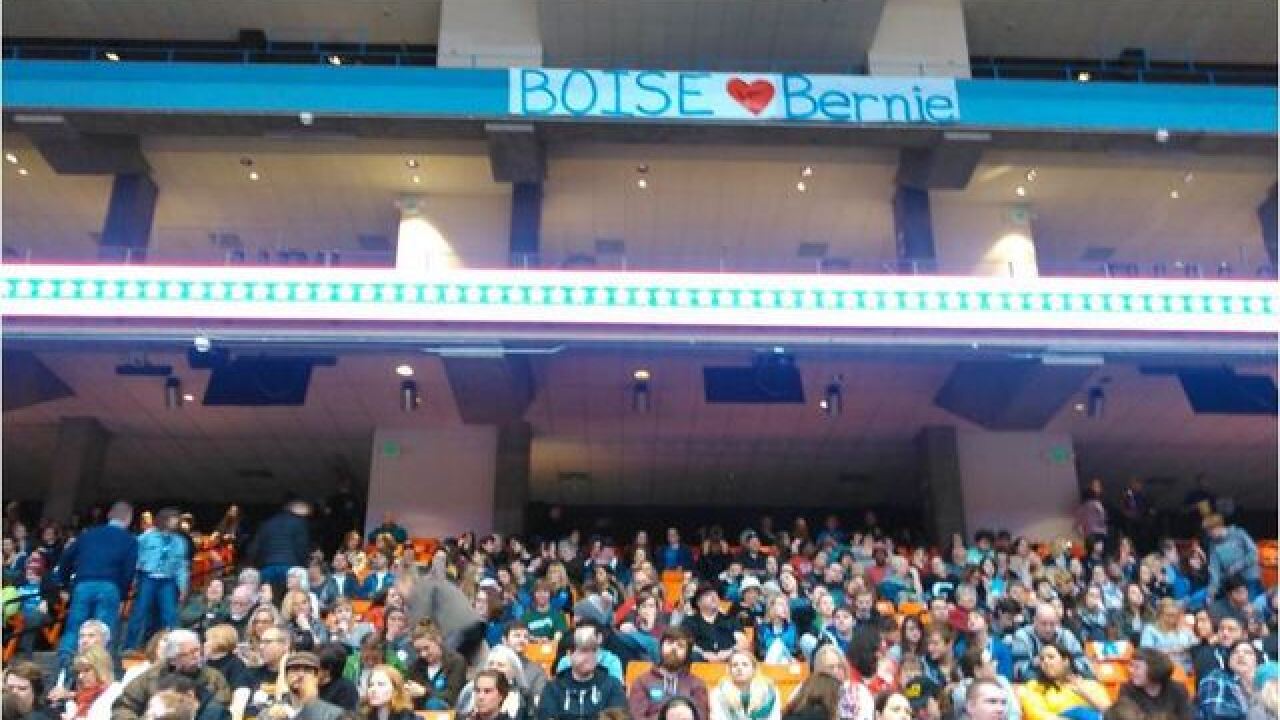 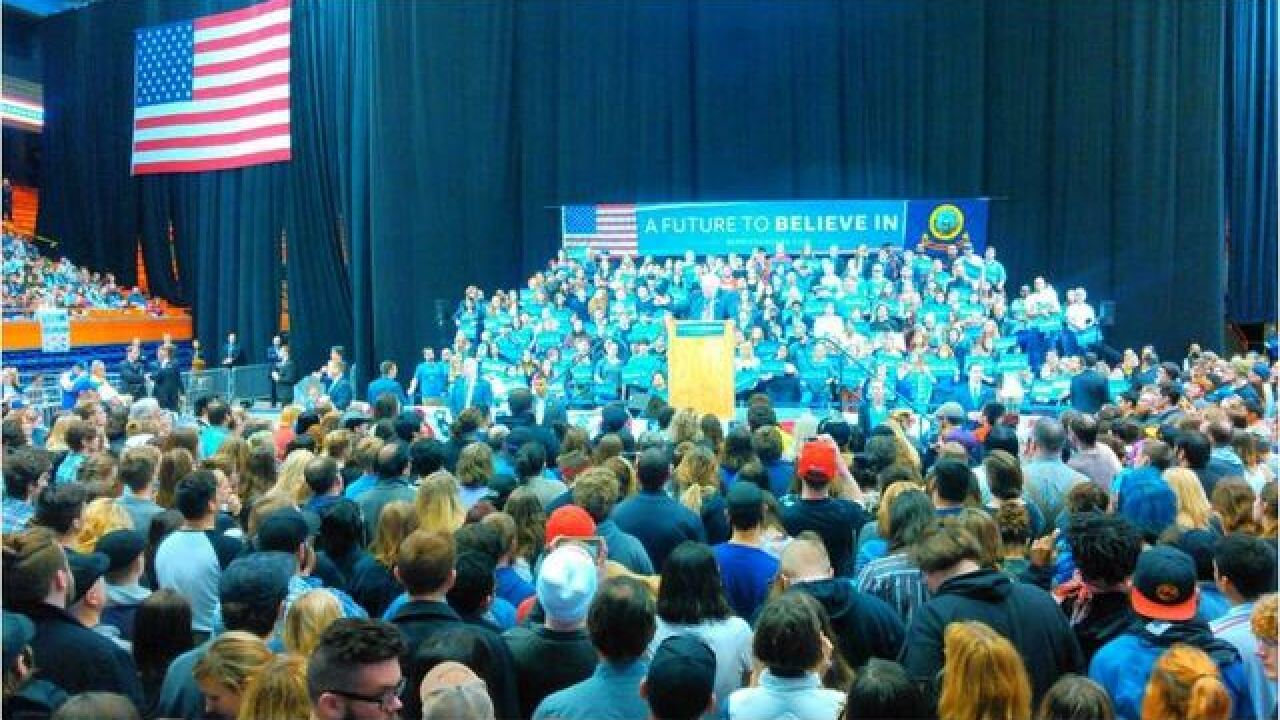 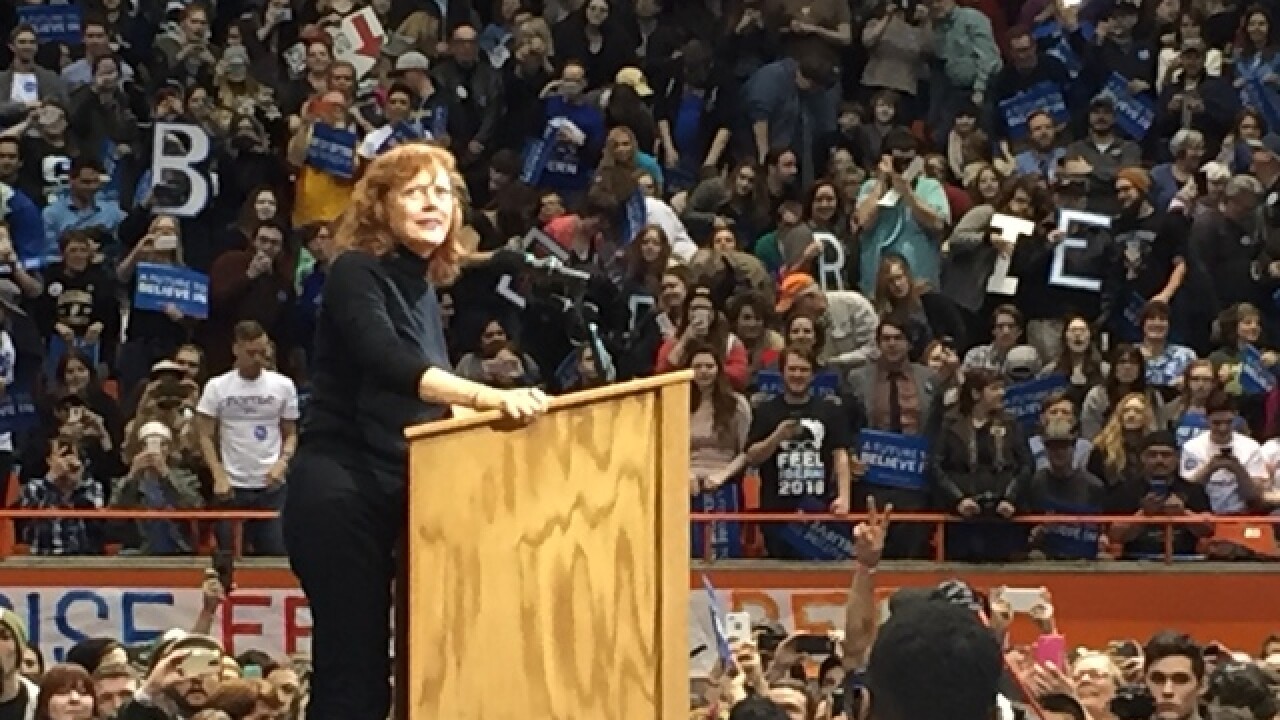 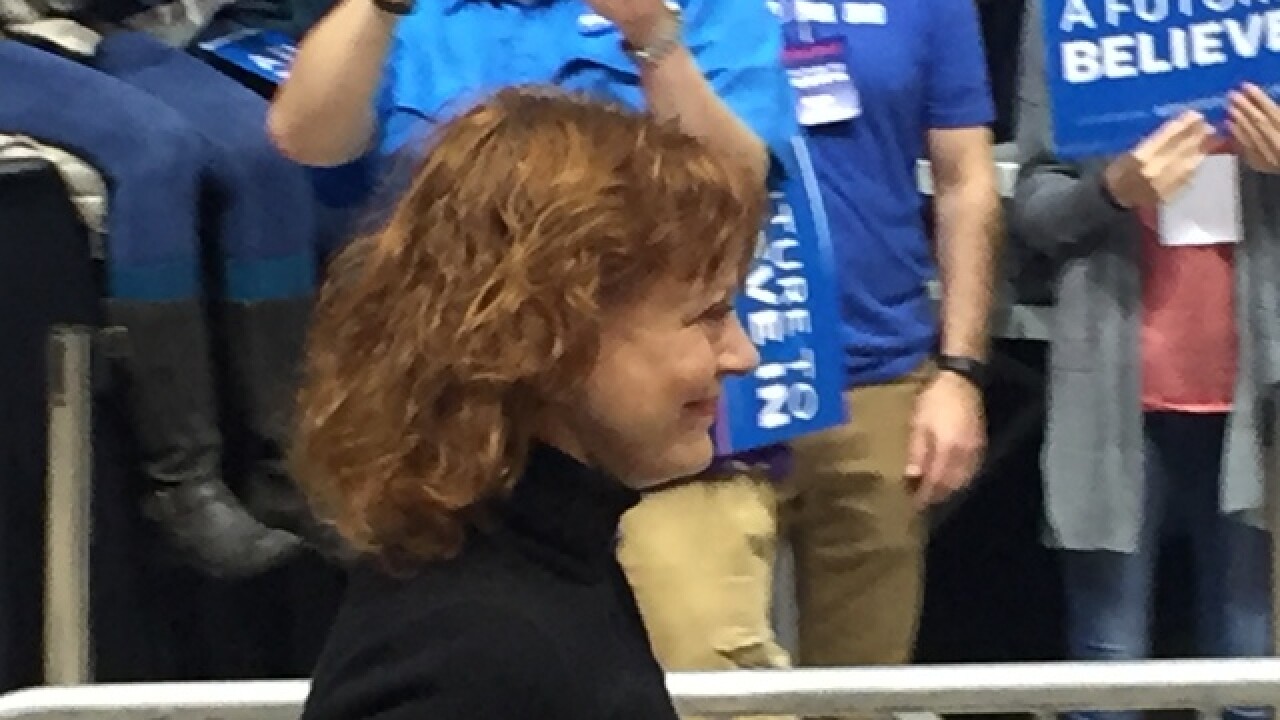 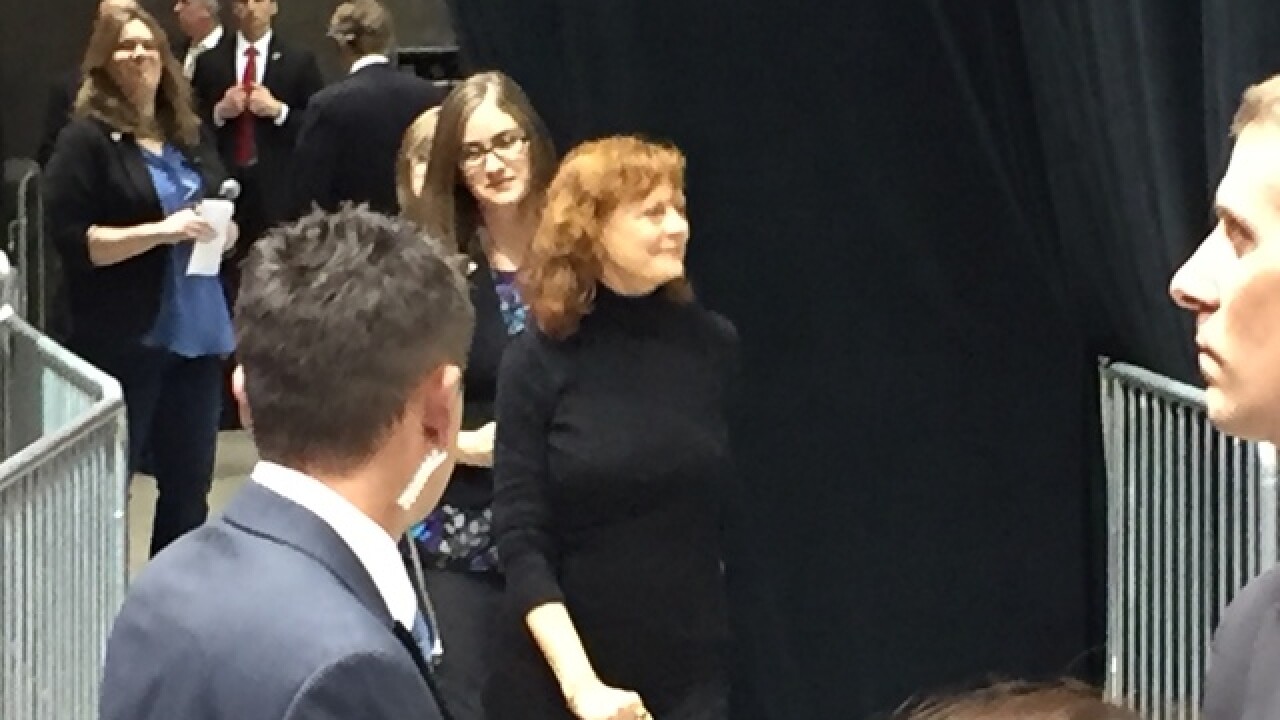 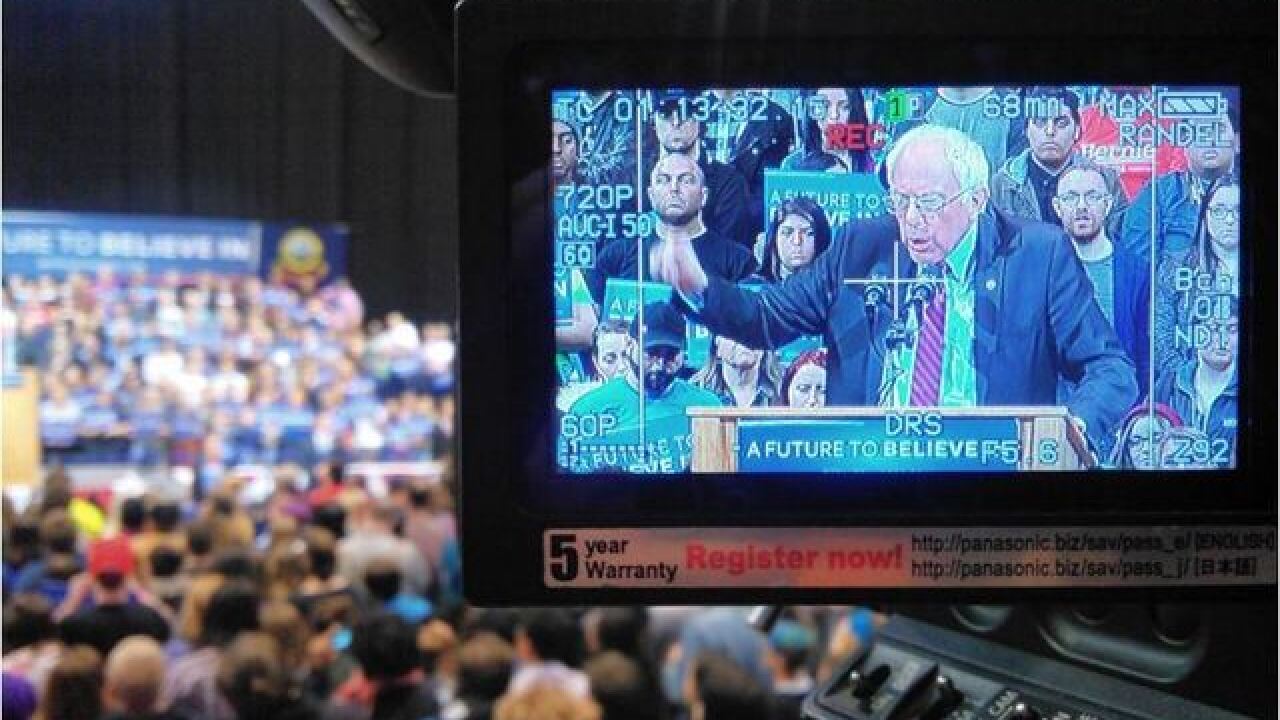 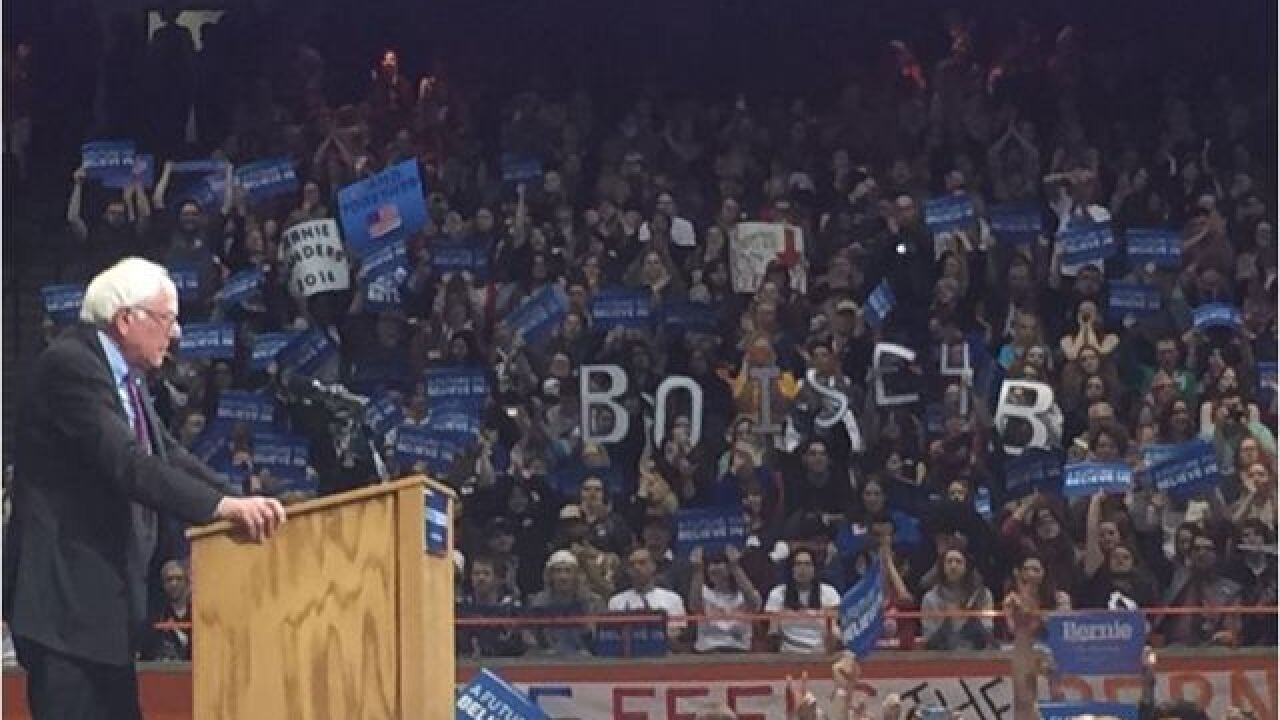 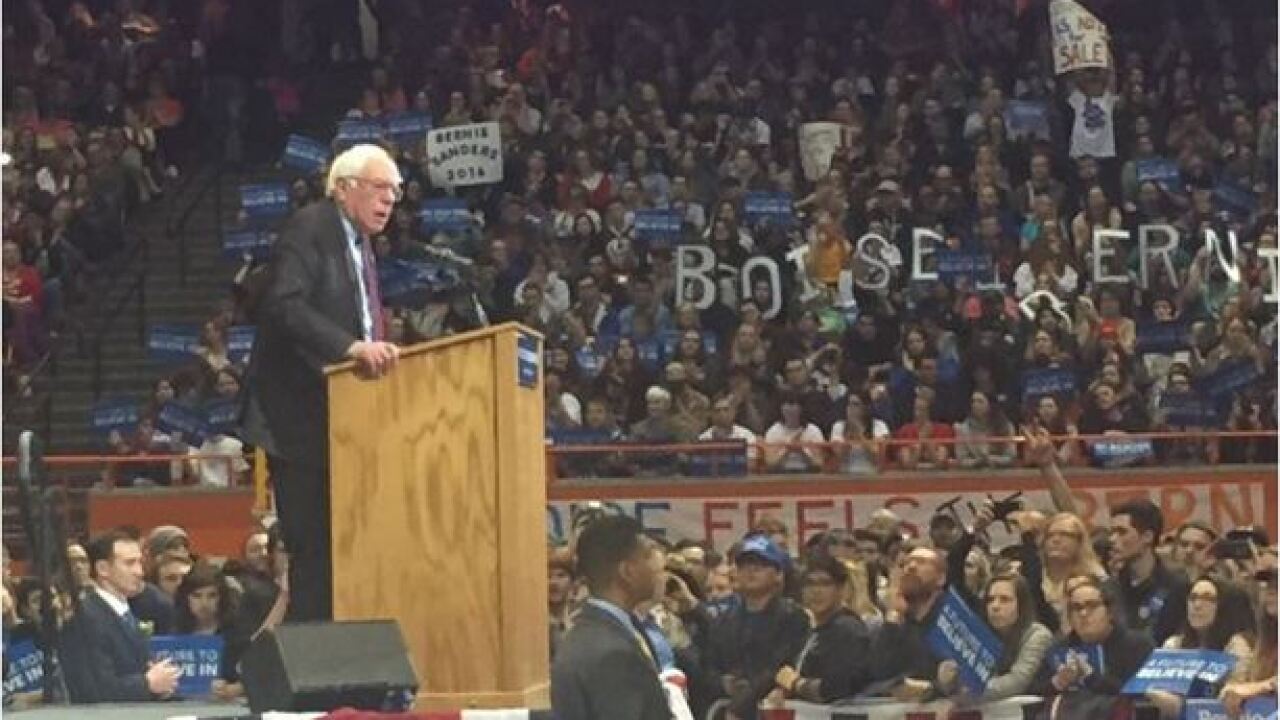 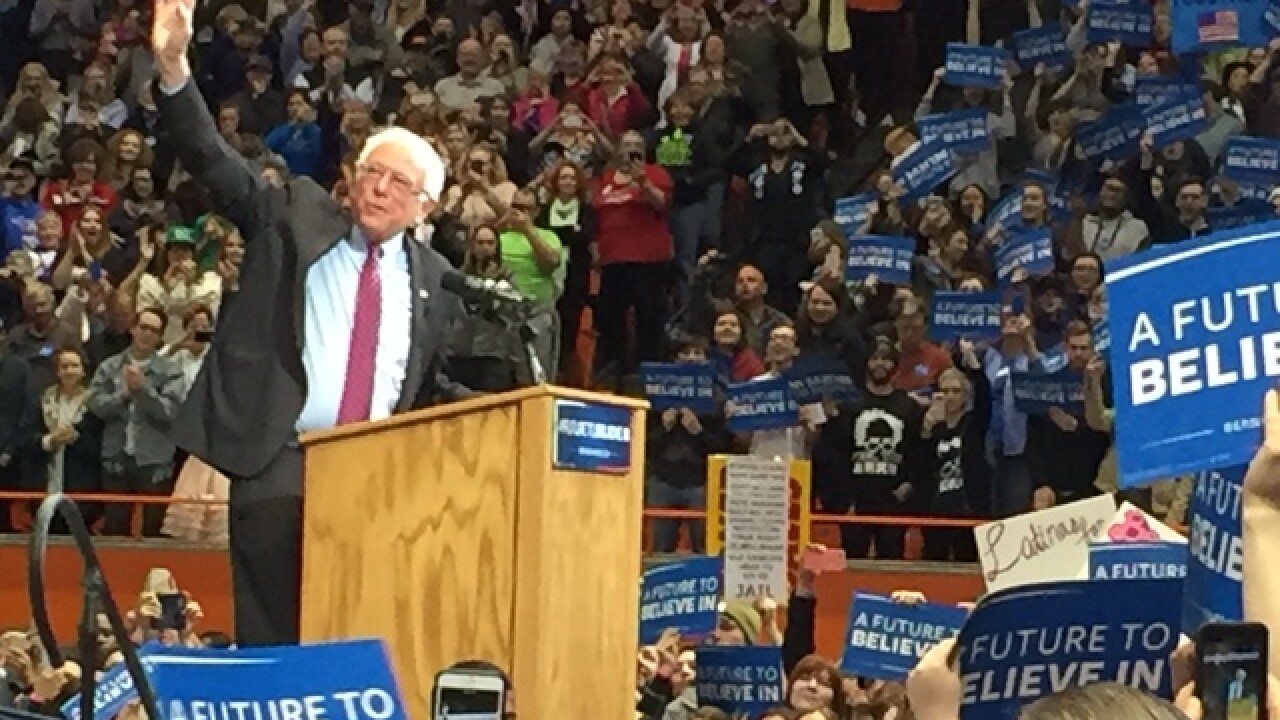 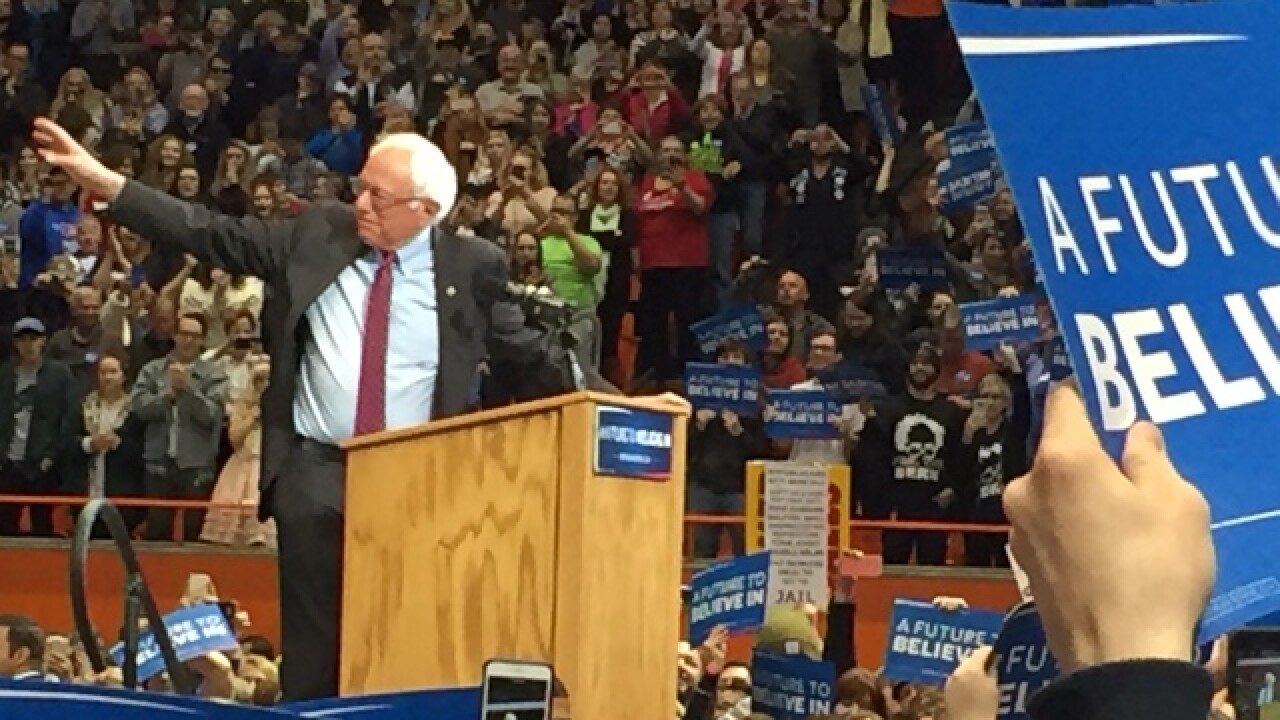 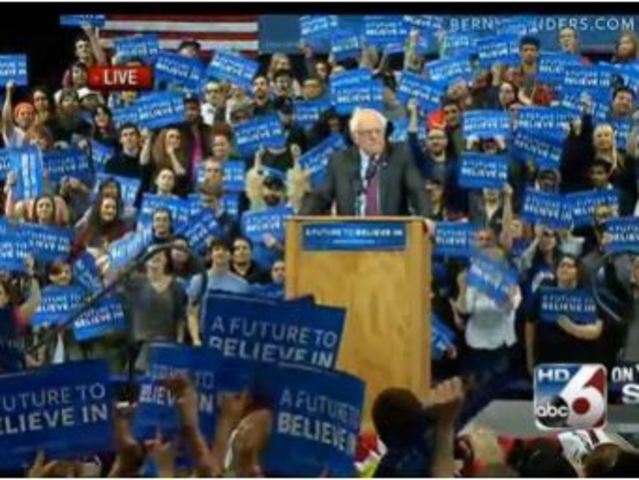 Sanders stopped to rally voters at the Taco Bell Arena on Boise State University's campus on Monday -- a day before the Idaho Democratic caucus. It's the same location President Barack Obama stopped to campaign eight years ago during his successful Democratic presidential bid.

The Democratic candidate is trying to catch front runner Hillary Clinton, who has a strong lead in pledged delegates. She needs about 770 more delegates to win the Democratic nomination.

Clinton has not made a public campaign appearance in Idaho, but did send Olympic winner Michelle Kwan to speak last week on her behalf.

Tune into our live stream! @BernieSanders has taken the podium pic.twitter.com/QFf6ydiBdo

Crowd inside @TacoBellArena getting ready to hear @BernieSanders speak at 12. pic.twitter.com/e2EzlXgygV

Senator Sanders promising an economy that "works for everyone not just the 1%." pic.twitter.com/jKeqIJinT2