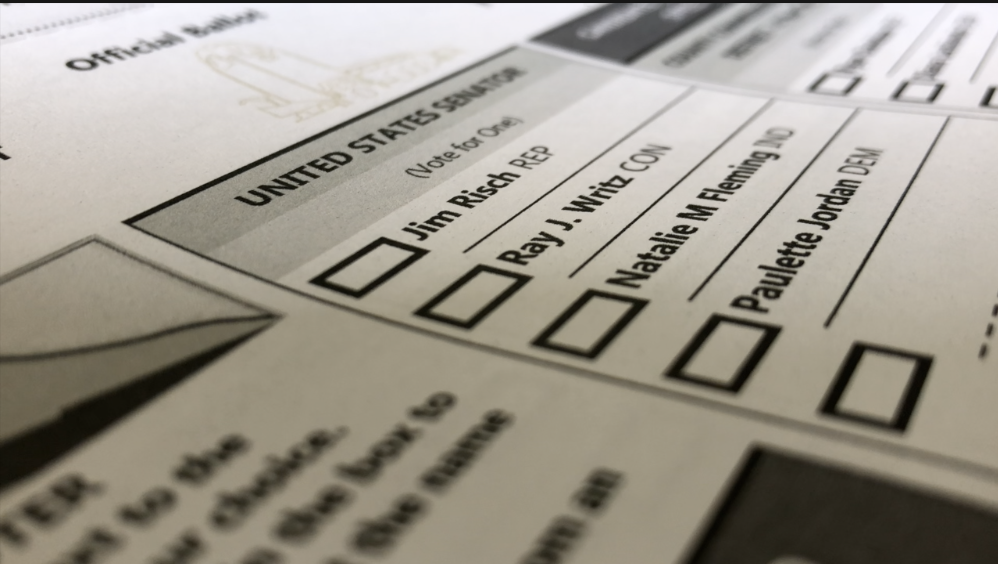 BOISE, Idaho — There's a lot more to vote for in this election than just the presidency. One of Idaho's US Senate seats is on the ballot with incumbent Republican Jim Risch challenged by Democratic candidate Paulette Jordan.

Senator Risch is a lawyer and politician who previously served as the governor and lieutenant governor of Idaho and has represented Idaho in the US Senate since 2009. He serves as the chairman of the Senate Foreign Relations Committee, one of the most powerful committees in the upper chamber.

Paulette Jordan, from Plummer, served legislative district 5 on the Idaho House of Representatives from 2014 to 2018 and ran for governor in 2018.

RELATED: What you need to know before you vote

“In this election, in my race, there’s a really clear choice here," Senator Risch said. "You have a conservative Republican, myself, representing the most conservative state in America. Then you have a liberal Democrat on the other side backed by [Alexandria Ocasio-Cortez], the squad, and all the PACs that back them. This is a really clear choice."

The candidates have very different views on a lot of the biggest issues facing Idahoans and Americans in 2020.

As we inch closer to the election, the Senate works to confirm Judge Amy Coney Barrett to the United States Supreme Court. It's a move Senator Risch says is the duty of the president and Senate, and a move Jordan says should wait until after Election Day.

"Americans should be able to decide on Election Day which presidential candidate they want to determine the makeup of the nation's highest court for years to come," Jordan said. "Instead of focusing on the US Supreme Court Justice, we should be focusing on COVID relief funding that should come back to our communities."

It's no secret COVID-19 has impacted millions of Americans as well as Idahoans, and could play a big part in how voters cast their ballots this year.

Unemployment hit record highs at the start of the pandemic as businesses were forced to shut down for safety concerns. Many Idahoans also found themselves out of a job.

"We’re at about 4-percent unemployment now [in Idaho] and dropping, so it is coming back," Senator Risch said. "So on the economy, I think the president gets very high marks. Now he won't get that nationally, of course, because the national media is so full of hate and vitriol for the president, they can't give him credit for anything."

"Anyone who says that our economy is doing better, or that we’re more well off than four years ago has to be joking," Jordan said. "And this is no laughing matter in this time, especially during a pandemic."

So who will represent Idaho as discussions continue in the Senate? That's up to the voters to decide.

To find a polling place near you or to check your registration status click here.

You can watch the full interviews with each candidate below: