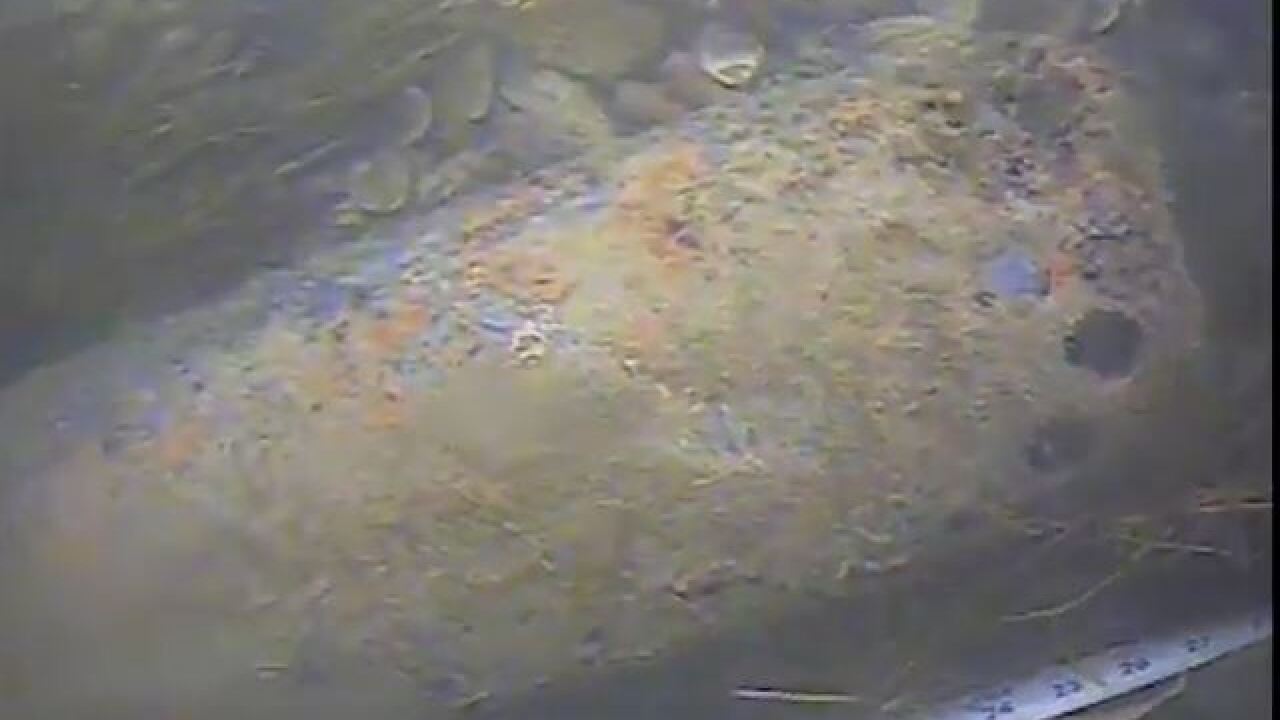 Copyright 2018 Scripps Media, Inc. All rights reserved. This material may not be published, broadcast, rewritten, or redistributed.
ITD

Idaho Transportation Department contractors discovered two unexploded military ordnances during maintenance repairs of the Idaho Highway 45 bridge over the Snake River. The devices were found October 31st and November 1st. Officials have safely removed and disposed of the ordinances, according to an ITD news release.

“Divers inspecting the base of a bridge pier underwater discovered the first ordnance on October 31. The contractor notified the Canyon County Sheriff’s Office, which helped contact and dispatch a bomb squad from the Nampa Police Department,” said ITD spokesman Jake Melder. Police contained the device and gave it to Mountain Home Air Force Base officials  -- who safely detonated it off-site.

The following day, a second explosive device was found in the same area, about twenty feet underwater. “The contractor immediately halted construction and contacted the Mountain Home Air Force Base,” Melder stated. Mountain Home AFB officials then dispatched an EOD unit to assess the situation. The device was determined to be secure as it laid and posed no immediate risk to the traveling public on the bridge or boaters on the water.

“ITD coordinated with the Office of Emergency Management, the Air Force, Navy, and local law enforcement to determine next steps. On Friday, November 9, and EOD dive team from the Navy removed the device and swept the area for other possible EODs. For the safety of the public, officials closed the bridge and river for roughly twenty minutes during the extraction.” Melder explained,

Navy divers successfully removed the EOD and the Air Force disposed of it off-site. A sweep of the immediate area did not find additional EODs. “ITD will perform a thorough sweep of the area before resuming repair work,” Melder said.