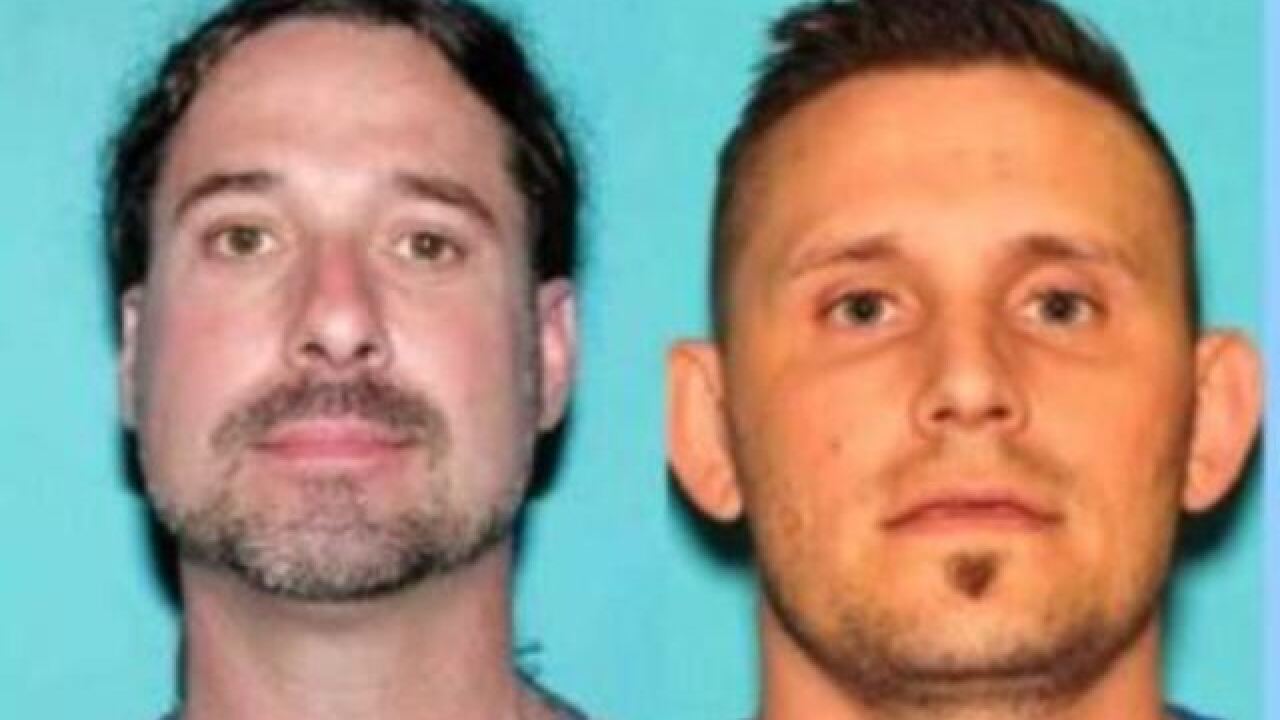 Copyright 2018 Scripps Media, Inc. All rights reserved. This material may not be published, broadcast, rewritten, or redistributed.
Lehr, Karen

Two Nampa men who were reported missing after they went on a fishing trip Sunday have been found safe.

The Nampa Police Department said Tuesday morning that both men -- 32-year-old Wade Osterhout and 48-year-old Larry Brewer -- were located along the Snake River in the area of the Guffey Bridge at Celebration Park in Canyon County.

“It is reported that one of the watercraft’s motors quit working and that they were stuck in an area with no cell phone service -- and one phone had fallen into the water,” said Nampa Police Department Sgt. Tim Riha. “They were not able to contact family to let them know the situation they were in.”

On Monday evening, the Civil Air Patrol located the fishermen’s abandoned vehicle in the Swan Falls area of the Snake River and The Patrol continued to monitor the phones for activity and, early Tuesday morning, one of the phones became active. “Using the location information from the phone becoming active, family members went to that area and were able to make contact with Osterhout and Brewer near the bridge. The two fishermen are safe and are now back home after collecting their vehicle and watercraft,” Riha said.

The Nampa Police Department thanked all of the other agencies and people who helped with the search efforts.

They are also reminding people of some safety tips when planning adventures in the outdoors. “Please make sure that family members know where you are going and when you’ll be back. Make sure you have sufficient food and water with you, in case you get stuck or stranded. If you’re going to be on the waterways, have all the required safety gear with you, such as a personal flotation device and whistle,” Riha said.