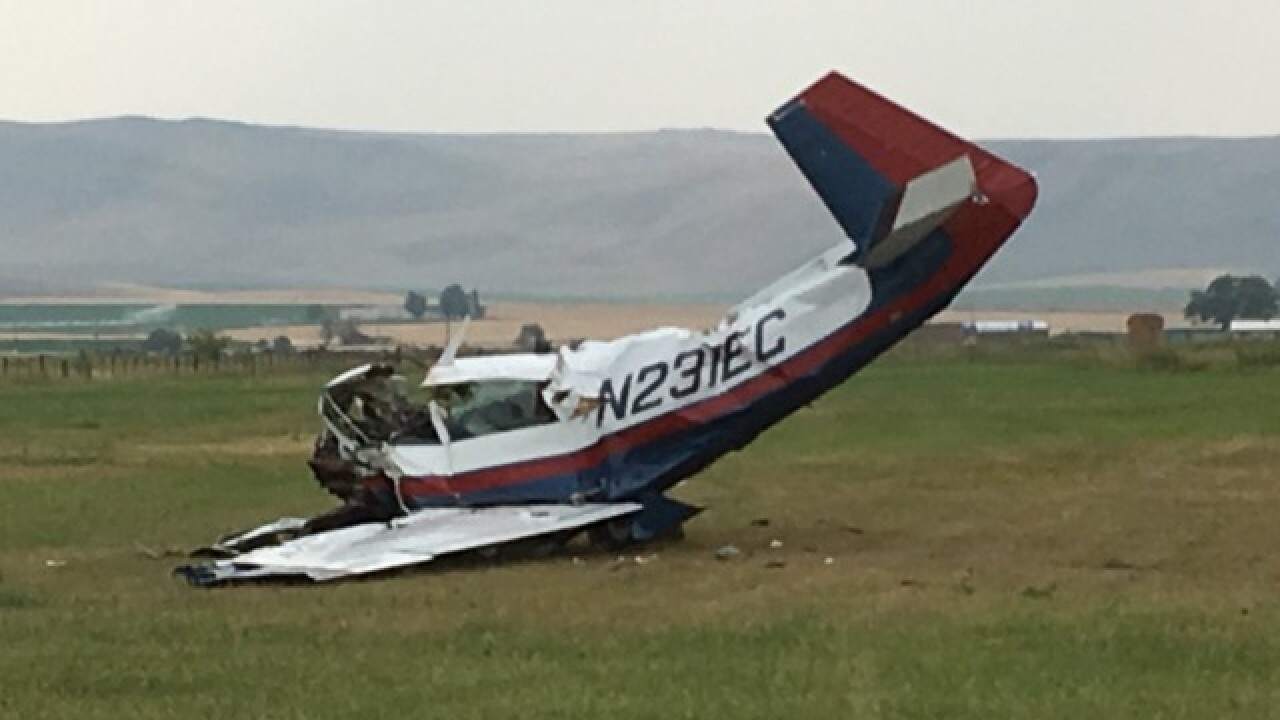 A man and woman from Middleton were killed in a small passenger plane crash in Baker County, Oregon Saturday.

Authorities say pilot William Watts, 77, and Mihoko Nelsen, 70, the female passenger, died as a result of the crash near Lindley Road and I-84. The single-engine plane crashed nose first in a hay field.

The two had been travelling from Caldwell, and were believed to have been enroute to the Baker Airport.

The Baker County Sheriff’s Office is working with the Federal Aviation Administration and the National Transportation Safety Board to determine the cause of the crash.