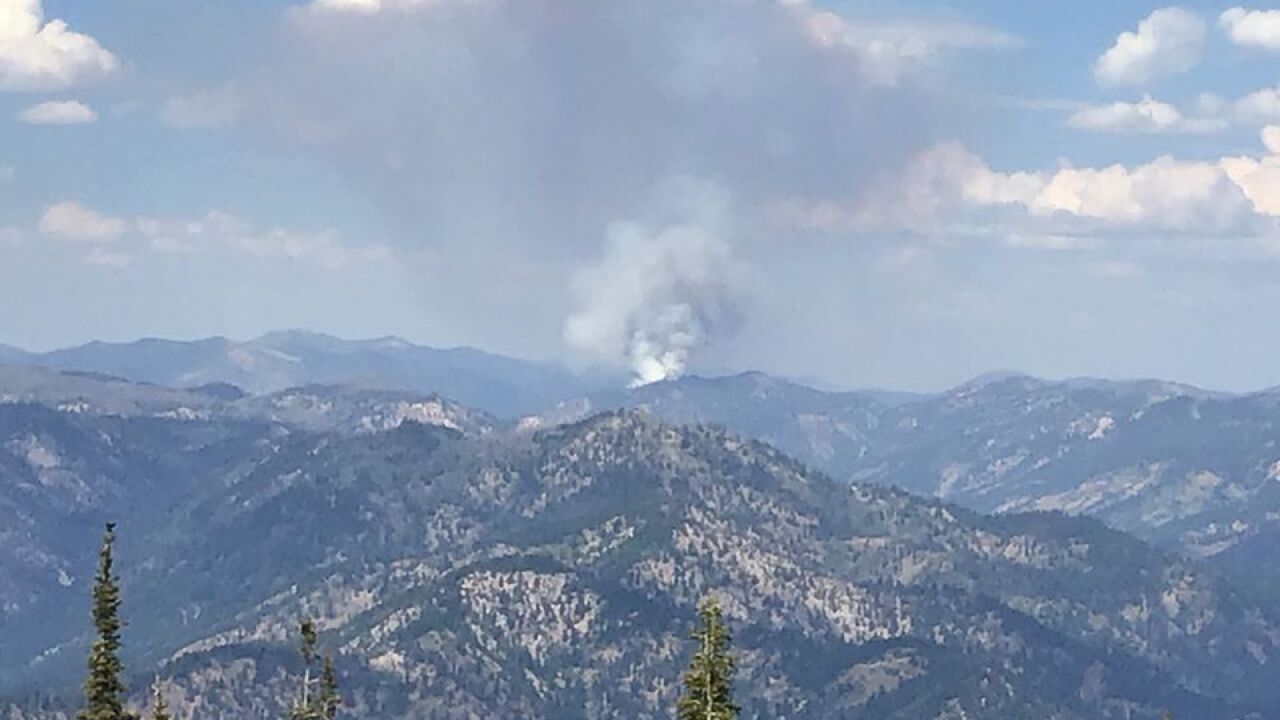 BOISE NATIONAL FOREST — UPDATE (7/29): The Warm Fire burned to the top of a ridge and slowed down on the south-facing slopes. Crews are making good process and campers have been told they can return to the Bull Trout Lake area. A road closure on National Forest System road 520 was not put into place. Approximately 67 firefighters are on the scene. The Warm Fire has burned around 25 acres and was caused by lightning.

The Golden Fire is burning patches of dead and down sub-alpine fir. The fire is burning in a steep draw with a lot of downed timber making firefighter access challenging. Crews are working spot fires to slow fire spread. There are no immediate threats to structures and there are currently no closures in effect. The Golden Fire has burned 30 acres and the cause is still under investigation.

The Warm Fire, which was caused by lightning, is located three miles southwest of the Bull Trout Lake area. As of Tuesday morning, it was burned around 25 acres and is 0 percent contained, according to the Idaho Fire Info website. Campers from the Bull Trout Campground were evacuated as a precaution. If the fire moved east overnight, the road into Bull Trout Campground (National Forest System road 520) may be closed to the public from Highway 21 to Bull Trout.

The Golden Fire has burned around 15 acres and is located five meals east of Pioneerville. Crews, including hotshots and air attack, responded to the fire. The cause of this fire is under investigation.

Crews worked hot spots along the perimeter of both fires to reach full containment and they were fully staffed Monday evening. There are no immediate threats to structures and no closures in effect.

With predicted hot and dry weather expected, fire crews will continue to work to contain the fires over the next few days. Forest officials ask the public to be careful with all flammable materials and to put campfires completely out, stirring the coals and ashes with water. With temperatures increasing and humidity decreasing, fuels are drying out and the potential for wildfire ignitions rises daily.