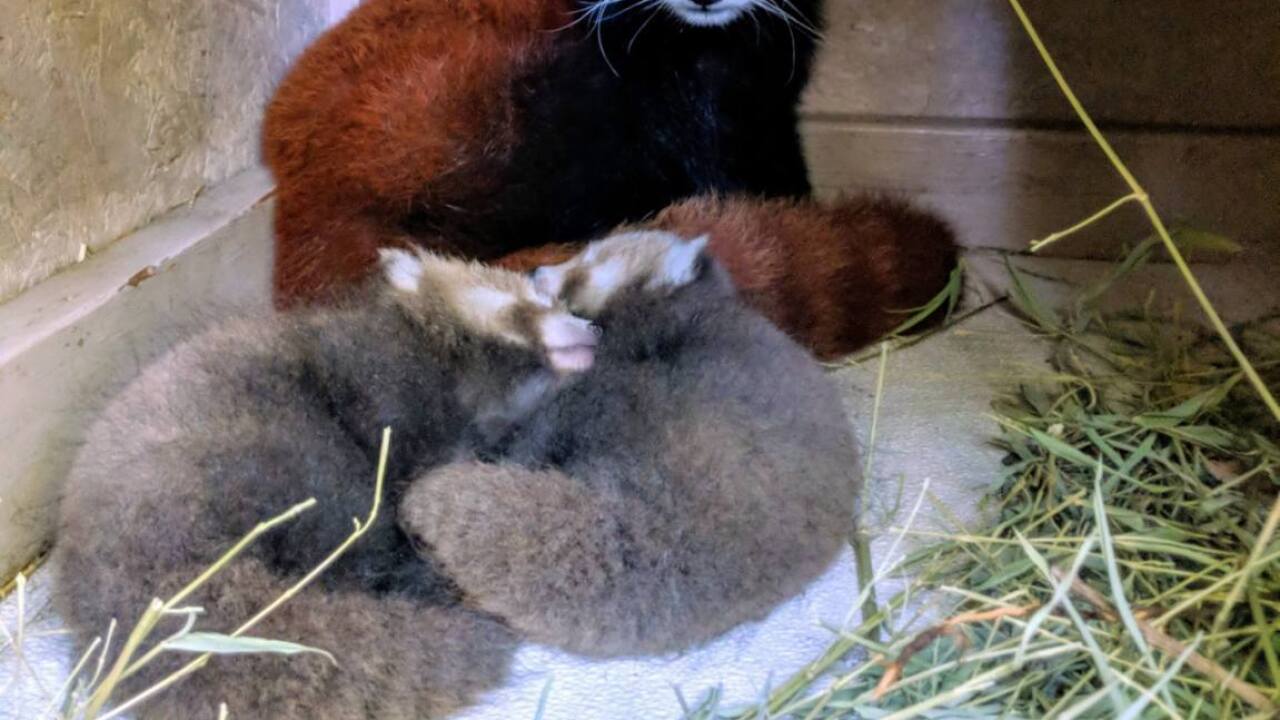 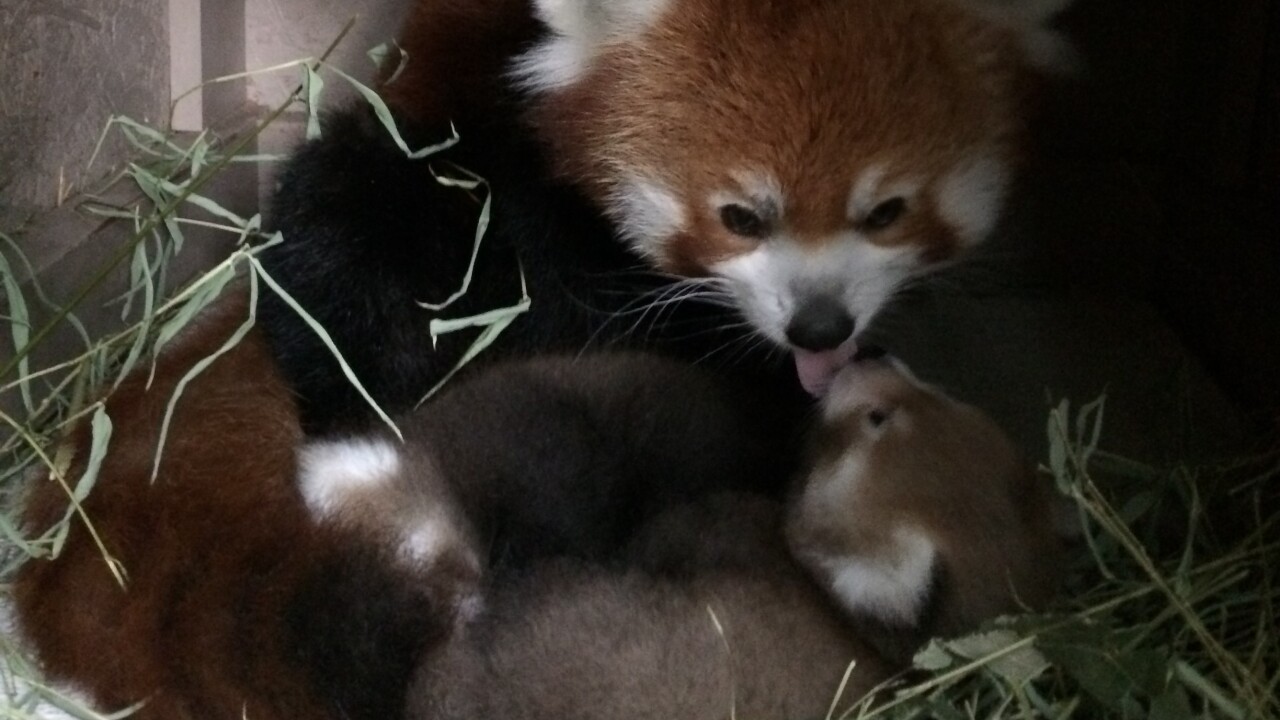 BOISE, Idaho — Zoo Boise announced the birth of two red panda cubs this summer. The twin cubs, one female and one male, were born on June 19 to parents Dolly and Spud. This the couple's first litter, but Dolly's sixth.

Like red pandas in the wild, the cubs have been spending the first few weeks in the den. As they grow over the next few months, they will begin to leave the den and explore the exhibit. Zoo visitors may be able to see the cubs as they begin to spend more time outside.

Zoo Boise is excited to announce the birth of two red panda cubs! The twin cubs, one female and one male, were born on June 19, 2019 to parents Dolly and Spud. Learn more - https://t.co/yRTbQXu586. pic.twitter.com/6FlGNyJEtF

Dolly has been doing a great job of caring for the cubs, as she had with previous litters. Zoo Boise staff have been giving the family as much privacy as possible. This is to make sure Dolly does not become stressed continue to take care of the cubs.

Weekly check-ups show the cubs are healthy and growing. On August 6, both cubs weighed around one pound.

The red panda parents have been matched as part of the Red Panda Species Survival Program (SSP). The SSP is one of the Association of Zoos and Aquariums conservation programs. The primary role is to serve as a breeding program for selected endangered or threatened species. The goal is maintain a healthy and diverse population for animals in order to increase their numbers and reintroduce certain zoo-bred animals into their natural habitats.

The naming rights for the cubs will be auctioned off at Zoobilee, Zoo Boise's annual gala, on September 13.