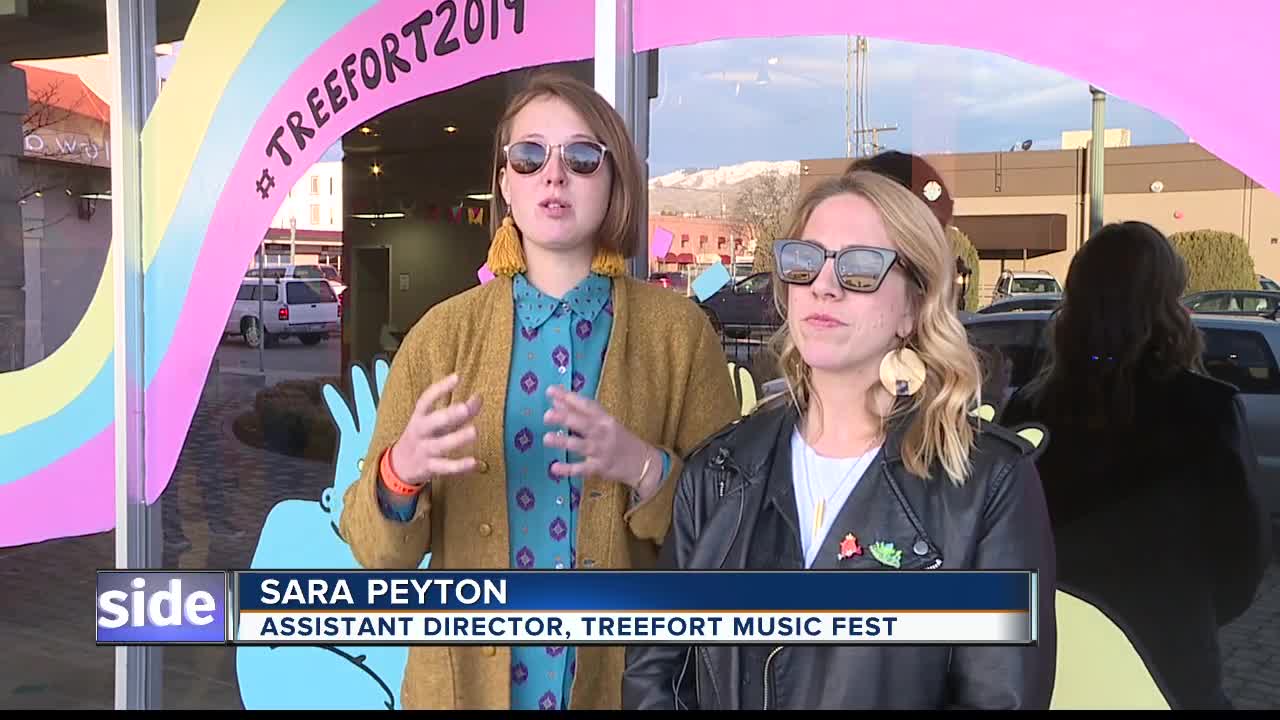 Treefort 2019 is just around the corner-- meaning the streets of downtown Boise are about to be taken over by music, art, and beer-lovers... just to name a few.

BOISE, IDAHO — Treefort Music Fest 2019 is just around the corner-- meaning the streets of downtown Boise are about to be taken over by music, art, and beer-lovers-- to name a few.

Aside from this year's music line up, which features artists like Liz Phair and Vince Staples, the yearly festival will also play host to several other related events, like Comedyfort, Storyfort, and Filmfort.

On the topic of Filmfort, event organizers recognize that, unlike many other states, Idaho does not offer tax incentives for filmmakers. This, is even more of a reason why they feel it is important that their festival features a community for film and other art forms.

"It is like a struggle in Idaho for the arts, ya know and so I think, one of the best parts of Treefort, is we really try to support the artists, and make filmmakers feel like there is a place and there is a scene that wants that, that's craving that environment, and a place where they can all come together and collaborate," said Sara Peyton, Assistant Director, Treefort Music Fest.

The festival will take place in downtown Boise for five days; from Wednesday, March 20 to Sunday, March 24.

"So get out and explore," said Megan Stoll, Marketing Manager, Treefort Music Fest. "If you get stuck in a line, just go find something else, go to something else. We also have an app, which has this awesome feature called Lineometer, and you can like see what the line is like at every venue."