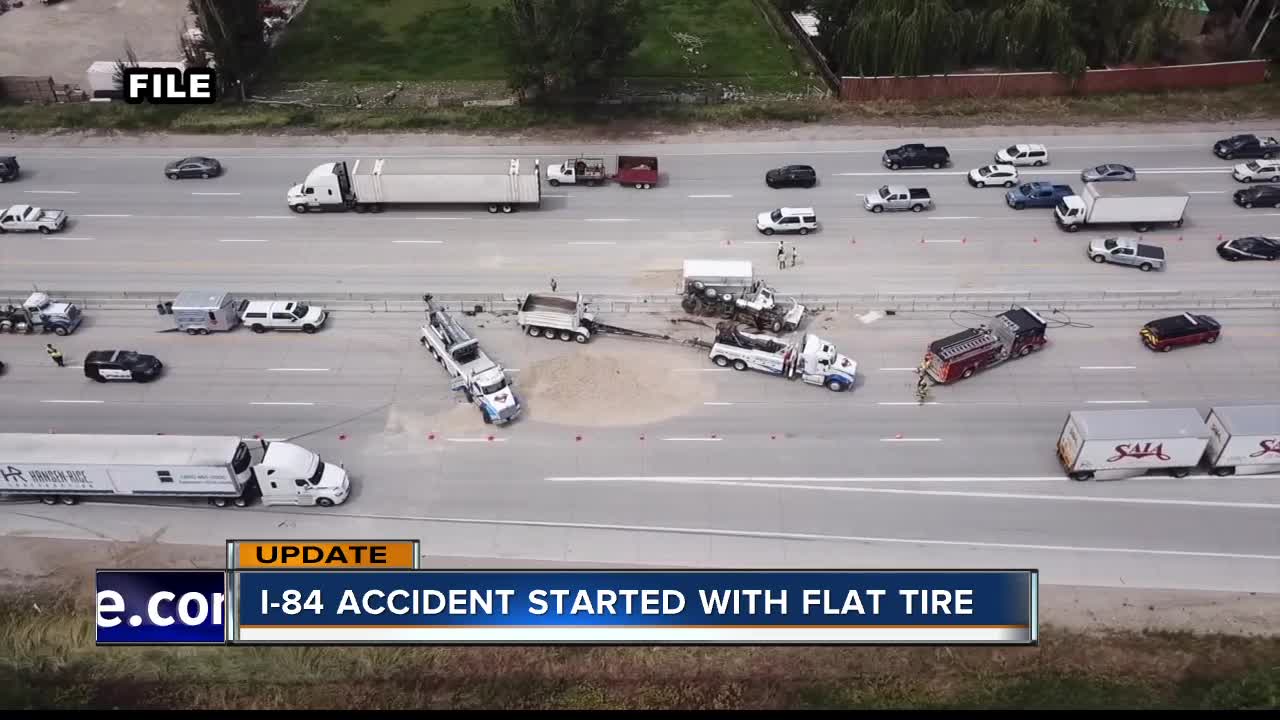 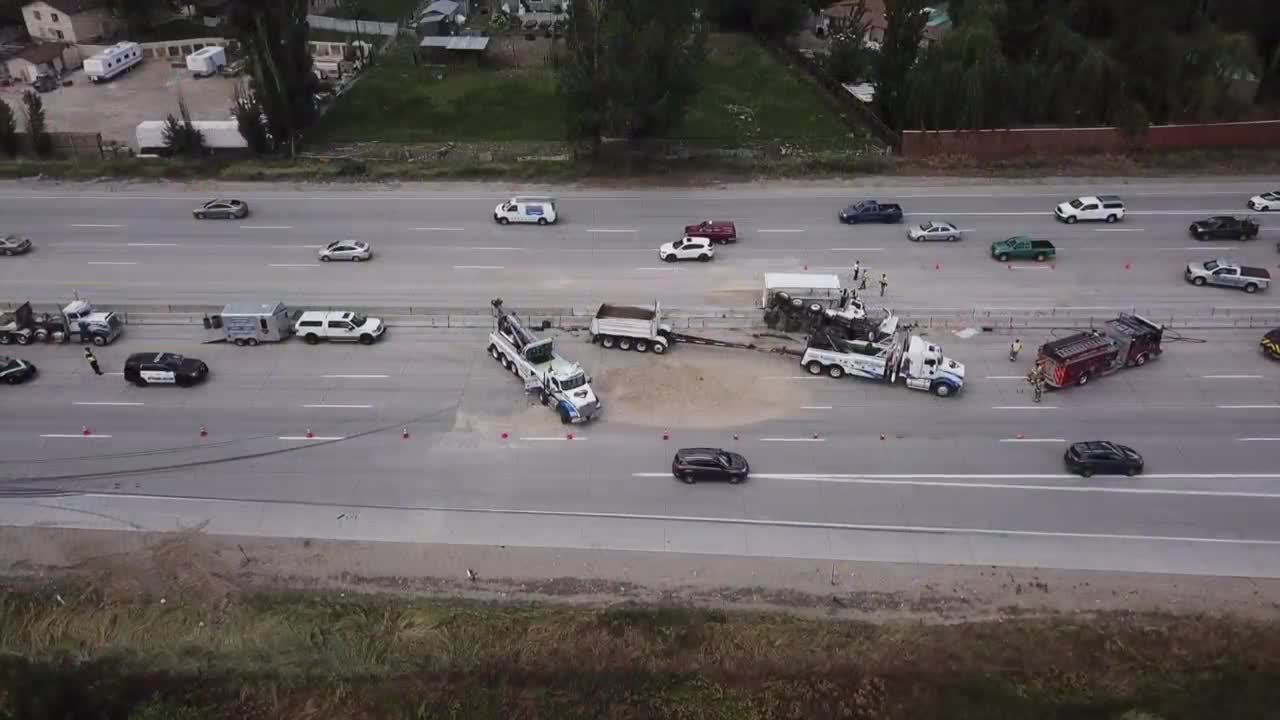 Idaho State Police say the accident that caused major delays along I-84 in Meridian Friday started when a driver got a flat tire shortly after noon.

ISP says 35-year-old Brian Smith of Boise was on the left shoulder with a flat tire when he tried to exit the interstate, crossing several lanes of traffic. That's when his van was struck by a semi-truck and trailer traveling eastbound. The semi overturned after hitting the median barrier and spilled a load of sand onto the highway.

The semi-truck driver, 59-year-old Lonnie Caldwell of Boise, was transported by ambulance to St. Luke's in Meridian.

Both drivers were wearing seatbelts.

The left two eastbound lanes and the far left westbound lane was blocked for six hours while crews worked to remove the wreckage.

Several additional property damage crashes were investigated westbound and eastbound on I84 between mile markers 45 and 47, in Meridian.

Police are responding to multiple crashes snarling traffic on both westbound and eastbound I-84.

Dispatchers say eastbound I-84 is at a standstill, but that a tow truck is working to clear the area.

A crash just west of the Eagle off-ramp on eastbound I-84 is blocking two left eastbound lanes and the far westbound lane. It was orignially called in as an injury crash, and dispatchers say at least one person was transported. The call came in around 12:12 Friday afternoon.

Idaho State Police and Meridian Police are on scene and delays are expected.

If you are in canyon county right now and thinking of heading to Boise, do not, I repeat do not, head for the freeway! Eastbound i-84 is stopped dead standstill from the Eagle road exit at least to Ten Mile. Find an alternate route!

The cause of the crash is unknown.

We will keep you posted with the latest updates.

Expect significant delays on Eastbound I-84 between McDermott and Eagle Rd due to a crash. Eastbound I-84 is down to one lane from Locust Grove through Eagle Rd.