Three apparent inmate suicides in IDOC prisons in only one month 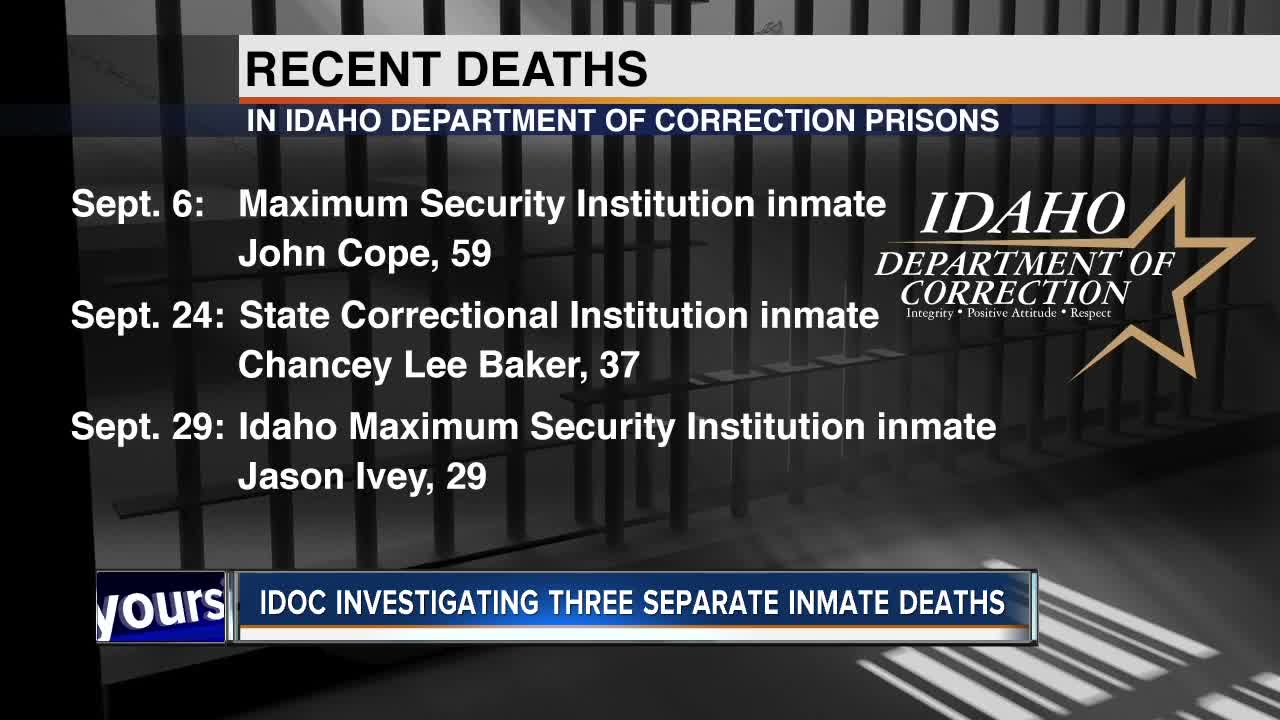 Three apparent inmate suicides took place in Idaho prions within the span of just one month.

The Idaho Department of Correction (IDOC) is busy investigating the three separate deaths, which a spokesperson said took place in their state correctional and maximum security facilities.

All three deaths appear to have occurred in the same manner.

We reached out to IDOC staff for an interview, but they declined and instead provided a statement.

"We are reaching out to suicide-prevention experts. We’re asking them to examine the way our system operates and evaluate our procedures."

In our continuing coverage of their plans to implement the hotline resource in their prisons, Campbell said:

"We are hoping to initiate the suicide hotline in the near future."