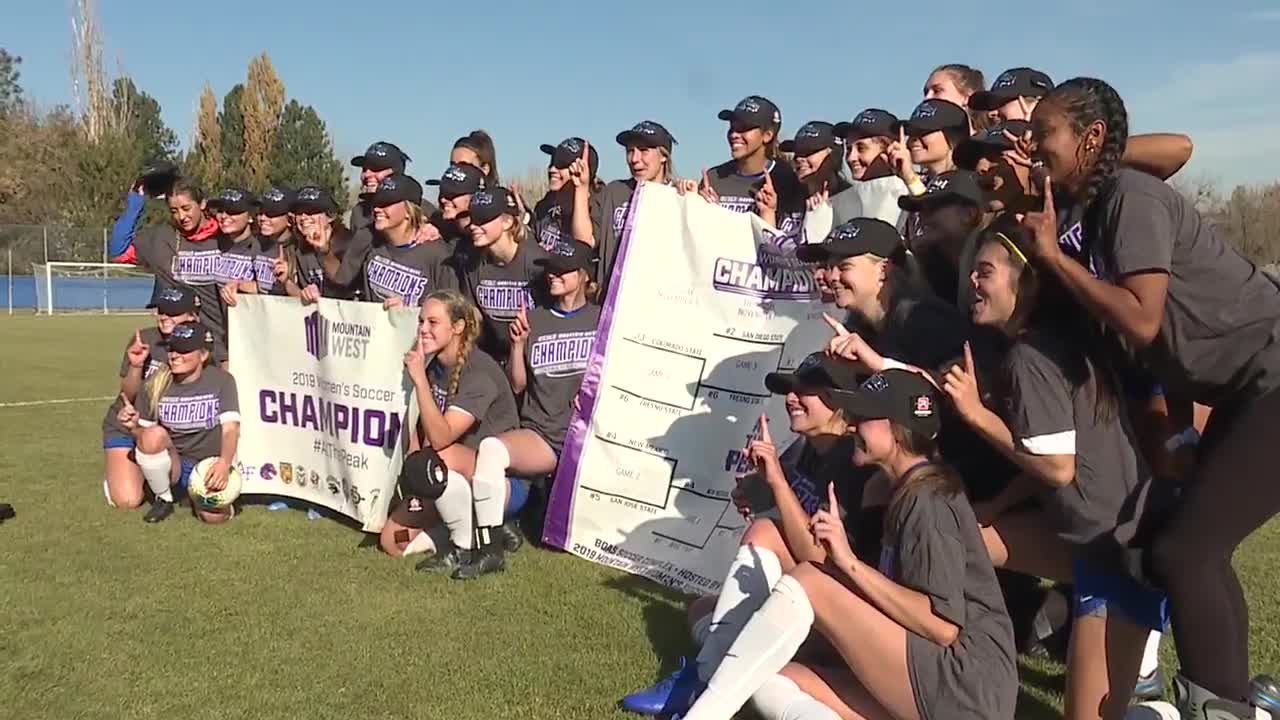 The Broncos got their first goal from Raimee Sherle who ended up winning tournament most valuable player and for the most prolific goal scorer in Mountain West history it was career goal 61.

"I think we are just best friends on and off the field and I think it shows on the pitch how close we are as a group of sisters," said Sherle. "There is no better feeling than winning a big championship game with your best friends."

The Broncos scored their next goal in the second half as Mckenna Kynett found the back of the net with a very impressive header.

"Being a part of this program has been amazing this has been the best choice of my life to come here," said Kynett.

The Broncos will advance to their first NCAA tournament appearance since 2007 after winning the championship.

"This is the culmination of them taking ownership of it," said coach Jim Thomas. "I'm really proud as the guy who gets to be a part of all those things to see them rewarded for the work they've done."