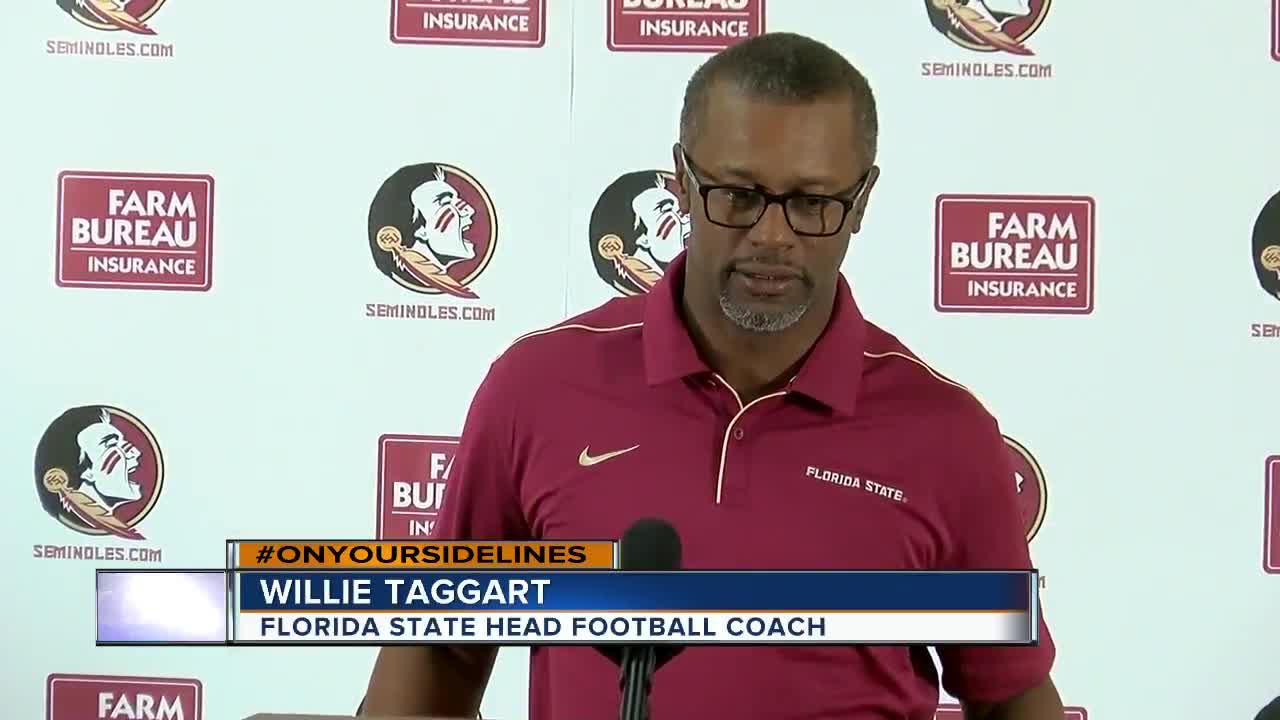 TALLAHASSEE, Florida — While the Broncos are busy preparing for the 2019 college football season, Florida State is also keeping busy in Tallahassee ahead of Saturday's opener against Boise State.

The Seminoles are coming off a 5-7 2018 season (3-5 ACC) under first-year head coach Willie Taggart. Taggart spoke to reporters Monday after practice, saying the Seminoles know the Broncos are a formidable team with 21 consecutive winning seasons behind them.

"One heck of a football program. Coach Harsin has done a great job. He's a Boise guy and understands that program inside and out, and he's done a great job with his program," Taggart said. "I think we all understand Boise and what they're capable of doing. They're a well-coached footbal program."

Saturday's game kicks off at 5 p.m. on ESPN. It's the first time the Broncos have played in the state of Florida. BSU has won 13 of the 21 season-opening games played outside of Bronco Stadium.