Taco Bell Arena could soon have a new name 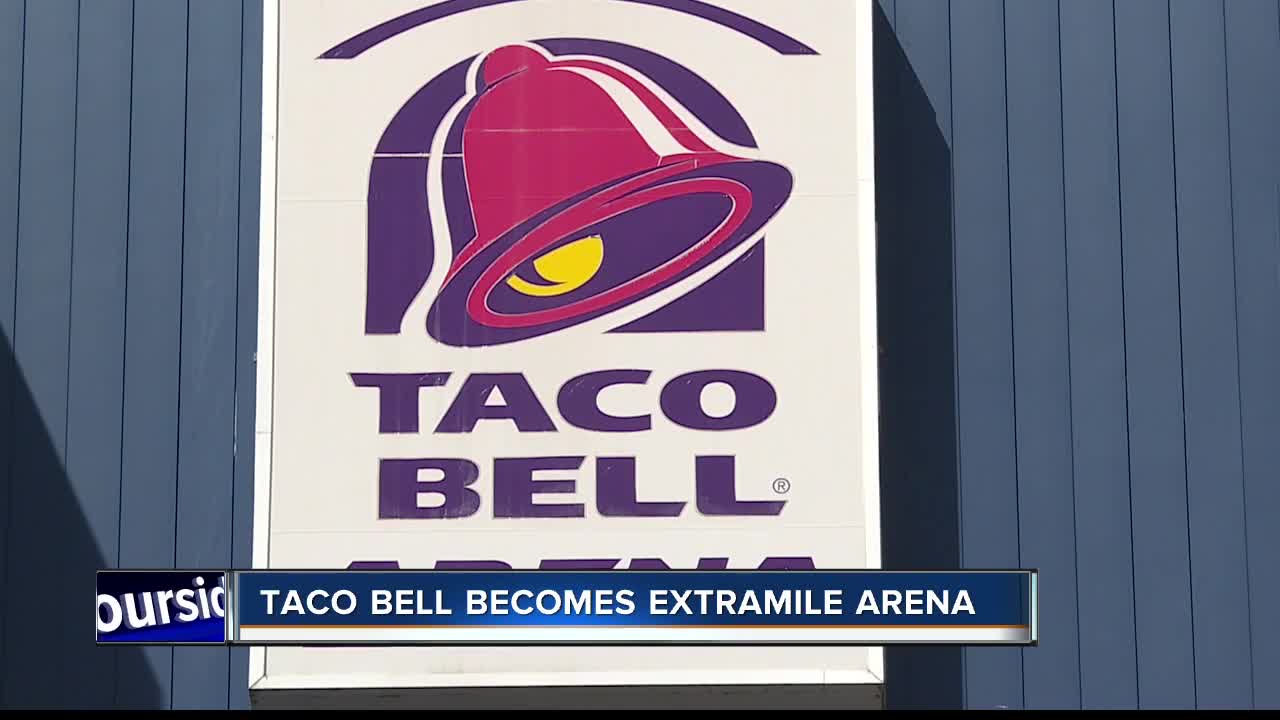 Taco Bell Arena could soon have a new name

BOISE, Idaho — The Taco Bell Arena could soon have a new name, if the Idaho State Board of Education approves a new deal between Boise State Athletics and ExtraMile.

Boise State Athletics has reached an agreement with ExtraMile Convinience Stores LLC to change the name of the famed arena to "ExtraMile Arena" according to the Boise State Director of Athletics.

“We have been working on this for quite some time, and I know this is going to be a great partnership – as was the case previously with Taco Bell,” Director of Athletics Curt Apsey said. “We’re especially grateful that John Jackson and his family, longtime Boise State supporters, were involved in putting this partnership together with ExtraMile.”

Renovations are set to begin upon approval from the State Board of Education, and could start as early as late summer.

“This is a tremendous development for all parties – Boise State, Bronco fans, ExtraMile, consumers, everyone,” said Paul Casadont, EMCS president. “Not only are we supporting a top learning institution with a rich and storied athletic program, we are reaffirming our commitment to consumers as we continue to expand the ExtraMile brand in Idaho, Utah and Nevada.”