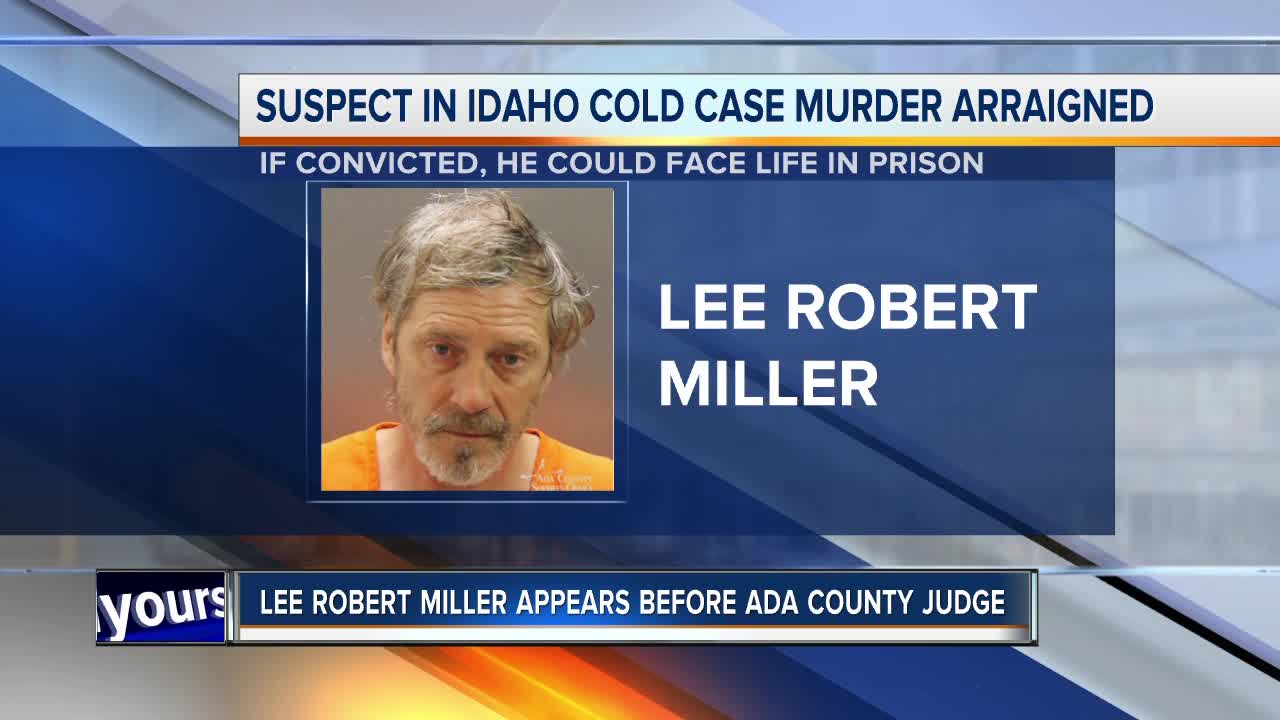 A suspect in a Boise cold case murder made his first court appearance today on a murder that happened back in 1994.

54-year-old Lee Robert Miller is charged with second-degree murder in connection with the 1994 death of 49-year-old Boise resident, Cheryle Barratt.

Miller is being held in the Ada County Jail on a $2 million bond.

His preliminary hearing is set for May 9.

Miller was arrested in Boise January 2 on a warrant out of Kitsap County, Washington, and charged with second-degree murder for the death of Bremerton resident Marilyn Hickey. At that time, Miller was also a suspect in Barratt’s death.

Miller could face up to life in pison.