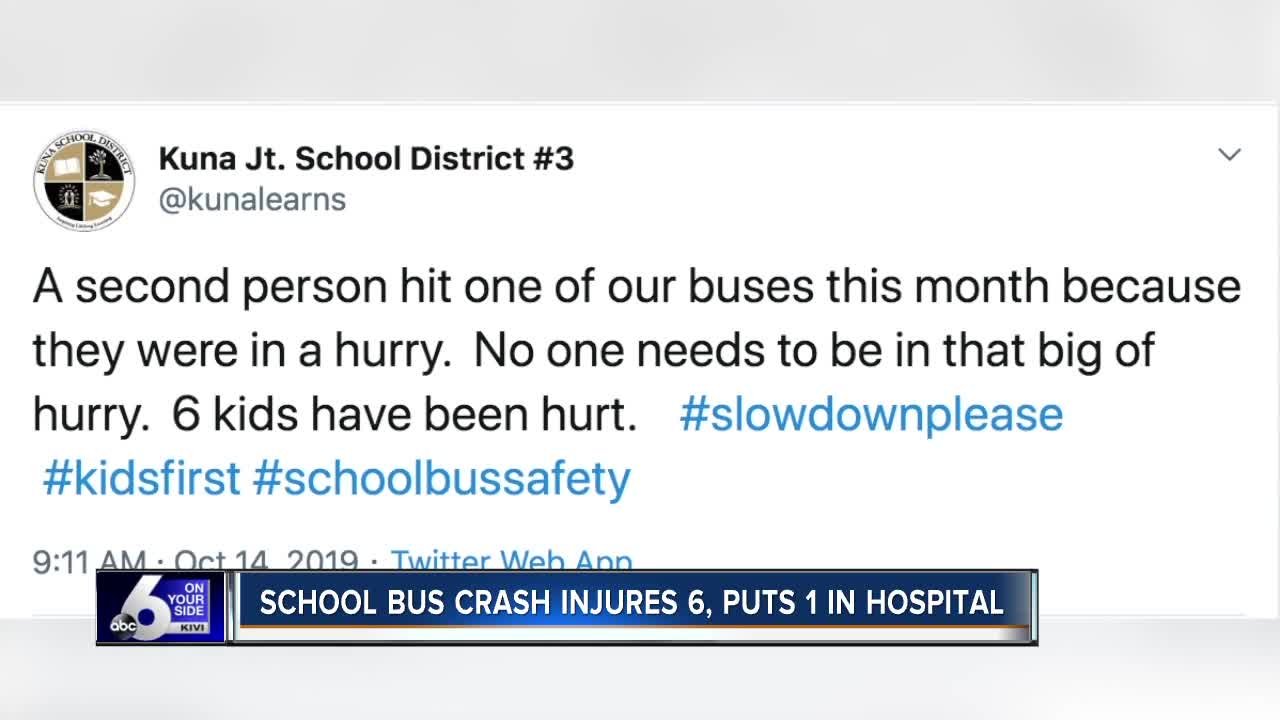 The Ada County Sheriff’s Office says Franklin Hylton, 36, was cited at the scene for failing to yield the right of way from a stop sign.

The crash happened about 7:25 a.m. near the intersection of Linder Road and Linmar Drive.

The bus, transporting middle and high school students was struck by a vehicle, according to Kuna School District Communication Director Allison Westfall.

We will have more details as they become available.