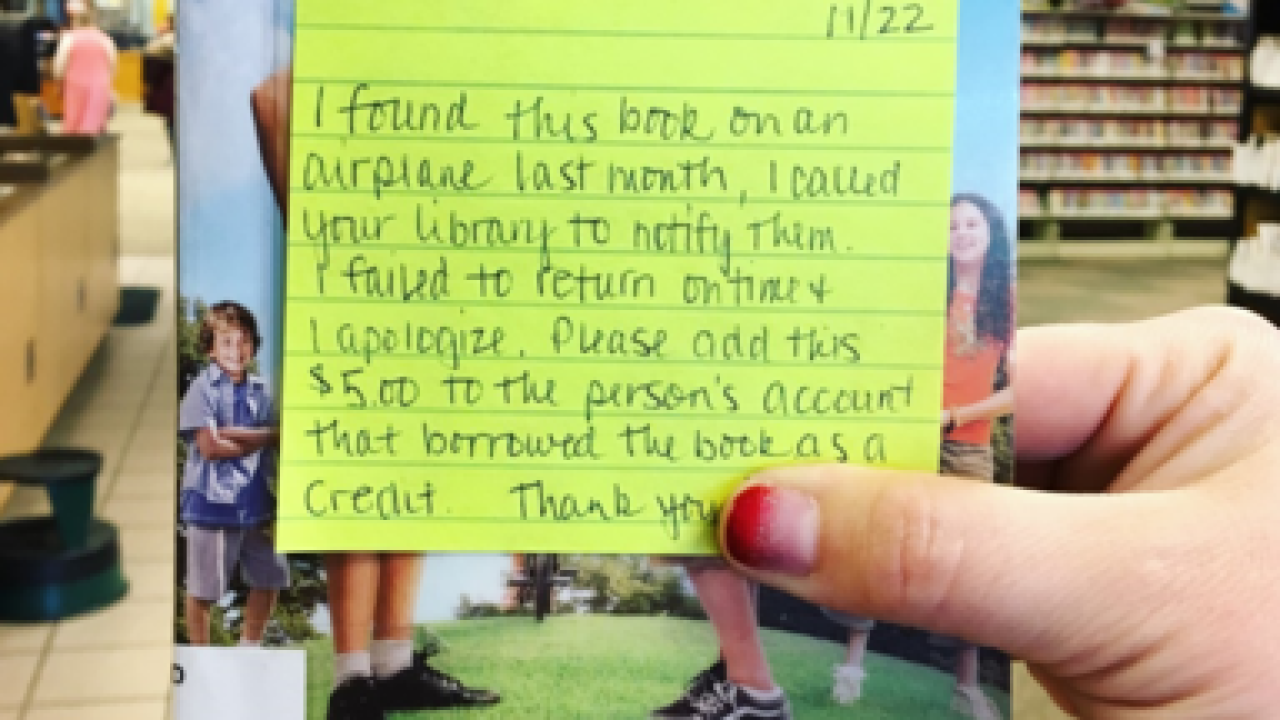 Copyright 2017 Scripps Media, Inc. All rights reserved. This material may not be published, broadcast, rewritten, or redistributed.
Meridian Library

After returning from the Thanksgiving holiday, employees at the Meridian Library District were met with a special parcel in the mail.

Inside the package was a children's book belonging to the library, a note and a five dollar bill.

Camille Hampton, Meridian Library District Public Service Department Assistant Manager, said the person who sent the note called in October alerting the library that he or she found the book on an airplane and would be returning it.

The return address on the package is from Washington state.

"I found this book on an airplane last month, I called your library to notify them," the note reads. "I failed to return on time and I apologize. Please add this $5.00 to the person's account that borrowed the book as a credit."

"Sometimes people will take a book on CD when they travel to Arizona for the wintertime and then they'll send them back, but this one just being found like it was and being returned was a real unique situation," Hampton said. "This was even the bigger thing, having the five dollars inside of it to pay for any fines."

Hampton said the library called the patron who had checked out the book to let them know it had been returned.

"Coming back from the holidays, it just made us all feel so good to know that there are still good people out there, and that people are inherently good," she said.