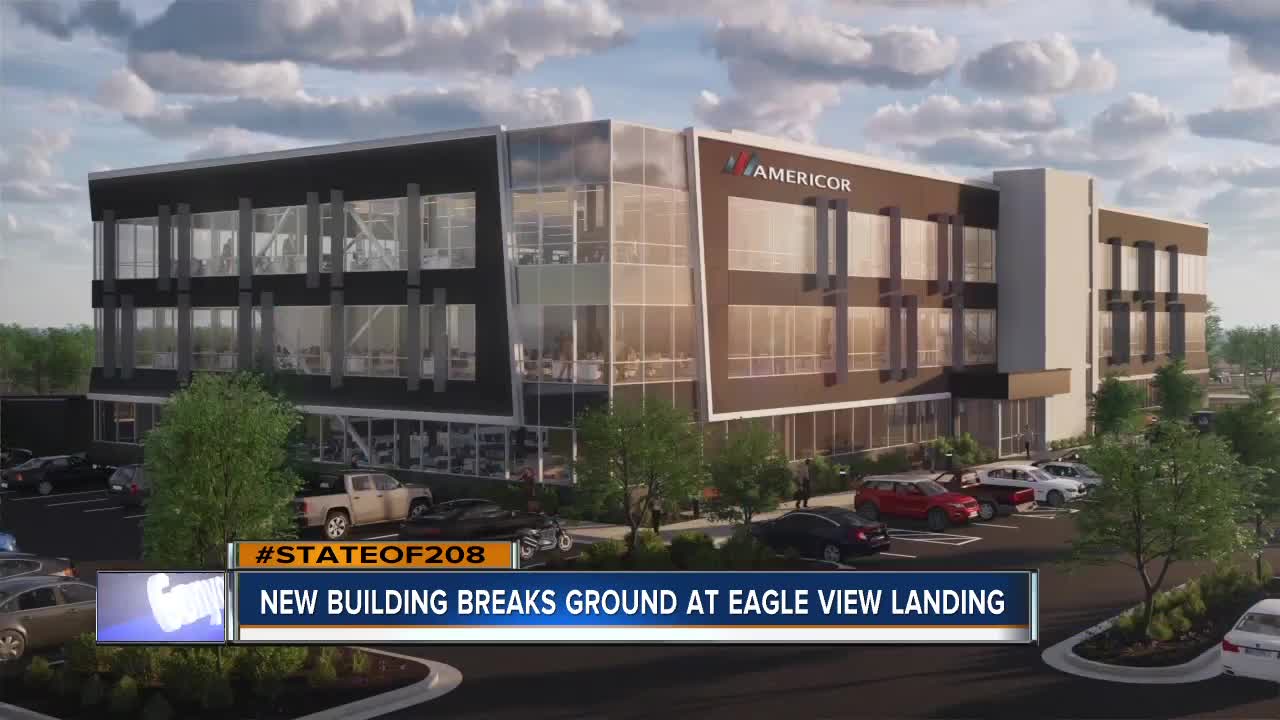 Mayor Tammy de Weerd joined Ahlquist in breaking ground Tuesday on a 3-story office building for loan agency Americor, which, on its own, is estimated to bring approximately 500 new employees to the area.

The lot's owners, Ball Ventures Ahlquist, said the new developments are designed to create a "central hub" for office, retail, entertainment, and even residential in the Treasure Valley.

“Several restaurants, we have a hotel that we’ll be announcing soon, and then office buildings, and then, there has been a lot of talk about a golf entertainment facility," said Tommy Ahlquist, CEO, Ball Ventures Alhquist firm.

Mayor Tammy de Weerd joined Ahlquist in breaking ground Tuesday on a 3-story office building for loan agency Americor, which, on its own, is estimated to bring approximately 500 new employees to the area. The company is slated to join several others on the roughly 55-acre lot off I-84 near Eagle and Overland. The firm is referring to the office park as "Eagle View Landing."

“For a lot of companies that are trying to attract employees, being visible and having a location that's close to where they live is important," said Ahlquist.

Upon completion of Americor’s building, Eagle View Landing will have more than 200,000 square feet of class a commercial office space with more than 300,000 additional square feet to follow in the next several years.

De Weerd, who is not seeking re-election this November, had this to say: "Bringing all these exciting businesses and developments to our community-- this is what we really envisioned 20 years ago."

Americor is not the only company they've announced to take residency on this lot. Idaho Central Credit Union is also getting a 5-story office building.